An action-packed super Saturday is awaiting us with France, Portugal, Germany, and Spain, featuring in today’s Euro 2020 fixtures.

The action begins at Budapest, where France will take on the Basement Boys in Hungary, then we have a thrilling blockbuster encounter between defending champions Portugal and FIFA 2014 WC Winners Germany and we end off the day at Sevilla where Spain faces a tricky challenge in Poland.

France will look to thrive upon its excellent start by picking the early ticket to Round of 16 with a win over the Hungarian side at historic Ferenc Puskas Stadium.

It will not be wrong to say that Hungary has the best-on-ground support at Euro’s this year with 67k roaring at Puskas Arena, the spectators pushed the Hungarian side throughout the game, which eventually paid off with a snatching Hungary goal in the 80th minute but was choked off due to offside.

Despite their recent loss to Portugal, there are no signs of despondency in the Hungarian camp, they went toe-to-toe against the defending champions until the late collapse that proved to be fatal and nourished them an unjustified 3-0 defeat.

The Magyars plan to get the stadium jam-packed, rocking with 67k raucous supporters with 33C weather all is set to make the World Champions France feel the heat.

The French side played admirably against the Germans, they are a very adaptable team that can change its style according to the opposition. They targeted the weakness in Germany and let them have the useless possession. Les Bleus were effective and efficient on the ball and were very potent in counters with the pace of Mbappe, Dembele and Midfield runners in Kante and Pogba they become a dynamo of a team.

After witnessing a spirited performance from their side many Hungarian fans wondered what the result could have been if Dominik Szoboszlai was present in the match against the Portuguese. They missed the young RB Leipzig midfielder dearly.

Hungarian midfielder Daniel Gazdag has been forced to withdraw from the team as he failed to recover from his injury issue. Apart from that, no fresh injury concern’s for Rossi, Freiburg Striker Sallai will get a go-ahead from the start in this game alongside captain Szalai.

For Les Bleus, Kingsley Coman will be back available after he was given leave to be present and celebrate the birth of his child.

Benjamin Pavard revealed he was rendered unconscious in the collision with Germany’s Robin Gosens he felt “a little knocked out for 10 to 15 seconds”, the decision to let him play on was widely criticized over concussion concern surrounding these days.

I predict a 3-1 win for Deschamp’s men with Benzema scoring a brace and Pogba will also get a goal, Hungary will fight hard but they lack the quality to compete with supreme sides though they presented an excellent account of themselves against Portugal. Targetman Szalai will get a goal from the Hungarian side.

Portugal looked like a faded version of their past glory for the first 80 mins against Hungary but then the inevitable happens a late flurry of goals and Cristiano returning to stardom helped Santos’ men secure a comfortable win at the end.

Now their sights are on securing an early spot in the Round of 16 with a statement win over Germany.

For the Die Mannschaft’s, it’s vital that they get something out of this game, they were not that poor as people suggest against France but were unable to create any real chances despite having the lions share of useless possession. It would be a massive failure for Joachim Low’s side if they can’t make it out to the next stages of the competition.

To make the case for the Germans, they will have the home support as they are playing at Bayern’s home Allianz Arena, there’s also an optimism looking at the past record against the Portuguese, they have won each of their last four international fixtures with them, including a 4-0 thumping when the last time these two teams met at the 2014 World Cup.

Sporting Left-back Nuno Mendes had to train individually on Thursday going into preparations for the Germany game, it’s reported that he has a slight thigh issue, so he will be unavailable. Apart from that, there are no injury concerns for Portugal.

Fernando Santos made some very canny substitutions in the last game which worked to perfection, one of them was Rafa Silva who changed the complexion of the game after coming as a substitute, Santos might be tempted to start Rafa over Bernardo Silva.

Ruben Neves may come back into Starting XI ahead of William Carvalho.

Havertz had a nightmare performance against France, Low will not be reluctant to leave him for Leroy Sane which paints a bad picture on Havertz, I do think he’s very talented and he works well in a duo with Timo Werner, they have good chemistry from Chelsea setup under Tuchel.

The recent injury to Lukas Klostermann means Kimmich has to continue in that right wing-back role where he struggled a lot in the last game, he naturally drifts to the centre-midfield area.

It’s a clash of titans between the Portuguese and the Germans, I predict Germany to control the game as usual and finally create something sensible in the final third for Gnabry to score the goal and giving Germany the lead. Then we will witness Germany sitting back a little bit and defending that 1-0 lead which will come back to haunt them as they will concede a late equalizer from Jota.

Germany would be desperate for something out of this otherwise the ramifications of an early exit from the competition would be huge and they have to face huge criticism from the mainstream media back in Germany.

Spain will look to make amends when they host Poland at Seville.

La Roja’s last game against Sweden was a fluke one despite racking up 75% possession and completing 852 passes to their opponents’ 103, taking 17 shots on goal, they were still unable to find the back of the net and a fair share of the blame goes to Juventus star forward Alvaro Morata who wasted some great chances.

Poland surprisingly lost 2-1 to Slovakia in their Euro 2020 opener, their recent form has been pretty disappointing though, have won just once in their last eight matches in all competitions, their performance against Slovak’s was pretty underwhelming too, they have a gem of a player in Peter Zielinski and the world’s best striker upfront in Lewandowski, they surely are much more capable than this.

Earlier in the pre-match presser, Enrique confirmed that Sergio Busquets has rejoined the Spanish camp and is in Top shape which makes him a contender for featuring from the start in the Poland game, though according to the insiders those chances are slim.

Barcelona’s midfield maestro was tested positive for COVID-19 in early June and was sent back home for the self-isolation process, he maintained his fitness levels through some individual training as he was an asymptomatic case. There’s a good chance that he returns to the starting lineup for the nation’s final group game against Slovakia.

Though Enrique has publicly backed Morata and the striker himself hit back at his critics, this has not stopped people from thinking about the possible inclusion of Gerard Moreno, who had an excellent campaign with Villareal scored 30 goals in all comps for the Yellow submarine, he deserves a starting berth ahead of Morata but Enrique is favouring an unconfident Morata.

As for Poland,  Grzegorz Krychowiak will not be available due to the suspension he’s serving for picking a red card in the second half of the Slovakia tie. This gives Sosa a chance to sort things up in the forward area with Zielinski dropping in that 10 role and pairing Lewandowski with another striker in Swiderski.

I predict a crucial win for La Roja with Alvaro Morata hitting back at criticism with a goal and Ferran Torres giving the Spanish side a two-goal lead, Lewandowski will pull one back late in the game as a consolation for Poland. The pressure will be on Lewandowski to carry this Polish side throughout the 90 minutes with Zielinski being the only supply chain.

Do let us know your predictions in the comments below and for more updates join us in the Forums section. 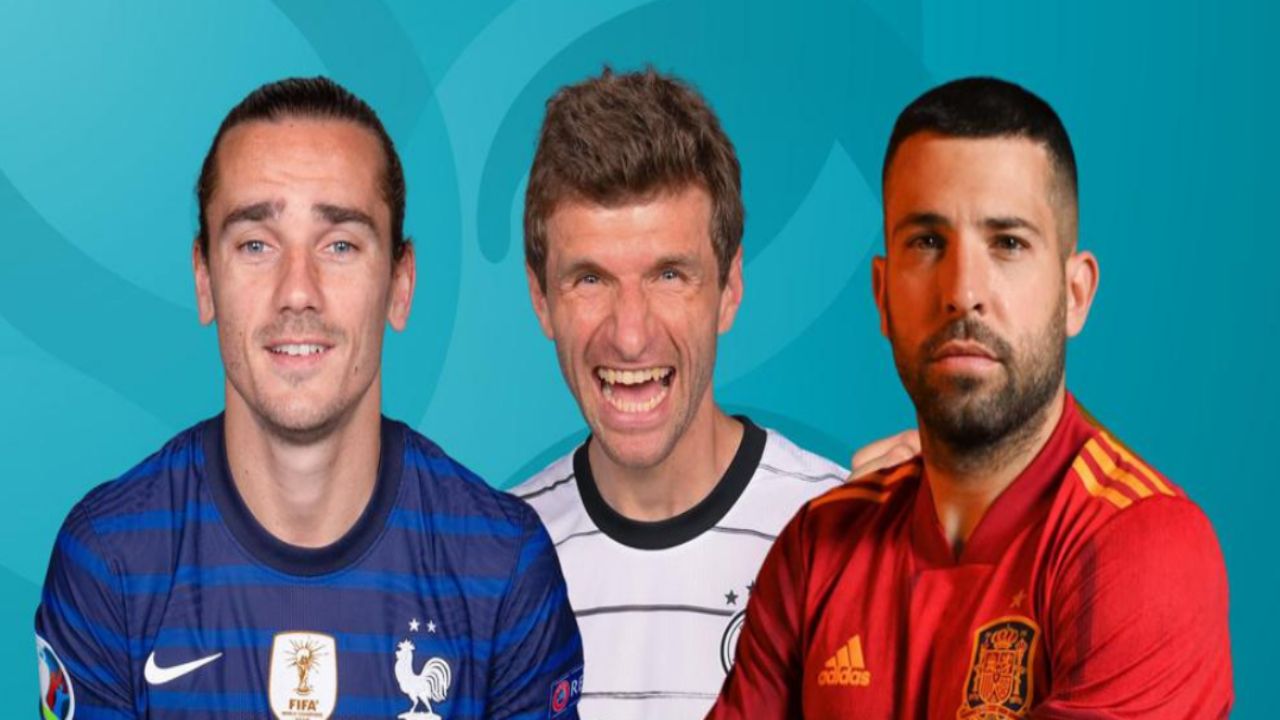