Group B kicked off in Copenhagen with Denmark facing the tournament newbies Finland.

Having never been to a tournament finals before in their 75 year history, the Fins looked to pull an upset against tournament dark horses, Denmark.

With the quality of Thomas Delenay, Kaspar Schmeichel and Christian Eriksen to name a few, the Danish faithful would almost expect a win against local competitors Finland to begin their Euro 2020 campaign.

Denmark controlled the possession in the opening proceedings of the game, but without truly testing Hradecky in the Finnish net. The first real chance of which came on 15 minutes, through Tottenham midfielder Hojbjerg, who wins a header on the penalty spot after a whipping cross from the left wing. The ball looped high and forced the Finnish keeper to tip the ball over the crossbar.

Just 4 minutes later, Hradecky denies Eriksen from an opener, after he drives forward and strikes the ball toward the bottom left-hand corner. Despite the ball needing to travel through a sea of players, the shot makes its way through and forces a save. Denmark began to look more threatening.

Norwich’s Teemu Puuki was finally given some service on 24 minutes, however was pulled back to a certain degree by Danish Centre back Kjaer, who won the duel. Pukki’s appeal to English Referee Anthony Taylor was dismissed.

After a handful of chances for both sides through Braithwaite and Toivio both of which are sent wide, the game remained goalless

However just before half time, a far more serious event than the match itself, as Danish attacking midfielder Christian Eriksen collapsed on his own accord in what appeared and indeed was an extremely serious situation.

To the relief of all, Christian is currently in a stable condition in hospital. All at World in Sport wish Christian the best and a speedy recovery.

A novel second half began very much how the first did. Denmark patiently moving the ball around, controlling the game and possession, but with little conviction of scoring. Jensen for Denmark thrashed a shot at goal but sails. Denmark yet to strike a passage of pure quality in the final third as of 50 minutes.

On 58 minutes, Braithwaite completes a tenacious run down the left wing, subsequently crosses the ball in to the box, which is cleared initially, but falls to Delany who also fires over the bar.

ALSO READ: PSG keen on Donnarumma and Hakimi deals after nabbing Gini Wijnaldum away from Barcelona

A minute later, completely against the run of play Finland took the lead. Uronen delivers a cross to Pohjanpalo, who snuck between two Denmark defenders and shot straight at Schmeichel, who couldn’t keep the ball from crossing the line. It is a must save for Schmeichel, who would have liked to have done far better. The favourites found themselves down a goal, with 30 minutes still to play.

After conceding, Denmark returned back to controlling the ball, playing the ball around passively. The ball was moving around slowly, and inaccurately and the longer the game continued, the more the Finnish players were staring to believe in a surprise 3 points.

Another twist in the game, this time with a penalty awarded to Denmark. Arajuuri slides in on Pulsen, after a through ball from Hojbjerg. There appeared very little contact if any at all however the referee took his time and awarded a penalty.

Hojbjerg tried for the bottom right-hand corner, but the penalty ended nowhere near there and was collected comfortably by the keeper. It was a poor penalty by the Premier League midfielder and Denmark remain behind with 15 minutes left to play.

Finland maintained and found success with their ridged 4-4-2 formation; however keeper Hradecky gifts a chance to Denmark with less than 5 minutes as he misses judges a cross from the right-wing entirely, which falls to Pulsen who cannot adjust himself in order to hit the ball. Finland just about survives a late scare.

It is a historic win for Finland in their first-ever appearance at a major tournament, 1 more point in their next two games against Belgium and Russia may just secure them a place in the Round of 16.

However, tonight is about more than football and is of course a relief to all that Christian Eriksen is in a stable condition. The mental strength of both sets of players, who were able to step out and play the remainder of the match is nothing short of admirable. 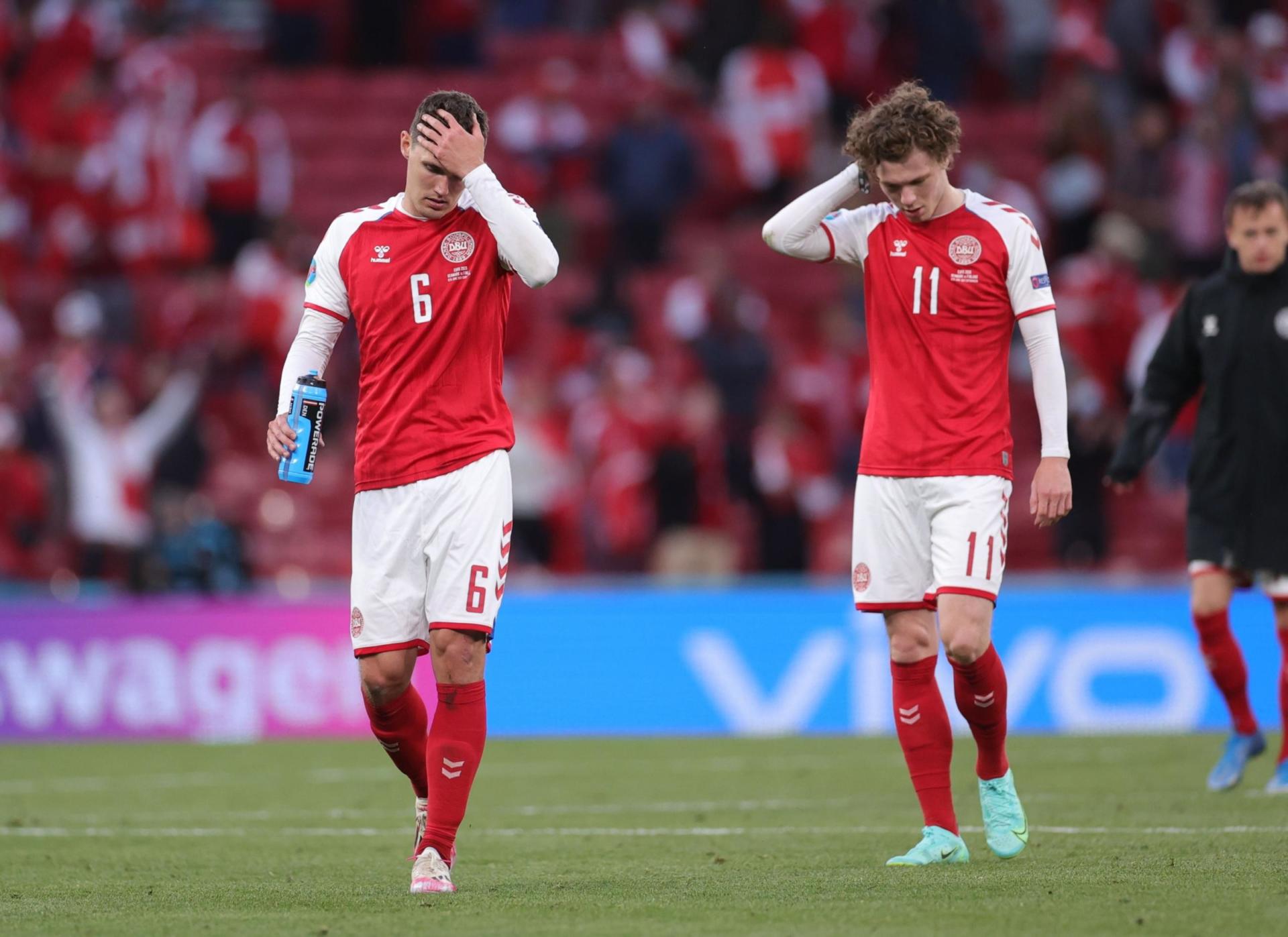