The Raptors rested Kawhi on the second night of a back-to-back and third game in four days to open the season.

Washington finished the game without their head coach Scott Brooks. Bradley Beal scored 32 points, going 6-11 on threes and broke Gilbert Arenas’ all-time record for three-pointers made in a Wizards uniform. John Wall added 25 points and 6 assists for the Wizards but there wasn’t much else aside from those two.

Moments after the record, Beal was called for charging. Then, Lowry sank a 3-pointer while falling into the lap of a front-row spectator. That put Toronto back ahead 109-101 with 3 minutes remaining. Two more baskets by Lowry followed, then a jumper by Fred VanVleet sent DC fans home with yet another loss.

Why did Scott Brooks get ejected?

Moments after Beal argued a call while on defense, he got incensed when he thought Toronto should have been whistled for a foul when Wall tumbled to the court on a drive to the basket. There was no call, though — except a technical foul on Beal. Then Wall and Brooks got into it with the officials, resulting in Brooks’ ejection. Lowry made two free throws to boost the Raptors’ edge to 102-89.

While Washington contains mostely the same group of players, their biggest offseason acquisition, Dwight Howard, has yet to suit up in a Wizards uniform due to a sore backside. Ian Mahimni started today and did not have the best of games. He shot 0 of 3 and accumulated more personal fouls (four) than points (two).

Why did Toronto sit Kawhi?

The Raptors, meanwhile, were without Kawhi, who helped Toronto start 2-0 by averaging 27.5 points and 11 rebounds in his first two games with the club after arriving in a trade with the San Antonio Spurs. But Kawhi had only played in nine games for San Antonio in 2017-18, missing most because of a quadriceps injury, and so coach Nick Nurse said it was best for his team’s top player to rest during Toronto’s third contest in four nights to open this season.

Raptors: Never trailed by more than five points. … Now 15-4 against the Wizards over the last five years. … Toronto has six pairs of back-to-backs this season, one fewer than a year ago, when it went 9-5 in those games.

Wizards: After not taking a single 3-point shot in Game 1 despite being under orders to let it fly from beyond the arc this season, Otto Porter hoisted three attempts in the first four minutes Saturday. He went 0 for 3 on those, but wound up 2 for 7 on 3s. … Brooks said he didn’t speak to his team at all about having lost its playoff series against Toronto last season. “I have not mentioned it one time to the guys,” Brooks said. “What does it really mean? I don’t know.”

What’s next for the Washington Wizards?

Washington has to get it together and they need to do it quickly. They begin their West Coast road trip on Monday night and they do not look ready for it at all. Washington does not look different at all from the team that won 43 games and got bounced by the Raptors last year.

For starters, Ernie Grunfeld has always done a subpar job at building the roster and the lack of depth is starting to show. He is also responsible for handing out expensive contracts to players who are nowhere near deserving of it. Otto Porter and Ian Mahimni are prime examples.

Secondly, Scott Brooks and his belief in keeping the roster the same is starting to show. Rather than try something new and put Troy Brown or Thomas Bryant in, he sticks with the same depth chart as before.

Lastly, the players are underperforming. Outside of John Wall, Bradley Beal and possibly Jeff Green, no one is proving their worth in a Wizards uniform. You would think that with players in contract years, everyone would be overperforming but that’s certainly not the case. 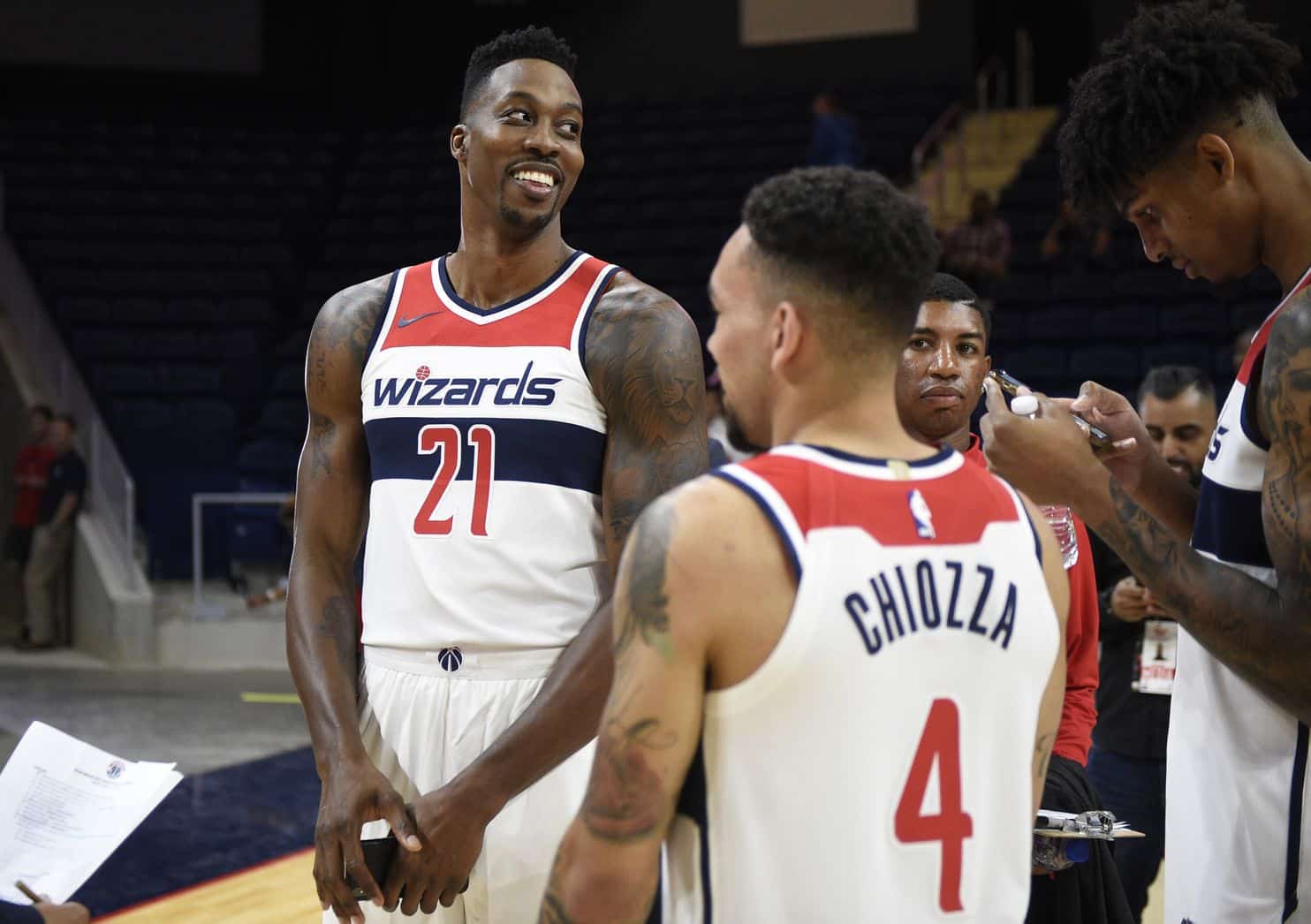