Thursday night saw an important game at both ends of the table at The King Power as third-placed Leicester City took on second-bottom West Brom, let’s find out how it went…

The Foxes form has stumbled a bit in the Premier League, and two defeats on the bounce have seen their top-four chances come under serious threat from the teams below them, whilst West Brom has in contrast won their last two in the league but still have nine points to make up on fourth-bottom Burnley, and with a much more inferior goal difference too, they really needed ten, although even if they did win in this one survival was still an outside bet.

The Foxes were buoyed though after they reached the FA Cup final last weekend with a slender win over Southampton at Wembley, so could they take this confidence into tonight’s game against The Baggies? It was just as important for Leicester to grab the points here as they are only three points above seventh-placed Liverpool, so three points would ease their fears of dropping out of the top four for now at least, and they do not want a repeat of last season when just that happened after a poor end to their campaign.

Leicester made two changes from the side that won that cup semi-final at the weekend, James Maddison was back, which was a boost for the hosts, whilst Luke Thomas was in for full-back Ricardo Pereira, whereas West Brom was unchanged from the side who mauled Southampton last time out, meaning Ainsley Maitland-Niles and Kyle Bartley made the side despite doubts after injury concerns, so good news for the visitors.

Who would strike first, well Kelechi Iheanacho should have given Leicester a third-minute lead after pinching the ball of Connor Townsend to stride through on goal, but a poor touch allowed Sam Johnstone to narrow the angle and eventually save, whilst West Brom saw an effort from Mbaye Diagne well blocked moments later, but midway through the half Leicester struck…

A lovely pass from Youri Tielemans released Timothy Castagne whose ball across found Jamie Vardy who ended his recent goal drought by striking home from sixteen yards out, and then two minutes after that it was two as the visitors switched off as a corner from Tielemans came off Matty Phillips and straight into the path of Jonny Evans who powered home a header at the back post, and Leicester was now in total control.

Castagne then thumped an effort again the post as Leicester went close to a third, and then West Brom almost found a route back in when Matheus Periera’s corner came off the top of the bar, but The Foxes did then make it three nine minutes before the break when Thomas played Vardy down the left and he beat his man and charged into the box before laying in strike partner Iheanacho who took a touch and fired home, it had been clinical from Leicester and they were enjoying themselves here.

It should have been four as well before the break when a lovely move involving Maddison, Thomas and Castagne saw the latter find Iheanacho in the middle and he took a wonderful touch to set the ball in front of him but could over blast over, but the hosts were causing the Baggies defence, which had been ordinary at best, countless problems, and the visitors had one hell of a mountain to climb in the second period, one that was pretty much impossible in fact, Leicester had been superb.

It was obvious what the visitors thought too, they brought on centre half Semi Ajayi for the second half and went three at the back to try and sure up their backline and make sure this wasn’t going to be embarrassing, goal difference wasn’t on West Brom’s side, but they had shown no fight in this one in what was a very disappointing performance from a side supposedly fighting for survival.

The Foxes naturally didn’t hit the highs of the first half where they were superb, but they didn’t need to quite frankly and cruised through the second period in total comfort and strolled to the points to solidify their place in third and enhance their champions league chances too, for West Brom it looks bleak now, as bleak as tonight’s performance, and they now need a miracle to stay in the Premier League with the ‘Great Escape’ looking unlikely now. 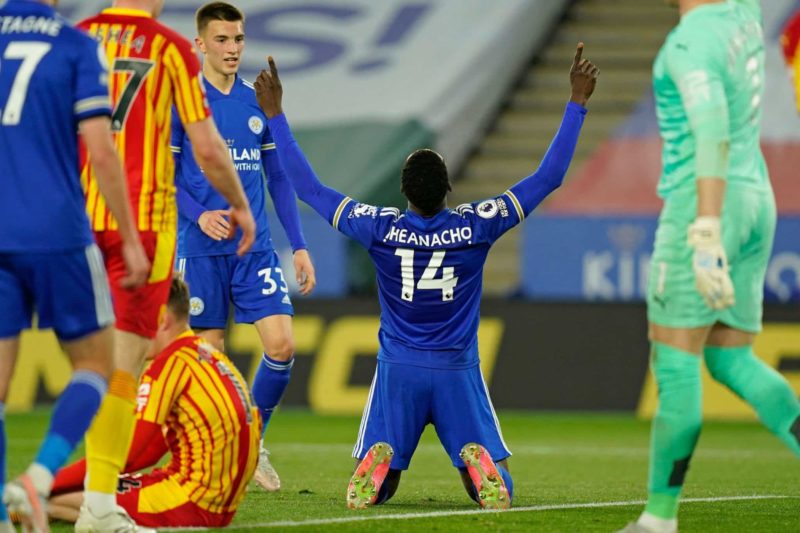