FIFA’s scheduling committee formally recommended on Tuesday what most had been expecting for the 2022 World Cup in Qatar, moving the tournament from the summer to months where it is cooler, between November and December.

Technically, it was not an official announcement after a six-month evaluation.

The committee, which is composed of representatives from each of the soccer confederations around the world, can only offer a November-December World Cup as a proposal.

FIFA’s executive committee will meet up on March 19 and 20 will then make the final decision on when the tournament is played.

Qatar’s bid proposed a summer event, but temperatures in the Gulf state could pose a potential risk to the health of players and fans.

Head of Fifa’s task force Sheikh Salman bin Ebrahim Al-Khalifa has ruled out May, the preferred option of Europe’s top leagues and clubs.

Asian Football Confederation head Sheikh Salman bin Ebrahim Al-Khalifa told reporters in Doha on Tuesday that those dates would be put to FIFA’s executive committee to be ratified next month.

It is a move sure to set world soccer’s governing body on a collision course with the major European leagues which would prefer an April-May option to minimise disruption to their lucrative domestic programmes.

“All parties have to compromise, not just the Europeans,” Sheikh Salman said.

The task force have given its reasons for deciding on November and December, they say:

Besides all that, Qatar won the World Cup bid on the basis of holding a summer tournament, Fifa task force says November/December is only ideal option.

A FIFA statement read: “The proposed event dates have the full support of all six confederations. The proposal will be discussed at the next meeting of the FIFA executive committee, scheduled to take place at the home of FIFA in Zürich on 19 and 20 March 2015.

“The outcome of the discussions is also a proposed reduced competition days schedule with the exact dates to be defined in line with the match schedule and number of venues to be used for the 22nd edition of football’s flagship event.”

A statement read: “UEFA believes that – for the benefits of players and fans – the event should be played in winter and now awaits the final decision from the FIFA executive committee meeting.

“UEFA sees no major issues in rescheduling its competitions for the 2022/23 season, should the 2022 FIFA World Cup proposal be approved by the FIFA executive committee, and UEFA acknowledges that the competition may be shortened and thus that the release period of players be reduced.” 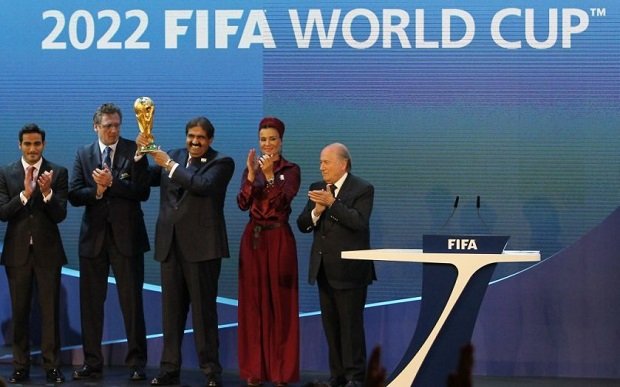