Initially rising to prominence at the 2002 FIFA World Cup in South Korea and Japan, Klose started as he meant to go on, scoring a hattrick of headers on his World Cup debut in an 8-0 German win over Saudi Arabia.

The 2nd group game proved tougher as despite Klose again scoring a well-taken header, a 92nd-minute equaliser from Ireland’s Robbie Keane meant the points would be shared. In a fiery final group game versus Cameroon which included an incredible 16 yellows and 2 red cards, Klose scored his 5th headed goal of the tournament to round off a 2-0 win.

Despite being expected to pick up an easy victory in the last 16 vs Paraguay, Klose was kept quiet as Germany had to wait until the 88th minute for Oliver Neuville to get the breakthrough, sealing a 1-0 victory. Again it would be a tense 1-0 win that saw Germany emerge victorious against USA in the quarter-final.

The semi-finals of the 2002 FIFA World Cup saw Germany take on one of the host nations, South Korea. In front of a raucous 65,000-plus attendance in Seoul, Germany once again picked up a 1-0 victory thanks to a Michael Ballack goal with Klose subbed off just after the hour having been frustrated by the South Korean defence.

Nevertheless, Klose would be one of the first names on the German teamsheet for the World Cup Final against Brazil. Unfortunately for Klose and Germany, an inspired Ronaldo would twice put the ball in the back of the net giving Brazil a 5th World Cup win.

4 years later, the World Cup would be held in Germany. For Klose and the rest of the squad, this represented a once-in-a-lifetime opportunity. Facing off against Costa Rica in the tournament opener, Klose struck twice in a 4-2 win, picking up the man of the match award. After a 1-0 win over Poland, Klose would once again bag a brace in the final group game versus Ecuador as Germany won 3-0 sealing top spot in the group.

Despite having now scored 9 FIFA World Cup goals, Klose was still yet to trouble the scorers in the knockout stages. With Lukas Podolski scoring twice to secure a 2-0 win over Sweden in the last 16, Klose finally broke this taboo in the quarter-finals against Argentina. With Germany trailing 1-0 with 10 minutes remaining, Klose scored the leveller, with Germany eventually emerging victorious after a penalty shootout.

Sadly for Germany, the semi-final match against Italy would not result in a 2nd straight World Cup Final. With the score at 0-0 in the dying moments of extra time, looking to be heading for penalties, Italy struck twice in the 119th and 121st minutes respectively to break German hearts.

Once again, Klose would return 4 years later, still a key part of the German team. Scoring his 10th group stage goal in a 4-0 victory over Australia, Klose was then sent off for 2 yellow cards against Serbia meaning he would miss the final group game against Ghana through suspension.

Returning to the German side for the last 16 match against old rivals, England, Klose would open the scoring in the 20th minute as Germany ran out comfortable 4-1 winners. This would be his 12th all-time FIFA World Cup goal, equalling the great Pele.

Making his 100th Germany cap against Argentina in the quarter-final, Klose would score 2 twice in a 4-0 thrashing of their South American opponents, equalling Gerd Muller’s record for most FIFA World Cup goals for Germany in the process.

A 1-0 defeat to Spain in the semi-final would follow and with Germany manager Joachim Low opting not to play Klose in the 3rd place playoff, Klose would be forced to wait 4 long years to get another chance to etch himself into immortality and overtake Ronaldo as the all-time top scorer in World Cup history.

With the 2014 tournament representing his 4th and final chance at World Cup glory, the now 36-year-old was more of a squad player than a guaranteed starter. As such he was not involved in Germany’s 4-0 win over Portugal in the opening group game. Coming off the bench in the 69th minute vs Ghana, Klose made an instant impact, scoring just 2 minutes after coming on equalling Ronaldo’s tally of 15.

ALSO READ:  Are Everton falling into another relegation battle?

Klose played the 2nd half of the final group game versus USA, however, he was unable to score and after not playing a part in the 2-1 win over Algeria in the last 16 then drawing a blank against France as Germany won 1-0 in the quarter-finals, time was running out for Klose.

The 2014 FIFA World Cup semi-final between Brazil and Germany has gone down as one of the most memorable matchups in the long history of the tournament. As Germany ran out winners by an incredible 7-1 scoreline, Miroslav Klose scored his record-breaking 16th World Cup goal, overtaking Brazil great Ronaldo just to rub salt in the wounds of the Brazilian fans.

In a fairytale ending, Klose’s final World Cup match would see him finally get his hands on the famed trophy as a 1-0 victory over Argentina sealed victory for the Germans. Shortly afterwards Klose would hang up his international boots, retiring with an incredibly impressive record of 71 goals in 137 appearances for Germany, including 16 in the World Cup.

With Qatar vs Ecuador kicking the 2022 World Cup later today, the squads will be full of strikers hoping to emulate the great German, dreaming of scoring just once on football’s biggest stage let alone 16 times… 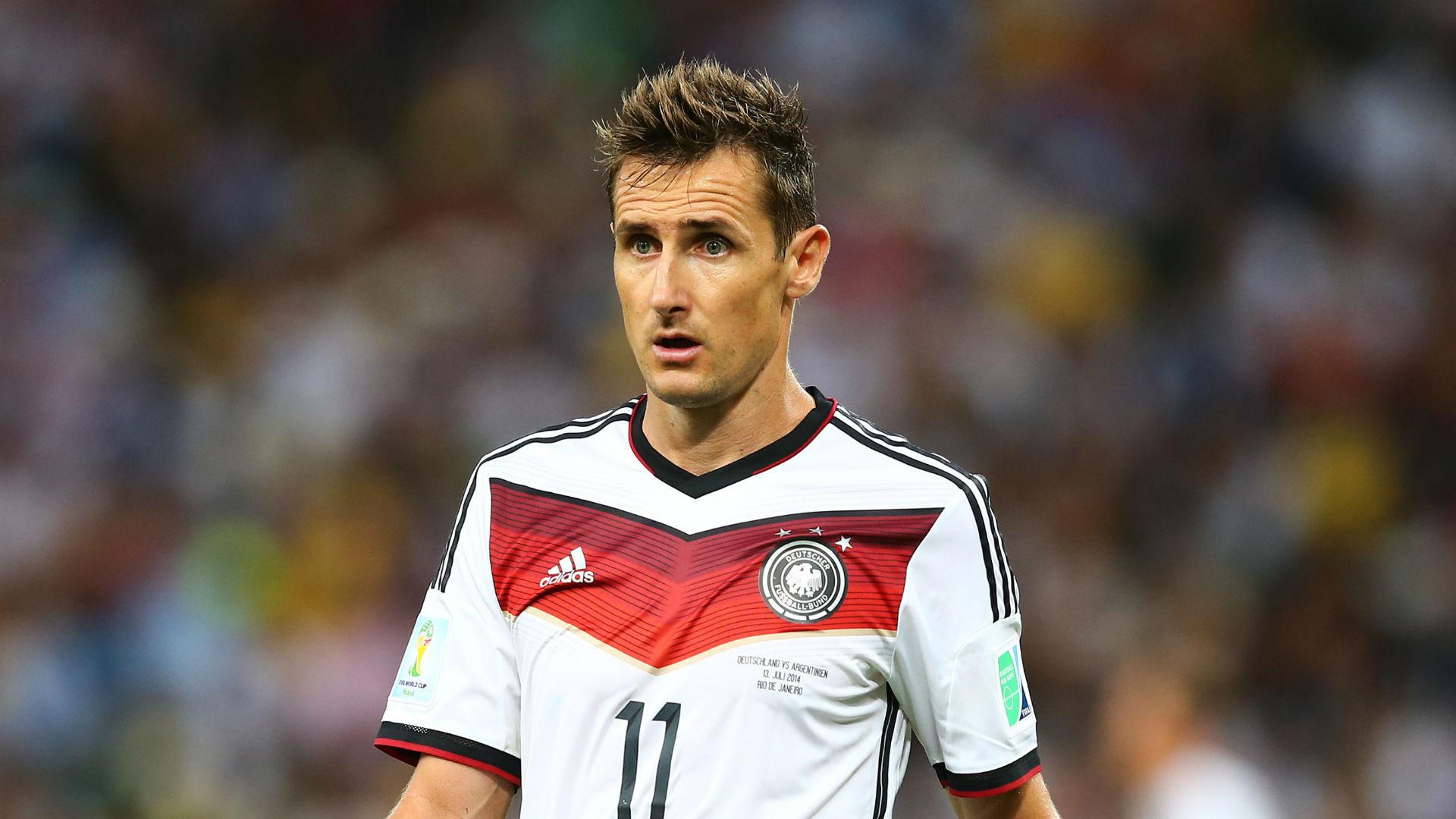