It’s been a while since I last did a golf article and after a request to do one here it is, and let’s have a look at what’s happened on the European Tour in the last few weeks, well we have had three first time winners on the tour. Richard Bland finally grabbed his maiden title at the Betfred British Masters at The Belfry in mid-may, whilst an emotional Marcus Armitage claimed victory at the Porsche European Open in Hamberg, and Jonathan Caldwell netted his maiden victory in the latest tournament, the Scandinavian Mixed in Gothenburg.

One player who is flying at the moment on the tour is South African Garrick Higgo, who won twice on the Canary Island tour with victories at the Gran Canaria Lopesan Open in Las Palmas, and then two weeks later won the Canary Island Championship in Tenerife, and then he even conquered the States as well in their latest PGA event when he claimed his maiden win over thereby winning the Palmetto Championship at Congaree, so the youngster is certainly making strides ahead of this week’s third major of the season, the US Open at Torrey Pines.

Shall we have a look at how the Race to Dubai is shaping up, yer why not…

American Billy Horshel leads the way ahead of Englishman Tyrrell Hatton, and then come two more American’s in the shape of Collin Morikawa and Will Zalatoris, it’s good to see these young American’s trying their hand on the other side of the pond which wasn’t always the case back in the day, it’s also good to see some of our well-known names this side of the pond trying to crack America too, and Higgo now has a win on that tour now, which is more than some more established names have managed over there.

Higgo has jumped into eighth in the R2D rankings now and is just behind fellow South African star Louis Oosthuizen, also nice to see experienced Englishman Paul Casey in the fifth spot, whilst exciting Italian golfer Guido Migliozzi is in ninth on the rankings list.

Those first-time winners I spoke about, well Bland is now up to 14th in the rankings after his first win a few weeks ago, whilst Armitage is now 28th and Caldwell 43rd, so amazing what a win can do for you in ranking points as well as confidence and morale.

Let us now head over the pond and onto the PGA Tour and see what is happening over there over the last few weeks, well Sam Burns finally broke his duck and won for the first time at the Valspar Championship in Palm Harbour, Florida, in what was a very emotional win for him and his family, and Rory McIlroy finally was a winner again after claiming victory at the Wells Fargo Championship at Quail Hollow.

K H Lee netted victory at the AT & T Byron Nelson, Jason Kokrak saw off the challenge of local favourite Jordan Speith to win the Charles Schwab Challenge at Colonial, whilst Patrick Cantlay climbed to the top of the FedEx Cup standings after he won the Memorial Tournament at Muirfield Village, and of course, our very own Higgo won the latest leg of the tour as mentioned above, which was a superb performance indeed, and shows the young South African can go far in this game.

I would also like to say how nice it is to see Spieth back at the top of the game and winning and contending for tournaments again, he has had to work so hard to get back to where he would like to be so hats off to him for that, he is certainly a very popular member of the tour and of the golfing community as a whole, so we were all chuffed to see him win at the Valero Texas Open in front of his adoring local fans.

Shall we have a look at the Fed Ex Cup standings, again why not…

Cantlay leads the way followed by Bryson DeChambeau and Spieth, recent winners Burns and Kokrak are in the top ten, whilst Victor Hovland and Morikawa are in the top ten of both tours, whilst it is very strange to see the likes of Dustin Johnson, who is 13th in the standings, and Rory McIlroy, who is 26th, outside the top ten of the standings, as well as Jon Rahm, Brooks Koepka and many others who will no doubt like to improve their rankings in the weeks to come, starting with the US Open which begins on Thursday.

The biggest story though since the last time I wrote a golf piece was Phil Mickelson’s extraordinary US PGA triumph at Kiawah Island, becoming the oldest player to win a major just short of his 51st birthday, what a man and what a player he is, to keep yourself that fit at that age and to have the hunger and desire for so long is a testament to him and his team around him, it was certainly a very popular win, and the scenes around the final green where unbelievable, something that will live long in the memory that is for sure.

Both tours now combine, well for the top players at least, as the US Open takes place at Torrey Pines, San Diego, California, Mickelson country basically, this is the only major he now needs to complete a career grand slam, would be some story if he could pull that off.

DeChambeau is the defending champion after his walkaway victory last year, can he do it again, or can the likes of DJ, Justin Thomas, McIlroy, Spieth etc net a major win instead? We will find out soon enough… 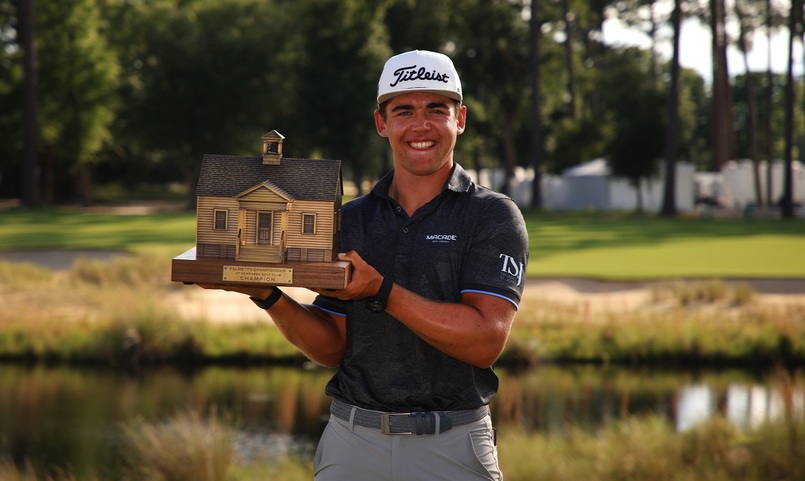