It’s finally on, the official announcement has made. Former multi-division boxing world champion Floyd Mayweather has announced he will fight UFC lightweight champion Conor McGregor in Las Vegas on August 26.

Mayweather–McGregor both confirmed the fight on social media on Wednesday.

As we reported back in March, both fighters set to earn huge sums on money in “The Money Fight“.

It is reported that both fighers could earn $100m (£78.4m) from the bout, which would be one of the richest in boxing history.

The bout will be distributed via Showtime pay-per-view. It will be an entirely boxing card. Mayweather Promotions will be the lead promoter.

According to UFC president Dana White, the fight will be at T-Mobile Arena in Las Vegas and will be contested at 154 pounds.

It will be a standard, 12-round boxing match with 10-ounce gloves. The Nevada Athletic Commission on Wednesday approved the request from Mayweather Promotions to put on a boxing card on Aug. 26 at the MGM Grand. The venue could change, however, to T-Mobile.

The fight is to take place under normal boxing rules, despite McGregor having never boxed either as an amateur or professionally.

Former five-weight world champion Mayweather, widely considered the greatest boxer of his generation and retired unbeaten in 2015 after 49 bouts.

It followed a successful defence of his WBC and WBA welterweight titles, a victory that equalled Rocky Marciano’s career record of 49-0.

The fight with McGregor, in addition to paying him in excess of nine figures, will give him the opportunity to improve to 50-0.

If Mayweather Jr. can reach 50-0 without a draw on his record, he’d be breaking a record that has stood for the past 60 years. That’s a big deal.

UFC’s Conor McGregor, who has never boxed professionally, became the UFC’s first dual-division champion in November 2016 and has previously challenged Mayweather to a fight under mixed martial arts rules.

He was granted a boxing licence by the California State Athletic Commission in December, allowing him to box in the US state.

UFC president Dana White, who played a lead role in negotiations on behalf of McGregor, told ESPN: “We have been in talks for a while.

“They went smooth. Floyd Mayweather surrounds himself with smart people and we got the deal done. The impossible deal is now done.”

“But the reason Conor McGregor’s as big as he is is he’ll fight anybody, anywhere, anytime. He will go after Floyd Mayweather and he will try to knock him
out.”

The 40-year-old Mayweather last fight was back in in September 2015 after winning his 49th consecutive bout against Andre Berto.

Mayweather has been installed as a heavy favourite by Las Vegas oddsmakers and many pundits dismiss McGregor’s chances under boxing rules against one of the greatest defensive fighters in history. 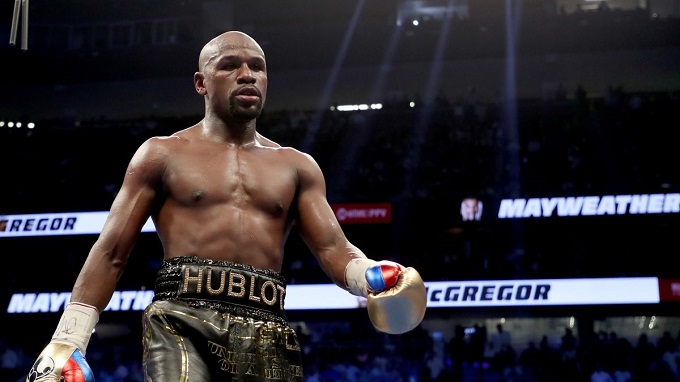