This past Friday and Saturday saw the culmination of both the European Challenge and European Champions Cups.

Crowds were finally welcomed back to Twickenham, with 10,000 fans in attendance on Friday night to witness Leicester Tigers take on Montpellier in the European Challenge Cup; whilst Saturday saw 4 time champions Toulouse battle it out for the top honours against up and comers La Rochelle in the European Champions Cup final.

Despite the reduced capacity in Twickenham, a buzz still rang around the stadium, as fans were just grateful to be back watching live sport – and it certainly didn’t disappoint!

Leicester faced champions of 5 years ago, Montpellier, in a contest in which the Tigers were highly fancied given their recent resurgence under head coach Steve Borthwick. Montpellier on the other hand were languishing towards the bottom of the Top 14, and were largely being overlooked as credible contenders.

It became clear from the very first whistle that this wasn’t to be the case. Montpellier looked dangerous every time they got the ball in hand, with the likes of veteran flanker Fulgence Ouedraogo carrying hard and creating quick ball for a deadly backline.

Montpellier boasted an English international at fly half, a South African international centre pairing, and French internationals on both wings and at fullback; not to mention the two 2019 World Cup winning half backs sat on their bench.

The class of this backline became apparent early on, when in the 13th minute fullback Anthony Bouthier threaded a deft little kick in behind Tigers defence, which the flying Vincent Rattez toed ahead and regathered to score Montpellier’s opening try.

However, towards the end of the first half Tigers got a score of their own, with lock Harry Wells driving over from close range after a monstrous display of physical strength by the Tigers forwards. A Montpellier sin binning compounded their problems early in the second half, and Tigers once again muscled their way over – this time Jasper Wiese crossing the line from close range.

Montpellier never lost touch with Tigers though, and following a blistering break from replacement Gabriel N’Gandebe from inside his own 22, centre Jan Serfontein produced a sumptuous offload to release Bouthier, who in turn found other centre Johan Goosen who streaked away to finish what would prove to be the match-winning score, as Montpellier held on to secure the European Challenge Cup honours.

Leicester will be bitterly disappointed not to have come away with the silverware on this occasion, despite all the progress they have made this season. The pre-match feeling was that this was their year against a struggling Montpellier team in the Top 14. However, Montpellier’s domestic positioning belied the quality they had in their ranks, which ultimately proved a deciding factor in their victory.

Leicester’s key individuals also underperformed on this occasion, with the likes of Genge, Wiese and Nadolo all failing to make a meaningful impact. Leicester’s kicking game was also not up to scratch, with Richard Wigglesworth’s selection ahead of Ben Youngs proving costly on this occasion. Nevertheless, with the addition of a few more high quality players, you can be sure that Leicester will be a force to be reckoned with next season – the future looks bright!

This was a tense contest, which saw both teams exchange shots at goal throughout the majority of the first half. The crucial incident of the game came in the 27th minute, when La Rochelle’s Fijian centre Levani Botia produced a reckless tackle, making contact with the head of Toulouse fullback Maxine Medard.

Initially sin binned for not retreating 10m and making a tackle off a quick tap penalty by scrum half and European player of the year Antoine Dupont, upon inspection of the tackle by referee Luke Pearce and TMO Tom Foley, the decision was amended to hand Botia a straight red card – the first in Champions Cup final history!

Despite the red card, La Rochelle remained firmly in the contest, and it wasn’t until the 44th minute, when scrum half Dupont sliced his way through their defence and put in a deftly weighted kick for South African flyer Cheslin Kolbe to gather and finish in the corner. However, replays showed that Kolbe’s foot had scraped the touchline, in no small part due to a sensational covering tackle by centre Geoffrey Doumayrou.

The first try of the final didn’t come until the 59th minute, when a lack of numbers for La Rochelle saw Toulouse spread the ball wide to replacement backrower Selevasio Tolofua who delivered a precise inside ball to outside centre Juan Cruz Mallia who raced in to cross the whitewash.

With Toulouse’s lead extended to 10 points, the title was almost within their grasp. However, former All Black scrum half Tawerra Kerr-Barlow had other ideas, crossing the line from close range with 7 minutes left on the clock to give La Rochelle hope and set up a dramatic ending to the final.

It wasn’t to be though, with Toulouse holding on as worthy winners with Antoine Dupont and veteran All Black Jerome Kaino lifting the trophy at the home of rugby! The retiring Kaino surely couldn’t have wished to sign off on a better note, adding a European Champions Cup medal to his host of other accolades.

Do you think the red card was crucial to the outcome of the match? Would the result have been different? Please comment below with your thoughts. 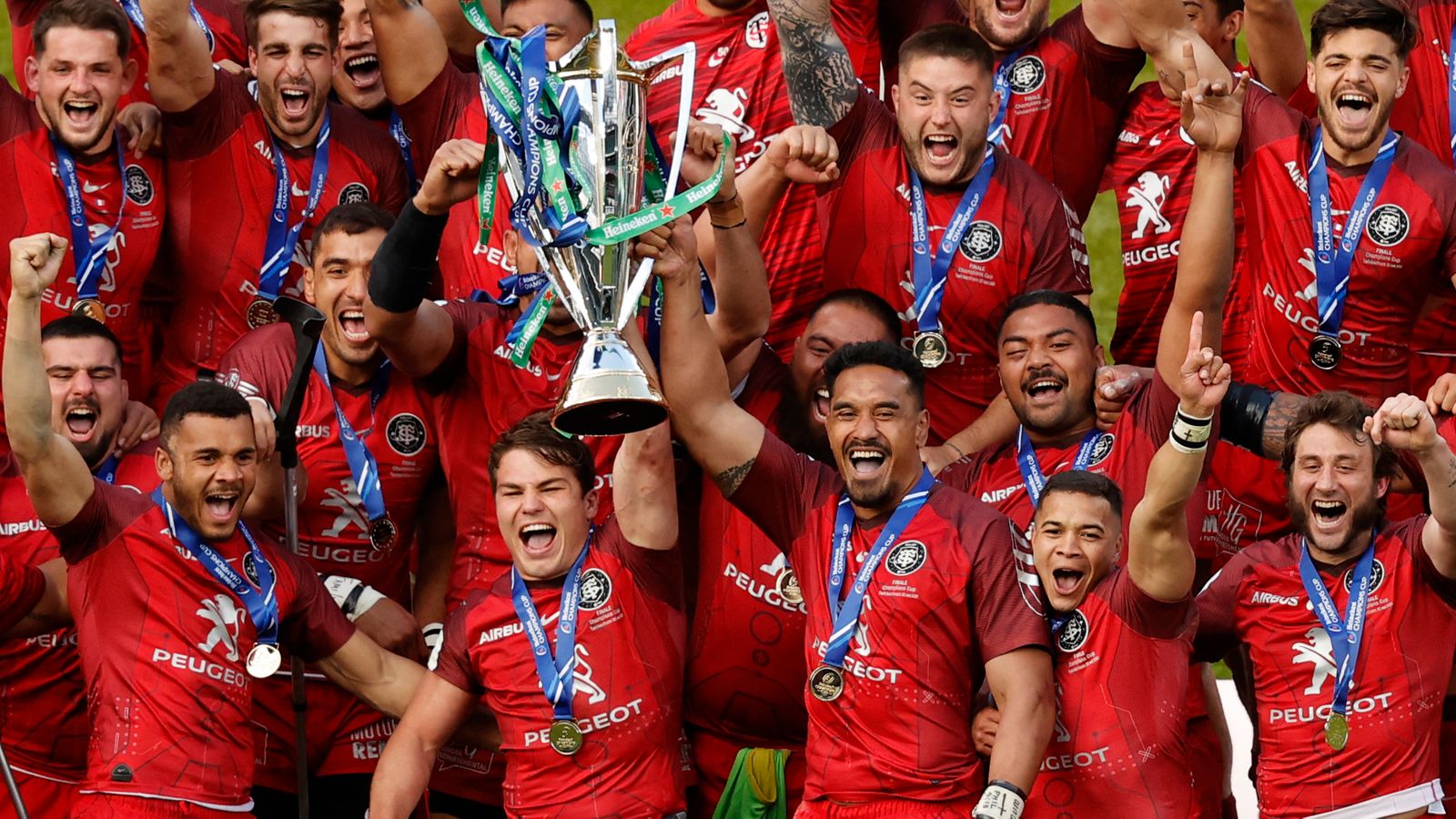