The A-League season is drawing to a close and for the first time in Australian sporting history, football fanatics in the land down under will be presented with a feast of football to get them through the winter months.

Football is the world game however the sporting landscape of Australia is the final frontier yet to be conquered by football. Although strides are being in Australia to make football the number one sport in the nation. Crucial to its development are the visits of global footballing icons, both players and teams.

David Beckham kicked it all off when he and his LA Galaxy commrades journeyed to Sydney and attracted a sell out crowd to ANZ Stadium. The Englishmans trademark free kick that day proved to be the first in a long line of iconic moments.

Since Beckhams visit many other footballing icons have graced pitches around Australia and provided memories for Australian fans that will last a lifetime. Players including Dwight Yorke, Robbie Fowler, Romario and Alessandro Del Piero have all come and gone. Sydney FC’s signing of the Juventus legend truly put the A-League on the map as his trademark tricks, flicks and freekicks were viewed by record crowds both in the stadiums and around the world.

In terms of teams some of Europe’s most elite clubs have made the trip down under to the joy of their legions of Australian fans. Manchester United came first, 20000 people gathered just to watch their open training session in Sydney. Days later over 84000 fans filled ANZ Stadium to see the Red Devils face the A-Leagues best. The following week 95000 Liverpool fans turned the MCG red and in unison snag “You’ll Never Walk Alone”.

Last August Italian champions Juventus bought a full strength side down under and faced an A-League All Stars signed that was captained by none other than Alessandro Del Piero, an iconic match for two iconic Italian symbols.

However this years footballing feast is due to be served in the coming months. The appetiser coming in the form of Liverpool returning to Australia to face the Brisbane Roar and Adelaide United, both matches have sold out and despite the absence of the legendary Steven Gerrard both fixtures are eagerly anticipated. The main course is poised to be served in June as Chelsea under the leadership of the “special one” have announced that they will grace Australia with their presence and play an exhibition match against Sydney FC.

Last but not least dessert is scheduled for July when the fabled Champions Cup is set to make its debut in Australia, AS Roma led by their eternal captain Francesco Totti, along with Manchester City and European Champions Real Madrid are the sides that will feature in the tournament.

The A-League’s offseason is long and depressing for football fans, however this year is set to be an exception to this trend as Australian football fans eagerly await for those upcoming winter nights when they will be to see the likes of Ronaldo, Totti and Aguero play in the flesh. 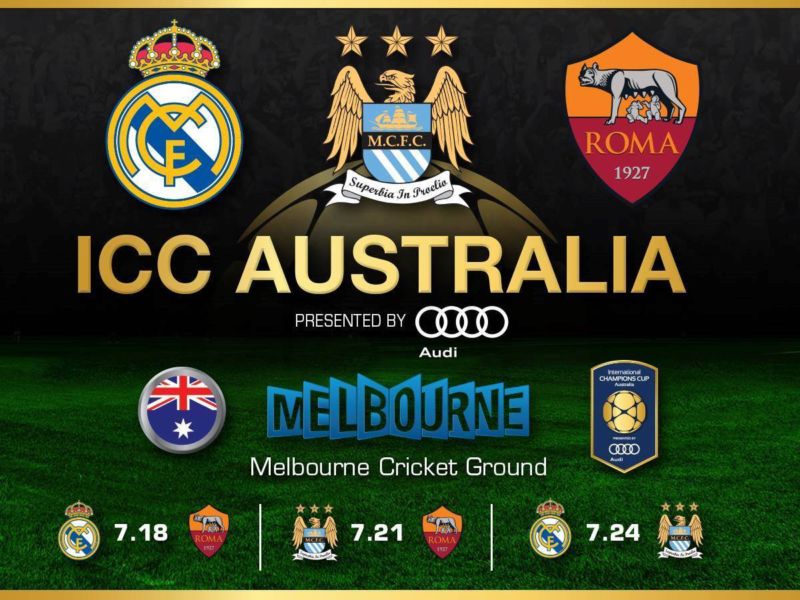