Lewis Hamilton took a thrilling victory at the British Grand Prix after an opening lap crash with his championship rival Max Verstappen, who was taken to hospital for precautionary tests after a massive collision with the wall at Copse corner. Hamilton was penalised by the stewards for the accident, but won the race after hunting Charles Leclerc down, and overtaking the Ferrari driver with two laps to go. Hamilton trimmed the gap to Verstappen at the top of the standings to 8 points, in what was his 8th victory at the British Grand Prix.

How did the accident happen?

Verstappen started on pole after an impressive victory in Saturday’s inaugural sprint race, where he got past Hamilton, who had started in first, at the opening corner and held on to win to take the 3 points. In Sunday’s race, Verstappen held the lead in the first turn despite going off the track and then kept Hamilton at bay down the back straight. As they emerged onto the old start-finish straight, Hamilton got a great tow and went to dive down the inside at Copse. However, the two drivers collided as they turned in, Verstappen spinning, with his car hitting the wall at high speed.

As Hamilton ran wide, Leclerc who had got past Bottas at the start from 4th on the grid nipped past, at which point the red flag came out as the barrier Verstappen hit needed repairing. After such a closely-fought battle this season, many F1 observers commented on how inevitable the incident seemed between these two exceptional drivers. Not only are they two of the most talented drivers in the recent history of the sport, they are also the two most well- renowned for their highly committed style of racing.

With Verstappen looking to further assert his advantage over Hamilton, and Hamilton needing to close a rapidly expanding gap over his championship rival, it was likely that there was going to be aggressive racing at the start and we weren’t disappointed. It’s hard to imagine that there will be a more dramatic moment than the crash at the start, which will live long in the memory. As with any controversial incident in Formula 1, opinions are bound to differ, and it’s fair to say this one has split opinion more than many, perhaps not since the infamous Hamilton-Rosberg crash on the opening lap at Barcelona in 2016.

Hamilton was unsurprisingly defensive when talking to the media about the incident, saying “I just don’t feel like [Verstappen] needs to be as aggressive as he is” but perhaps summed up why the incident happened best when commenting that “this weekend we needed the points, there was a gap and I went for it.”

While Hamilton felt there was a gap, Red Bull team principal Christian Horner was furious that Hamilton didn’t pull out of the move, “everyone who’s driven that corner knows you don’t stick a wheel up the inside at Copse. He’s put him in the fence. Thank God he’s not been hurt. It was a desperate move.”You do not stick a wheel up at Copse, one of the fastest corners in the world. That’s just dirty driving”.

Strong words from Horner, who was clearly concerned that the accident could have been a lot worse than it was, with his team enduring a terrible British Grand Prix as Sergio Perez dropped to fifth in the standings after finishing 16th. The Mexican driver started from the pit lane after spinning in the sprint race and retiring, then hit Kimi Raikkonen late on after the pair had earlier had a good battle.

Even more frustrating for Horner was the fact that the stewards decided to only hand out a 10 second time penalty to Hamilton. He was allowed to take that at the same time as making his pit stop for tyres, rather than the more punishing stop/go which would have meant he needed to make another stop thus denying him the race victory, one which Horner described as “hollow”. Despite all that, Hamilton reeled in Leclerc with not many laps left, ironically making his overtake at Copse, the same corner where he had hit Verstappen on lap 1.

How did the rest of the race pan out?

After Verstappen’s enormous collision, the marshals worked for over a half an hour in the baking sunshine mending the barriers, before the safety car led the pack to the grid for a standing start. Mercedes had cleverly decided not to pit Hamilton at the end of the opening lap to fix his front wing as they were banking on the red flag coming out, and by not doing so they were allowed to change it in the interval before the restart. At the restart, Hamilton was more cautious, with Leclerc sprinting away, holding a 2.3 second advantage by the time the Briton came in for a change of tyres.

Having served his penalty, Hamilton emerged behind team-mate Bottas and McLaren’s Lando Norris and once again got past at Copse, overtaking his fellow Brit on lap 31. 9 laps later, Bottas was told by his engineers to let his team-mate past, as Hamilton went in search of his record-equalling 8th British Grand Prix victory. With just 12 laps to go, it seemed fanciful to think that Hamilton would be able to close Leclerc down, with the Monegasque driver having an immaculate race, in a Ferrari that continues to confuse with its unpredictable pace.

Yet, Hamilton put in a series of scintillating laps, reducing an 8 second gap by an average of a second of lap to get by Leclerc, who ran wide coming out of Copse to allow Hamilton to complete the move and achieve his 99th career victory. It was a disappointing end to a stellar drive from a man who has been one of the most impressive drivers of the last few years, but nonetheless he got on the podium for the first time since last year’s British Grand Prix. It was also Ferrari’s best finish since Carlos Sainz finished 2nd in Monaco back in May, although Ferrari are without a win since Singapore 2019.

Elsewhere, Bottas rounded out the podium, while Norris moved back up to third in the standings with a controlled drive to 4th. McLaren had both their cars in the top 5 for the first time this season, as Daniel Ricciardo finished 5th, his best finish of the season for his new team. The Australian driver made the most of a slow stop for Sainz who finished 6th, and will be hoping to take his good form this weekend into the Hungarian Grand Prix in a fortnight, one of his favourite tracks.

Meanwhile, Fernando Alonso, winner of the British Grand Prix in 2006 and 2011, is getting back to his best. After qualifying 11th, he had a stunning start in the sprint race, elevating himself to 5th before being overtaken by the McLaren’s and ensuring a 7th place spot on the grid for Sunday. That was where he finished after driving skilfully to hold off Lance Stroll, who displayed great pace for Aston Martin, coming 8th after starting 14th.

It wasn’t good news for his team-mate Sebastian Vettel though, as the last winner for Ferrari at the British Grand Prix in 2018, retired. The German driver spun early on which dropped him to the back of the field, and was then told by his team to retire the car on lap 40.

Alpine got both of their cars in the top 10 for the first time since the Portuguese Grand Prix, with Esteban Ocon coming home 9th after making up places in the sprint race. He was also moved up a position on the grid as George Russell was demoted 3 places from 9th to 12th following an incident with Sainz in the sprint race. It was another case of so near yet so far for the Williams driver who finished 12th, missing out on that elusive point that he has been trying in vain to collect all season.

The British driver suggested that his lack of points is a result of outqualifying the true pace of the car, so that on race day it is harder for him to fend off faster cars, and his assessment is hard to disagree with. However, one can’t help thinking that this weekend might have been his moment to get in the top 10, as without the sprint race he would have started 8th. Ultimately, he finished a lap down, and was overtaken late in the day by Pierre Gasly, who couldn’t catch up to his team-mate Yuki Tsunoda, the Japanese driver ending his weekend on a high with a 10th place finish after the disappointment of a Q1 exit on Friday.

It has been a truly thrilling British Grand Prix, with incidents aplenty, and only the fourth red flag at Silverstone, one of the most used tracks in the history of the sport. From here, Formula 1 goes to Budapest for the Hungarian Grand Prix, another one of Hamilton’s most successful circuits, and it will be fascinating to witness how Red Bull react to a bad weekend. Many were billing this weekend’s British Grand Prix as a crucial moment in the season, and it has felt that way with Verstappen suffering a DNF and Hamilton taking the full 25 points, reducing the gap to 8 in the drivers and just 4 in the constructors as Mercedes turn the screw in this heavyweight title clash.

Verstappen has had two retirements this season, yet finished in the top 2 in every other race in what has been a magnificent season for a driver yet to win the world title. Whether he can shake off the ill feeling from Sunday’s incidents and get back to his brilliant best around Budapest is yet to be decided, while Hamilton and Mercedes will know now is the perfect time to seize the advantage with one race to go before the summer break. A title race that felt close to breaking point has finally boiled over. Question is, how much more exciting can it get? 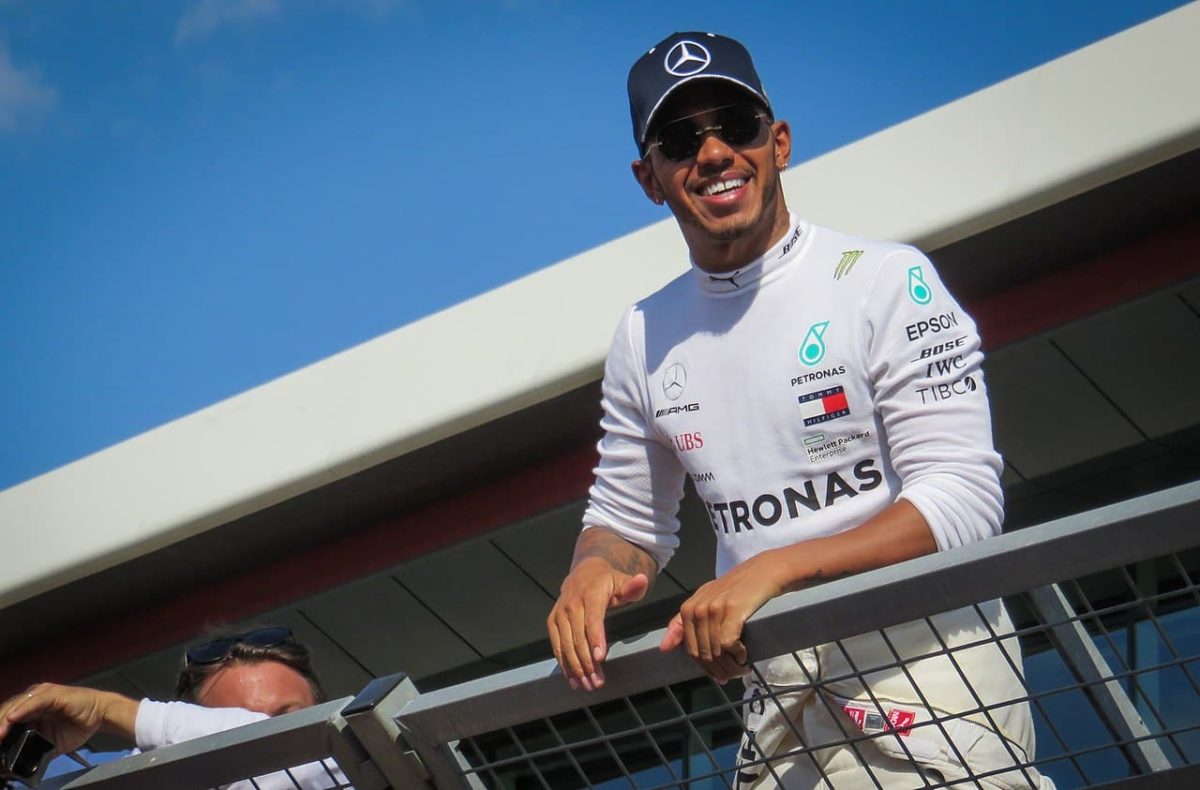