Mercedes had a torrid time at the pre-season test in Bahrain. The car suffered from reliability and was a handful to drive whenever the drivers got some track time. The car just didn’t look as hooked up as it normally does and Mercedes itself claimed that according to their data they were not the fastest team on the grid.

Red Bull, on the other hand, had one of the best pre-season tests as the team was able to run through all its programs without too many glitches. Talking about performance, Red Bull did show its hand a little with the low fuel run on the 3rd day and if we do look at the early impressions Red Bull might just be ahead as the Formula 1 season kicks off in Bahrain.

However, despite this, counting Mercedes out just because of one bad pre-season test would be slightly foolish because the team has been dominating the sport since 2014.

It was a case of getting hit by a perfect storm for the German team in Bahrain. First, it was the transmission failure that ruined the first day’s morning session, then it was the sandstorm that didn’t help as the team couldn’t do much in the afternoon session either. Lewis Hamilton beached the car on the second morning to make things worse. In a test with only three days to test everything, understand the car, and prepare for the season, such time-consuming stoppages should have been avoided.

For the first time since they re-entered the sport in 2010, they covered the least number of laps out of all the teams throughout the pre-season test. At the same time, to make matters worse, Mercedes seems to have delivered a car that requires a good number of laps under its belt to be optimized properly and run at full potential.

At the moment the car has a snappy rear end and looks a handful whenever it is on track. On the contrary, the Red Bull looks like a dream on the track with both the drivers able to hook the car up and enjoy a smooth run every time they head out. Plagued to an extent by reliability issues, Red Bull didn’t encounter any issues while running either which is another positive for the team looking to improve their reliability. Early impressions? It does seem that Red Bull has the edge on Mercedes.

Helmut Marko and Christian Horner fended off the ‘Favorites’ tags by pointing out a pertinent fact that was arguably missed by everyone. Mercedes is yet to reach the car’s potential. Throughout the pre-season test, Mercedes was struggling to run the car in an optimized way. It was clear to the naked eye that the car was not set up properly because of which the drivers had too much on their plate whenever they were on track.

What we know about the Mercedes is that the car is tough to set up, we don’t know yet that the car is slow, and hence we cannot make that assumption. Another thing that was quite visible to anyone keeping a close eye on the Mercedes was the fact that the car got better and better with more laps under its belt. Mercedes were in the process of learning more about the car and then unleashing the true pace but before they could the three-day pre-season test was over.

Mercedes have bounced back before

Let’s roll back the clock by three years. The year was 2019 and in the first pre-season test Ferrari rolled out a car that just stuck to the ground and had ridiculous straight-line speed. What they did in the first pre-season test was put everyone on notice and alarm bells starting ringing at Mercedes as it appeared that Ferrari had stolen the March from the German outfit.

Mercedes, not to be outdone, went back to the drawing board and came back with upgrades on the car in the consequent pre-season tests. As a result, when the Formula 1 season began in Australia, Mercedes would dominate the field to secure pole position. Consequently, Lewis Hamilton and his team would go on to win both the titles unchallenged in 2019.

This team has been dominating since 2014. One of the reasons behind it is the team’s mentality that doesn’t want to lose even a single race. They have faced adversities before, it’s not like they haven’t, but they have been able to get back to the front every time. Right now, the reigning world champions will be working away in the factories at Brackley to understand what went wrong and to try and find a solution to make the car faster. Will they able to make the necessary gains is a question we don’t have an answer to but it won’t be a surprise if they did.

At the start of the season, sure it does seem that Red Bull has the edge over Mercedes, but expecting Mercedes to not fight back is nothing more than wishful thinking. 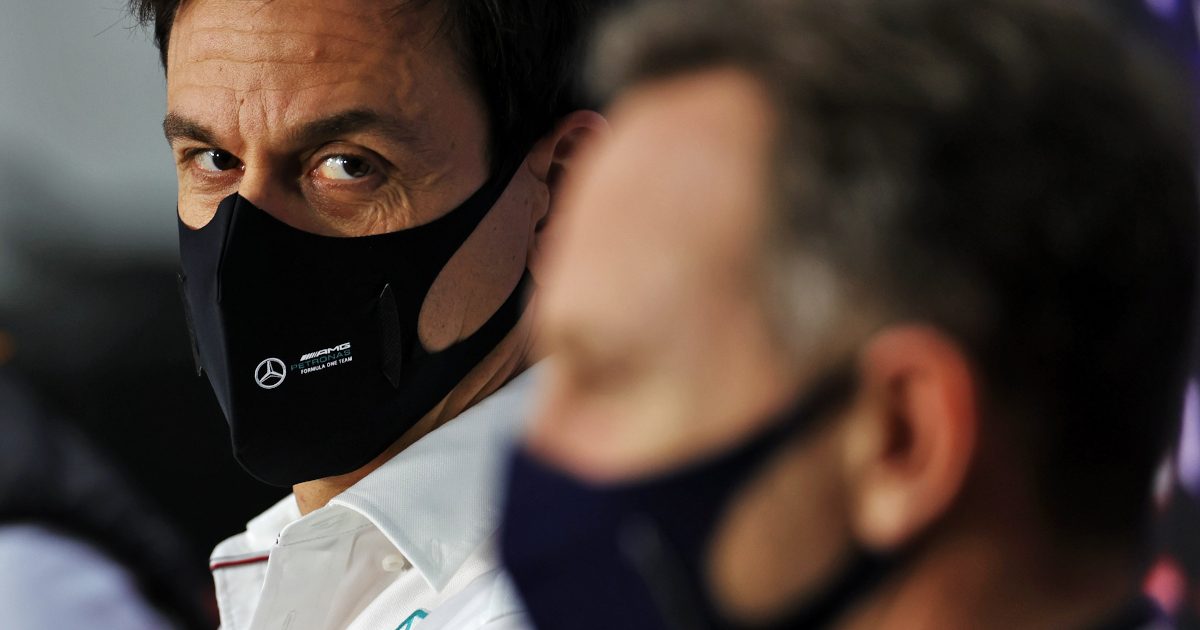