The latest round of the Verstappen-Hamilton title fight takes place this weekend as Formula 1 arrives in Austria for the first of two races at the Red Bull Ring, with this edition named the Styrian Grand Prix after the circuit’s rural setting in the picturesque Styrian mountains. This was the track where the 2020 Formula 1 season began in July last year, with consecutive race weekends there due to the need to fit as many European races as possible given the truncated season.

Formula 1 finds itself in a similar situation this year, with an extra race needed due to the cancellation of the Canadian and Turkish GP’s, although there is fresh hope now that the race in Istanbul will go ahead later this season. While we were unsure what to expect after such a long wait for the Formula 1 season last year, anticipation is high this time as Red Bull and Mercedes prepare to take each other on once again after another closely fought battle last week at Paul Ricard.

The track is rather obviously a home Grand Prix for Red Bull and has also become a de facto home race for Max Verstappen in recent years, with thousands of his Dutch fans dressed in orange turning out. As in France, the Styrian Grand Prix will have 15,000 fans in attendance, with the hope for even more at next weekend’s race. The track was purchased by Red Bull owner Dietrich Mateschitz where it went under reconstruction in the late 2000s, before officially opening again in 2011. Formula 1 returned in 2014, the first time F1 had been in the country since 2003 when the sport raced around the previous version of the circuit known as the A1-Ring.

This version is just over 2.6 miles long and is one of the longest races in terms of laps, with 71 of them, level with Mexico and Brazil, with only the 78 laps at Monaco being longer. Despite the short lap, drivers are still able to go flat out, with the lap record held by Kimi Raikkonen who set a stunning 1:06.957 for Ferrari in 2018.

With 3 DRS zones at the track, there are plenty of chances for drivers to catch those in front of them and get past, which has, of course, resulted in plenty of dramatic racing over the years and several incidents. However, even on the opening lap without DRS, there is the potential for accidents with drivers attempting to get track position on the steep rise into the first turn, as Max Verstappen found out in 2017 when he was hit by Daniil Kvyat.

From there, the long, fast ascent to the Remus corner encourages many a driver to go for the overtake as Lewis Hamilton attempted on Nico Rosberg in 2016, with the German driver turning in late and crashing into Hamilton, costing him and Mercedes their third consecutive 1-2 in Austria and handing Hamilton his first win at the Red Bull Ring. There have been even more spectacular incidents, such as the 2015 race when Fernando Alonso in the McLaren and Kimi Raikkonen driving for Ferrari, saw the McLaren fly through the air and land on top of the Ferrari.

Arguably, the scariest accident of all at Remus didn’t even occur in Formula 1, with Moto GP riders Franco Morbidelli and Johan Zarco involved in a huge crash there in 2020 which narrowly avoided hitting Maverick Vinales and Valentino Rossi, highlighting the speed and danger of the run-up to the corner irrespective of whether it is two wheels or four.

The downhill run into the Schlossgold hairpin offers drivers another chance to make a move, which once again invites the chance for collisions, with Hamilton and Alex Albon of Red Bull colliding here late on in the crazy opening 2020 race, in a similar incident to their coming together at Brazil in 2019. The final two corners are sharp right-handers which occasionally see overtakes such as an opportunistic overtake from Hamilton on the opening lap of the 2014 race, but are best left to just run through enabling the optimum exit out of the final corner and onto the straight/finish straight.

Expect to see plenty of drivers at the Styrian Grand Prix setting themselves up for a pass at those final corners, and maybe one or two carrying a bit too much speed into there, although like in France, there is plenty of run-off to save drivers from a crash, even in the unlikely event that a wheel falls off, as Raikkonen experienced for Alfa Romeo in 2020.

What to expect from the Styrian Grand Prix

The long straights at the Red Bull Ring are bound to favour Mercedes whose car is certainly quicker around fast-flowing circuits, and the signs were more positive in France last weekend that the pace of their car is improving as Red Bull have often had the quicker car this season, particularly in tight circuits with more corners, like the street races in Monaco and Baku where Mercedes had poor races. Having said that, Red Bull’s pace already this weekend has been impressive, with Max Verstappen topping the opening two practice sessions.

Hamilton, who this week announced he was entering into contract talks with Mercedes, knows he needs a dominant win at the Styrian Grand Prix to put the pressure on Verstappen. Two wins and four podiums in Austria means it is by no means his best track but neither is it his worst, with retirement in 2018 incredibly being his last in Formula 1. His team-mate Bottas has also displayed good pace around the Red Bull Ring, including a front-row lockout alongside Felipe Massa for previous team Williams in 2014, where he scored his first-ever podium.

Ferrari has struggled more around the Red Bull Ring, with Charles Leclerc looking more likely in recent years to threaten Red Bull and Mercedes, qualifying on pole in 2019 and losing that race with just two laps left when Verstappen squeezed past him in a move that was investigated by the stewards for several hours after the race before the Verstappen win was allowed to stand. Last year, in the opening race, Leclerc secured second, Ferrari’s best result of a poor season. The first podium of this season would be great for his confidence, with team-mate Carlos Sainz breathing down his neck in the Championship standings, but the Monegasque has sounded cautious about repeating the feat this weekend.

Perhaps though, predicting the Styrian Grand Prix is a similar task to predicting the outcome of this season, with the joy coming from its unpredictability. Since its return to the calendar in 2014, the eight races in Austria have had four winners, with two wins for the now-retired Nico Rosberg, and two each for Hamilton, Bottas and Verstappen, the most regular podium trio of recent times. It is clear then that something has to give this weekend at the Styrian Grand Prix, and with the speed that Red Bull are displaying right now, one would not bet against them extending their championship leads this weekend. In this 2021 season, however, nothing is certain. 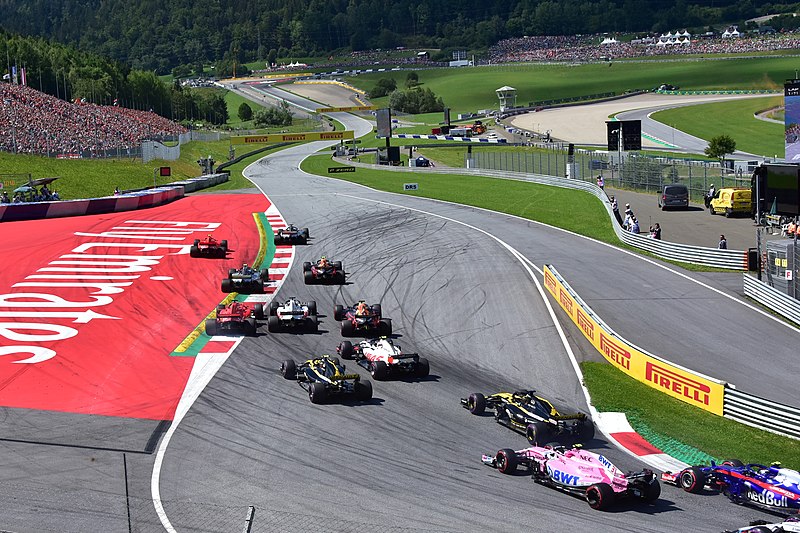