Gilberto ‘Zurdo’ Ramirez got rid of a veteran in Sullivan Barrera on 9th July, winning with brutal body shots and stopping the Cuban fighter. However, coming off a 2-year layoff, everyone expected Zurdo to come through this test, so how ready is he for a title shot against the big dogs at 175. Will it be too much for the undefeated fighter?

Heading the bill at Banc of California Arena, a card that included Jojo Diaz vs Javier Fortuna, Zurdo Ramirez got rid of Sullivan Barrera in brutal fashion by body shots in the 4th round. At the time of stoppage, I had Zurdo up 30-26, due to the knockdown in the 3rd.

With Sullivan Barrera coming off a two-year layoff, losing to Jesse Hart in a unanimous decision, this fight was definitely a step up for Zurdo at Light-Heavyweight but a fight that he was expected to ease through. And boy did he make a statement.

Early in the fight, both fighters looked evenly matched, Zurdo getting the slightly better work off on Barrera but at 39 years old and coming off a two-year layoff, there was no evidence of ring rust coming from Barrera.

Zurdo in the southpaw stance, Barrera in the orthodox, this was building to be a great fight. Exchanging jabs, they were biding their time to land the heavy power shots and cause trouble for the other fighter. Were they acting tentative or were they waiting for a full opening?

The third round was where the fight really got hot. Doing well in the round, Barrera was looking good and sharp. But then a body lands from Zurdo, a lovely left to the liver, sending Barrera to the canvas. It was coming, with Zurdo setting up and landing body shots throughout the round.

Barrera beats the count and survives the round but was definitely hurt and looked weak coming out for the 4th. He needed that bell for the close of the round.

Barrera looked nervous, lunging in a clinching with Zurdo whenever he could to get more rest.

And then another knockdown. A body shot again lands from a left hook, this time with a delayed reaction and Barrera is on the canvas again.

Zurdo goes in for the kill and Barrera goes down again, the referee waving the fight off.

In the post-fight interview, Zurdo called out Dmitry Bivol, the WBA Light-Heavyweight Champion. This fight makes sense and should be easy to make with the politics of boxing.

Dmitry Bivol, arguably the easiest fight if Zurdo was in search of a title at 175, would definitely be a fight that legitimises Zurdo at 175. With both fighting on DAZN, Bivol with Matchroom and Zurdo with Golden Boy, the fight will also be easy to make and with Bivol wanting to become more active, this fight would probably entice both parties. For Bivol, this would be a legitimate defence of his WBA title and for Zurdo, this would be a fight that he could make a statement in as a true player at 175 lbs.

The Joe Smith Jr. would be very difficult to make but also a fight that would get fan attention. Promoted by PBC and already having a ‘plan’ of a two-fight deal, fighting Umar Salamov and then Daniel Jacobs, the Smith Jr. fight would not be easy to make at all. However, being the other titleholder at 175 alongside Artur Beterbiev, the Smith Jr. fight would definitely be a great fight to watch and legitimise both fighters as a great defence for Smith and a great fight altogether at Light-Heavyweight for Zurdo. 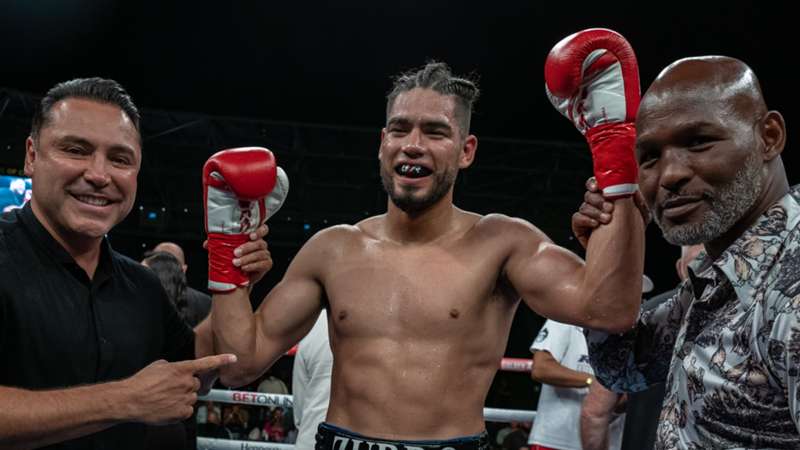