Friday’s Hundred games between Welsh Fire and Trent Rockets will be reviewed in tomorrow’s column alongside Manchester Originals vs Southern Brave from Thursday and Southern Brave vs Northern Superchargers from today.

Gloucestershire vs Hampshire (Group A)

Hampshire would win the toss and elect to bat first in a game that was reduced to 37 overs per side.

Tom Prest would be LBW to Smith for 41 before Nick Gubbins would be caught by Warner off the bowling of Shaw for 9. Tom Alsop would be run out by Chris Dent for 57 before Ian Holland would be LBW to Graeme van Buuren for 17.

Joe Weatherley would be bowled by the same bowler for 11 before Lewis McManus would be caught & bowled by van Buuren for 29. Felix Organ would be run out by Dent for 1 before James Fuller would be the final wicket to fall, caught by Warner off the bowling of Daniel Worrall, for 19 – Tom Scriven and Kyle Abbott finishing on 5 and 2 respectively.

Dent would be LBW to Pest for 16 before Tom Lace would be caught by Weatherley off the same bowler for 1. van Buuren would be the final wicket to fall, LBW to Holland, for 14 with Ben Charlesworth (99 off 104 balls) and Jack Taylor (67 off 60 balls) would put on an unbeaten 130 for the fourth-wicket partnership

Middlesex vs Kent (Group A)

Middlesex won the toss and elected to field first in a game that was reduced to 35 overs per side.

Tawanda Muyeye would be bowled by James Harris for a golden duck before Ollie Robinson would be LBW to Ethan Bamber for 7. Jack Leaning would be bowled by Thilan Walallawita for 35 before Harry Finch would be caught by Martin Andersson off the bowling of Joshua de Caires for 3.

George Munsey would be caught behind by Robbie White off the bowling of Toby Greatwood for 59 before Grant Stewart would be caught by Varun Chopra off the same bowler for 7. Marcus O’Riordan would be run out by Walallawita for 69 before James Logan would be bowled by Bamber for 3. Nathan Gilchrist would be the final wicket to fall, caught Walallawita off the same bowler for a golden duck with Hamidullah Qadri (35 off 30 balls) and Matt Quinn (1) the not out batsmen.

Worcestershire vs Sussex (Group A)

Worcestershire would win the toss and elect to bat first.

Brett D’Oliviera would be run out by Tom Haines for 11 before Jack Haynes would be caught behind by Oliver Carter off the bowling of James Coles for 24. Tom Fell would be bowled by Archie Lenham for 29 before Gareth Roderick would be caught & bowled by the same bowler without scoring.

Ed Barnard would give Lenham his third wicket of the innings as he was bowled by 7 before Joe Leach would be LBW to Coles for 12. Jake Libby would fall the same way for 40 before Josh Baker would be caught by Haines off the bowling of Henry Crocombe for 16. Jacques Banton would be the final wicket to fall, caught by Carter off the bowling of Joseph Sarro for 33 with Charlie Morris and Adam Finch finishing 22 and 23 not out respectively.

Worcestershire travel to Lancashire tomorrow while Sussex travel to Essex on Tuesday.

Warwickshire vs Northamptonshire (Group B)

Northamptonshire won the toss and elected to field first in a game that was reduced to 46 overs per side.

Ed Pollock would be bowled by Graeme White without scoring before Rob Yates would be caught behind by Ricardo Vasconcelos off the bowling of Ben Sanderson for 5. Will Rhodes and Michael Burgess would put on 133 for the third-wicket partnership before the former would be caught & bowled by Keogh for 65 with Burgess caught by Tom Taylor off the same bowler for 73.

Matthew Lamb and Dan Mousley put on 114 for the fifth-wicket before the latter was bowled by Wayne Parnell for 54 with the former the final wicket to fall, caught by White off Sanderson’s bowling, for 65 – Jacob Bethell (2) and Ethan Brookes (0) the not out batsmen.

Glamorgan travel to Leicestershire tomorrow while Surrey host Somerset at the same time.

Yorkshire vs Nottinghamshire (Group B)

Yorkshire would win the toss and elect to field first in a game that was reduced to 41 overs per side.

Ben Slater and Sol Budinger would put on 146 for the opening partnership before the latter would be caught behind by Harry Duke off the bowling of Mat Pillans for 71 with Slater caught by Ben Coad off the same bowler for 74. Peter Trego would fall the following ball, caught by Duke off Pillans’ bowling, for 1 before Lyndon James would be caught by Will Fraine to give Pillans his fourth wicket of the innings.

Liam Patterson-White would be the final wicket to fall, LBW to Sullivan, for 2 with Matthew Montgomery and Dane Schadendorf would be 20 and 4 not out respectively when the rain returned after 33 overs of the Notts innings. 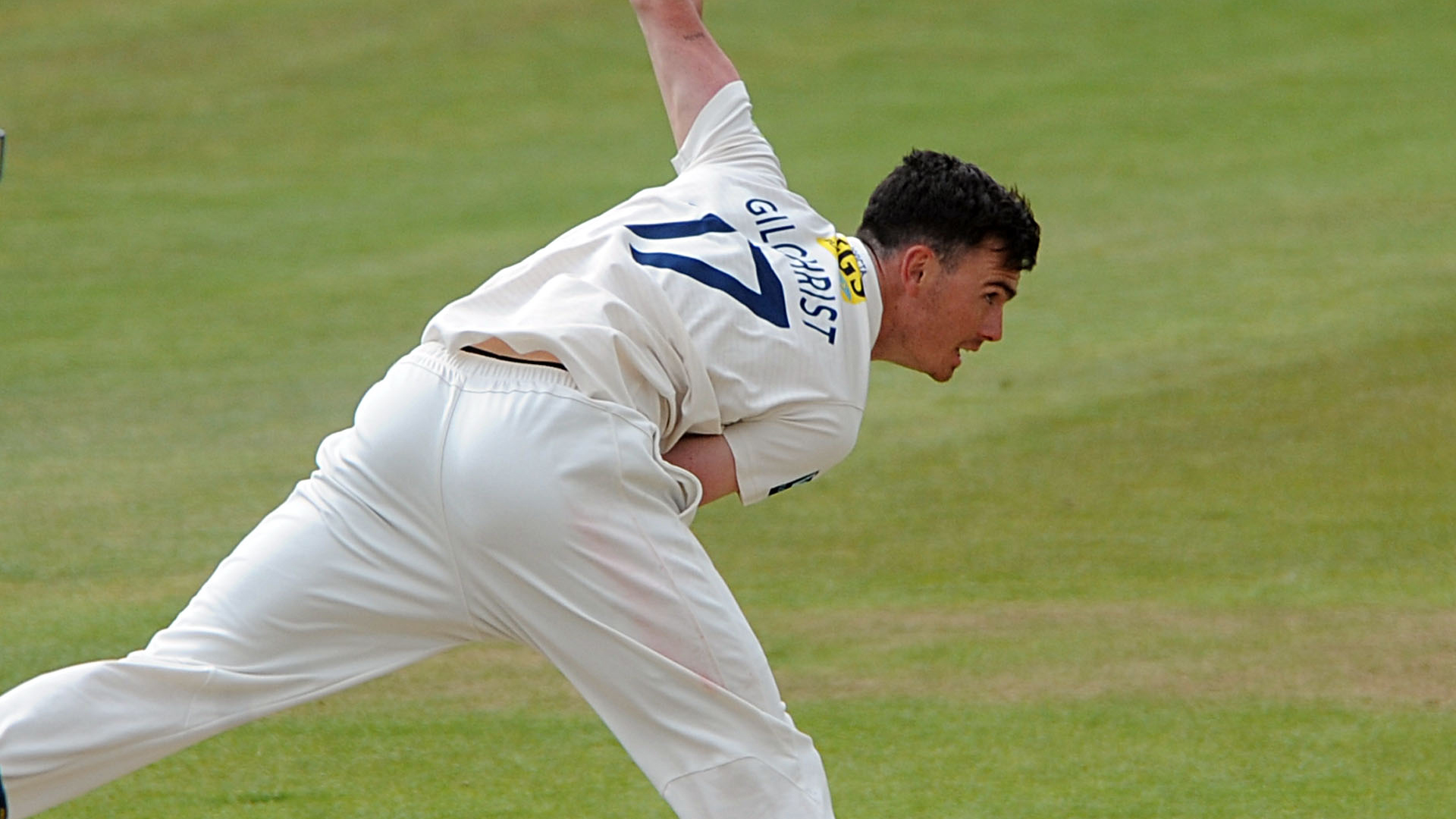