The Chicago Bulls were visiting Golden State last night and this game was the occasion for the fans to see two of the best teams in the league facing each other. The Bulls started this game without Nikola Vucevic (Covid-19) and it made a huge difference for the Bulls in the paint. After this huge win against the Bulls, the Warriors are now 7-1 in homestands this season and 11-1 overall.

”In general, the high point is establishing our home floor, that this is going to be a tough place to come win a game. And a lot of that is the way we’re playing, a lot of that is our fans, the energy in the building, there’s a really good vibe about the team, the fans feel it. Great way to start the year but now we’ve got to go out on the road and it’s going to get a lot tougher. We obviously are very happy to be where we are.”

After a good start in the first quarter (29-23) , the Chicago Bulls got totally destroyed by the Warriors and Steph Curry from the second quarter. Chicago scored only 33 points cumulated between the 2nd and the 3rd quarter. They were no match for the Warriors last night and it seems like no one can match the Warriors at the moment. However, the Bulls played without one of their key players, Nikola Vucevic and it certainly had a huge impact on the Bulls.

To help his team to win last night, Steph Curry scored 40 points, he also had 4 rebounds and 5 assists. Curry shot 15 for 24 from the field and 9 for 17 from behind the line. The point guard is nothing less than incredible in this season so far and he is one of the top contenders for the MVP title. Steph Curry also became last night the career leader for 3 points made in both regular season and Play-Offs with 3,366, passing Ray Allen (3,358). Behind Steph Curry, two other players scored in double digits for the Warriors last night, Jordan Poole (14 points) and Andrew Wiggins (15 points).

Draymond Green also played an important part in the success of his team against the Bulls (9 points, 9 rebounds and 7 assists) but also from the beginning of the season. Green is for me as important for the Warriors as Steph Curry, obviously, Curry is the best player in this team but Green is the one giving fluidity to this team, offensively and defensively.

As for Chicago, they never seemed really into the game after the few defensive adjustments made by Steve Kerr from the second quarter. Zach Lavine was the only player for the Bulls able to create problems against the Warriors last night, he finished the game with 23 points and 6 rebounds. DeMar DeRozan had 18 points and 5 assists but he shot 4 for 13 from the field, after the adjustment made by Steve Kerr, DeRozan had a lot of difficulties scoring as the Warriors were well organised defensively to counter DeRozan.

”It’s really our first adversity and that’s where adversity builds a lot of character. We played the best team in the NBA.”

Next: Warriors: Begin a four-game road trip in the Eastern Conference against the Charlotte Hornets on Sunday night.

Chicago: Will visit LA to face the Clippers on Sunday night, the Bulls have lost their last five meetings on the road.

We look at the previous game of the Warriors here. 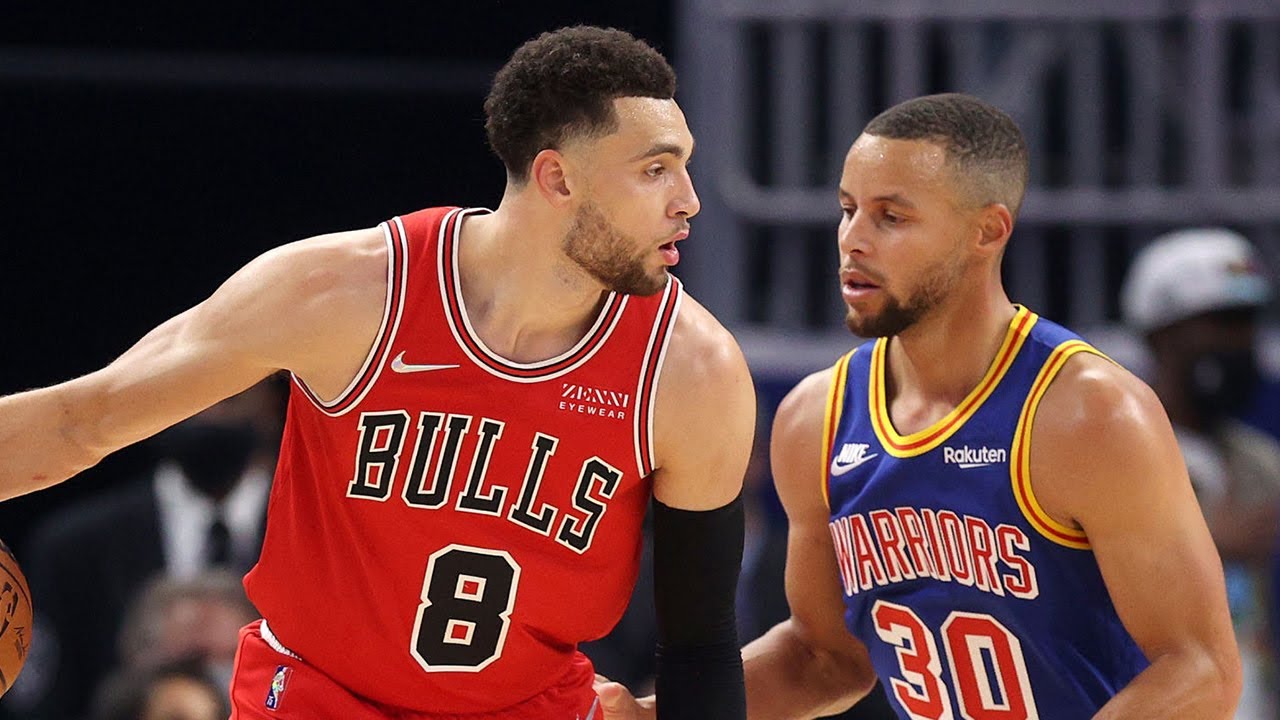