The government will introduce an independent regulator in football after backing a fan-led review into the men’s games.

It is planning to implement all 10 of the recommendations in the review made by former Minister for Sports and Civil Society Tracy Crouch, in November.

It has been said that the regulator will have the power to sanction clubs in English Football that break financial rules and others.

The review said that the introduction of an Independent Regulator will provide an opportunity to take a “fresh look” at who is allowed to be the owner or director of a football club. The legislation will also give fans more of a say on how the game is run.

The new regulators will be backed by laws that will allow it to have financial oversight of clubs, gather information and investigate, and hand out punishments.

Crouch said: “This is an enormous step forward in providing much-needed reform for football.”

The Premier League said that whilst it recognises a case for reform and strengthened regulatory systems across football, “We welcome clarity from the Government about their position, and we are committed to working with them during this next phase of consultation, although we will continue to maintain that it is not necessary for there to be a statutory-backed regulator.”

The current Minister of Sports Nigel Huddleston confirmed that a white paper will be published this summer which will provide further information on ways to implement this reform. He said that the British public has “run out of patience” with the lack of reform within football. He said the regulations will be fully enforced by the government, that football is for the fans, “without whom football would be nothing.” and that action needs to be taken in order for the game to be sustainable.

Huddleston said that the government are determined to commit and bring in a regulator before the next election in 2024. He said some people expect this is going to happen tomorrow and there are others are thinking it will happen over a two year period.

“We want to move forward quickly because we know there’s [an] overwhelming demand for this and we know the problems in football. But if we implemented it tomorrow we could have exactly the opposite impact of what we are intending – making sure that clubs can survive and that they are financially stable.”

The government was in support of the principle but there was lobbying from the FA and the Premier League, who wanted to keep self-regulating. Crouch wrote in her review that football should seek to resolve distribution issues itself and the FA should scrap the current formula of distributing revenue it generates.

Huddleston said he Conservative party were originally “very uncomfortable” with the level of intervention that was being proposed but have now committed themselves to endorsing and implementing an Independent Regulator for football.

Huddleston also confirmed that there will be an in-depth review of the women’s games this summer. 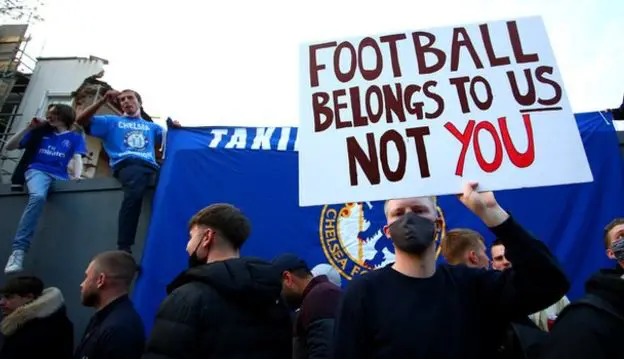