It was never meant to end like this for Hector Macho Camacho: shot in the face at point-blank range in his car, in his hometown of Bayamón, Puerto Rico, with dozens of cocaine baggies scattered around in the footwells and the back seat of the vehicle, and his childhood friend, Adrian Mojica Moreno, lying dead on the sidewalk. The latter-day reality TV star and former boxing world champion, who had fought the very best in a stellar career, would die four days later, clinically brain dead. He was just 50 years old.

His body lay ‘in state’ for two days in Puerto Rico before being flown, at his mother’s request, to New York City, scene of many of his greatest boxing triumphs, and buried.

The three-weight world champion at Super Flyweight, Lightweight, and junior Welterweight, winner of three Golden gloves in his amateur days, the slayer of Edwin Rosario, and Roberto Duran twice. The man who handed Sugar Ray Leonard a beating and sent him into retirement, and who fought in thrillers with boxing legends Felix Trinidad, Ray ‘Boom Boom’ Mancini, Julio Cesar Chavez, and Oscar De La Hoya, had, as the Puerto Rican saying goes, ‘rode in on a horse and left on foot.’

Hector Macho Camacho was one of boxing’s greatest showmen, flamboyant entertainers, and superstars. His dramatic ring entrances the stuff of legend, spectacular prequels to his epic battles as he climbed through the ropes, sometimes in full Roman centurion regalia, including plumed helmet, and breastplates. He was just as likely to enter as an Aztec warrior, Native American chief, sport a full-length mink coat, or suit up as a Mexican superhero, complete with mask and wings, dancing La Cucaracha with his mother.

The solid gold, diamond-encrusted necklace emblazoned with the legend ‘Macho’ and the hip hop chains he wore around his neck were said to weigh as much as he did. His boxing shorts were nothing less than a cross between a toga and a gladiator skirt that Russell Crowe would have died for. Hector Macho Camacho walked on the wild side and lived his life like he was the star of his very own prime-time soap opera.

His fans loved him, and the neutrals couldn’t help smiling at this born showman who drew vast crowds on his way to the top.

Rudy Gonzalez, Camacho’s childhood friend, and some-time bodyguard, tells a story that encapsulates the legend of Camacho to a T.

One time, the two of them were driving in a car heading from the US to Mexico. As they approached the Mexican border, Camacho informed Gonzalez that there might be a ‘little problem’. What’s that? asked Gonzalez. “I got a present in the trunk (boot)… a kilo of coke”.

As they pulled to a stop in the queue at border patrol, Gonzalez was worried, but then he had an idea. ‘This is bad, Hector. I need you to do ”Macho Time’ right now, right here.”

As quick as a flash, Hector Macho Camacho jumped out of the car and up onto the bonnet of his $90,000 Jaguar with his chin set defiantly in the air, his hands on his hips, he started screaming, “Where’s (Mexican champ Julio Cesar) Chavez? Where’s Chavez? ”

Recognising Camacho’s trademark crop with the kiss curl in the middle and pigtail at the back, the border guards came running to get a look at the legendary boxer. As they did so, one of the sniffer dogs had caught the scent of the cocaine in the car and was going as crazy as a slot machine payout in Vegas, barking and scratching furiously. The guard got a hold of the dog, smacked him on the nose, and said ‘ Shut up! That’s Camacho!’

Indeed, stories about him are legion and provide dine-outs for the tellers. The time he called champion Edwin Rosario a little girl in the press conference, for example, and bribed a bellhop with $20 to take a box of red velvet panties up to Rosario’s room on the eve of their fight, and promised him another $20 if he brought back Rosario’s reply.

The night before an important fight with contender Ray Montes Jnr, CBS broadcaster manager, Tim Ryan got a call for help in his hotel room saying, “you’ve got to come quick, Hector’s going crazy and is trying to jump out of the window.” When Ryan arrived, Camacho was completely out of his mind, frothing at the mouth and jabbering away in nonsense language.

When they finally calmed him down, the concern was how they could let him fight the next night. They did. And Camacho knocked out Montes Jnr in one round.

‘DEALING WITH THE DEMONS‘

As with so many boxing greats, it is trouble outside of the ring that takes the spotlight away from their exploits in it – the all too human flaws that bring even the greats crashing to earth.

The brighter the light, they say, the darker the shadow. And everywhere the Macho man went, his demons seemingly followed.

There were the much-publicized troubles with drug and alcohol abuse, cocaine addiction, run-ins with the law, and criminal charges leading to jail time. In 2005, Camacho, high on ecstasy, was arrested for burglary at an electronics store and after pleading guilty on the grounds of diminished responsibility, was sentenced to six years in the Pen. On appeal, the judge whittled it down to one inside and five suspended. He was out in less than a year and back 2 weeks later for violating his parole.

He was out in In 2011, when would-be carjackers fired three shots at him in San Juan, but he escaped unharmed. When asked if he wanted to file a case and press charges, Camacho replied…”Nah man…everbody loves me. They probably didn’t recognise who it was they was shooting at.”

In late 2012, Camacho was awaiting trial in Florida on charges of physical abuse of one of his sons. He would never face a jury of his peers in that case, for in November of the same year, he was gunned down, murdered, and gone.

But Hector Macho Camacho, the wild man of Puerto Rico, the crazy New York Rican, the cocaine poster boy and mayhem merchant whose lust for life and cheeky smile endeared him to millions of fight fans worldwide will never, ever be forgotten. 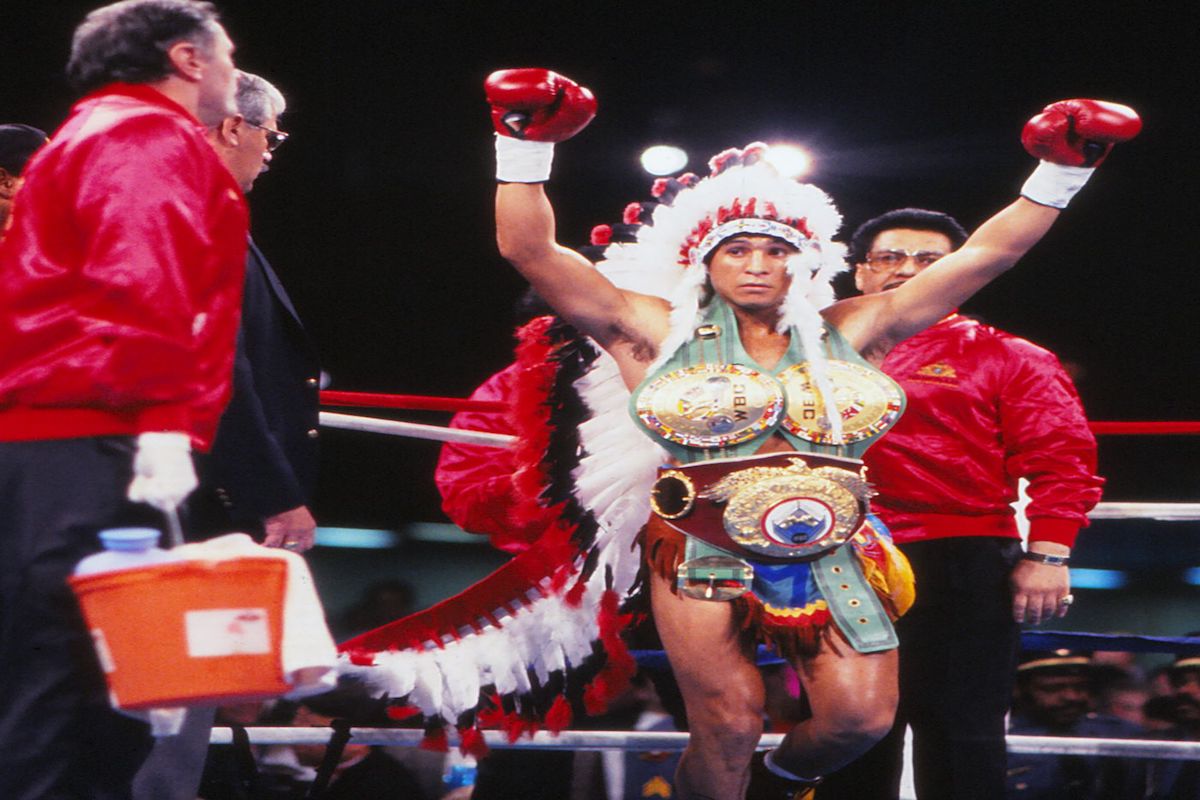