Jason Holder took a career-best 4/7 for West Indies in the first game of the 5-match series against England at the Kensington Oval in Barbados.

West Indies name a younger side than the one that we’ve seen in recent times with a number of the older players moved on as Brandon King, Romario Shepherd and Odean Smith gaining more experience at international level.

England named a completely different squad for this series following a 4-0 Ashes drubbing (apart from Sam Billings who I’m hoping has a cut of the miles that he’s traveled over the last couple of weeks).

West Indies won the toss and elected to field first.

After hitting Cottrell for six, Roy would be the first wicket to fall as he was bowled by the Windies left-armer for 6 off the final ball of the opening over before fellow opener Banton would be caught at slip off the bowling of Holder (pictured below) for 4 in the following over. Ali would fall to the following delivery, caught by Allen, for a golden duck before Vince would be caught at cover by Bravo off the bowling of Cottrell for 14.

After an opening partnership of 52 between Hope and King (pictured below), the former would be stumped by Billings off the bowling of Rashid for 20 with King (52 off 49 balls) and Pooran (27 off 29 balls) seeing the hosts to the small target with 17 balls remaining.

ALSO READ:  Ashes: Bairstow and Stokes To Play As Batsmen in 5th and Final Test
Embed from Getty Images

Game 2 of the series takes place tomorrow at 8pm BST/4pm AST at the same ground. 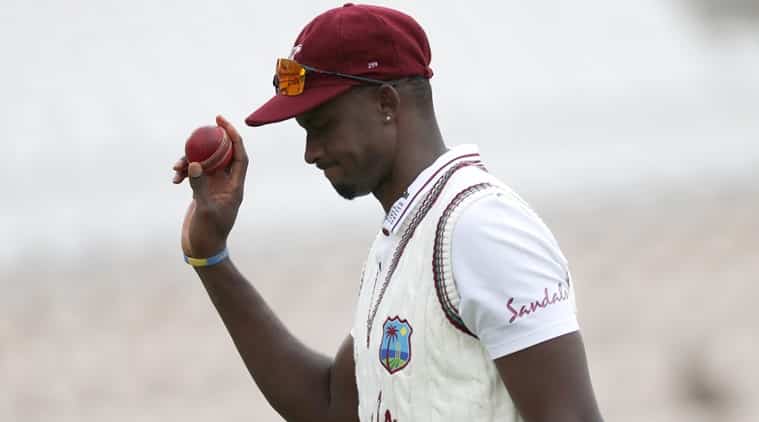