Former Arsenal manager Unai Emery has been appointed as the new Aston Villa boss following the departure of Steven Gerrard. In this article, we analyse how the Spanish tactician could set up his new side and which players could flourish.

Unai Emery was officially appointed as the new Aston Villa manager on Monday following the sacking of Steven Gerrard after the 3-0 defeat to Fulham.

The club released a statement on its website stating:

“Aston Villa is delighted to announce the appointment of Unai Emery as the club’s new Head Coach.

“Unai joins from Villarreal, whom he led to Europa League success by beating Manchester United in the final in 2021 as well as the semi-finals of the Champions League last season.

“A highly experienced top-level coach who has managed over 900 games, Unai has also previously managed in the Premier League during a spell with Arsenal, leading the Gunners to a Europa League final.

“He has also enjoyed notable success at Sevilla and at Paris Saint Germain. In Seville, he won three successive Europa League titles between 2013 and 2016 before going on to lift a Ligue 1 championship in France as well as two French Cups, two French League Cups and two Trophée des Champions.

“Unai will take over from November 1st after his work permit formalities are completed.”

The new Aston Villa manager received a lot of criticism in his stint at Arsenal, however, has performed well at Sevilla and Villarreal, both being clubs that are stationed similarly to Aston Villa in the Laliga ecosystem.

Which Players Could Thrive Under Emery

Emery has adopted a familiar formation to classic English football lovers as on paper he prefers to run a 4-4-2 system.

However, Unai Emery’s 4-4-2 does not play anything like what most would expect when seeing the formation.

Emery likes to use one of his fullbacks as an attacking outlet, with the second fullback operating in a more defensive role. At Villarreal, his choice was to attack through the left channel through the left back, which could suggest an upturn in form for Lucas Digne after his recovery from injury.

If Emery uses his attacking fullback down the left, this would allow the left-sided midfielder to tuck into more central positions, a role that Brazilian international Phillipe Coutinho could thrive in.

The left-sided striker in Arnaut Danjuma was pushed very high, making runs in behind and targeting the left channel of the opposition’s backline. A role that we could see Danny Ings operate in due to his deadly finishing and intelligent movement in behind.

The second striker in this system will operate deeper in the buildup play, linking the play between the frontline and midfield, which could favour Ollie Watkins as this suits his strengths of hold-up play more than being a ruthless goalscorer.

Leon Bailey is also a player that could explode onto the scene under Emery in a wide right role, where he could be given the freedom to use his pace and trickery to open opposition defences up. However, it remains to be seen whether the Jamaican will be defensively responsible enough for Emery’s liking.

The cornerstone of Unai Emery’s defensive setup is to be hard to beat, shutting out the spaces that the opposition can exploit and limiting the supply to the opposition’s dangerous players.

The entire squad will be given some form of defensive responsibility, denying the opposition the ability to dictate the game.

A combination of quality, aggression and work rate will be needed in the midfield as Emery expects his side to be defensively resilient while being able to play out from the backline and keep comfortable possession, progressing up the pitch.

Against opposition that is considerably dangerous in many areas, the football will be arduous at moments. However, Emery has proven his tactics to be extremely resolute and effective as his Villarreal side made it to the Champions League quarter-finals last season knocking out German powerhouse Bayern Munich along the way.

When in possession Aston Villa will most likely adopt a possession-based philosophy of breaking the other team down while playing out from deep.

However, without possession, the team will be structured and well-drilled, looking to deny spaces for the opposition to play in. With the pace and creativity that Villa possesses this could make them very dangerous.

‘The big six’ have a stranglehold financially on the upper echelons of the Premier League, however, there have been recent examples of other clubs competing in Europe outside ‘the big six’.

West Ham United was a prime example last season of a well-drilled and organised side that has created European memories for its fans.

Currently, Villa is occupying 15th place in the division, however, after the 4-0 demolition of Brentford, Emery will feel that he has the ability in his new side to compete higher in the league.

Aston Villa is a club that has a former European pedigree and the appointment of a manager that has competed in the Champions League and won four European trophies speaks volumes about the club’s ambitions.

With competition stiff and only a selected amount of clubs that can qualify for Europe, it would be a serious ask to achieve European football this season for Villa.

However, with Emery’s track record and given the level of talent at the Spaniard’s disposal, he may have found the perfect fit in the Premier League and should be able to showcase his managerial abilities in England this time around. 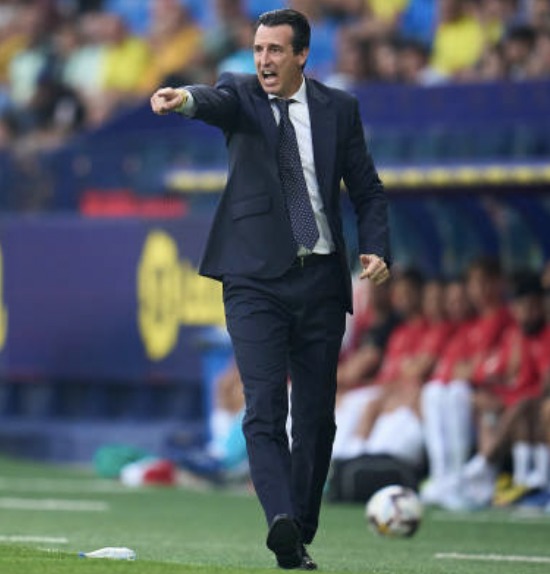