After a dramatic British GP where Sir Lewis Hamilton came out victorious to bring down the gap between him and Red Bull driver Max Verstappen to only 8 points, we head over to the heart of Hungarian capital Budapest where the iconic Hungaroring Circuit is all firing up for an epic drama.

The British GP also involved a much controversial incident, when Verstappen became a victim of a very nasty collision into the tyre barriers at Copse corner after getting hit by the merest of touches from Hamilton’s Mercedes but was enough to off-balance the car.

It was a 51G impact hit which ended Verstappen’s race and he also has to be hospitalised for precautionary scans and checks.

Thankfully Verstappen is back fit again and is raring to go, he also participated 24hr sim race to test his body endurance.

Since the Red Bull has lodged a much-controversial review of the “10-second” penalty awarded to Lewis Hamilton, they want to get an extended penalty for the Englishman.

Red Bull Manager Christian Horner has been vocal about the incident and called it an “amateur” act from Hamilton.

The Hungarian Grand Prix is one of the most loved races on the calendar with tight and twisty tracks, a Formula 1 classic!. It will be the 11th round of the season-long championship and the last one before the traditional midsummer break.

Sir Lewis Hamilton is the most successful racer when it comes to Hungarian GP’s winning 8 times with the latest coming in the 2018-20 season, 4 more than the legendary Michael Schumacher. Interestingly Sebastian Vettel also has two wins coming in 2015 and 2017.

Though the sprint qualifying format implemented at Silverstone got a lot of plaudits and was engaging, the usual weekend format returns in Hungary.

The famous Hungaroring Circuit will host the Hungarian GP 2021, over the course of years the track has built a reputation and is often known as “Monaco without the walls.”.

It’s an incredibly twisted track that is located just 20 mins from Downtown Budapest the track has a 4.381-Kilometre stretch that features 14 turns( 7 left and 7 right) which makes it really draining for the drivers, especially on these hot summer days.

The Top Speed ever recorded is 315km/hr by Sir Lewis Hamilton.

There are 2 DRS activation zones on the track, one at the pit straight and another that follows onto turn two, there’s just one DRS Detection Point from the entrance to turn 14.

The race will have 70 laps throughout the race. Though we can’t see a full-capacity 70k crowd due to Covid limitations still there would be tens of thousands of fans present to relish the exciting event.

Although Hungary is used to experiencing hot weather during this time of the season, there is an even chance of rain on Saturday and Sunday, which may make life very difficult for the racers.

Schedule for the weekend:

Max Verstappen marked his comeback by winning session 1 and was +0.061s ahead of second-placed Valtteri Bottas. Hamilton finished 3rd.

The Mercedes Boys Bottas and Hamilton improved in session 2, finished at 1st and 2nd places respectively, while Verstappen slipped to third.

Do follow our Forums section to get more F1 related updates. 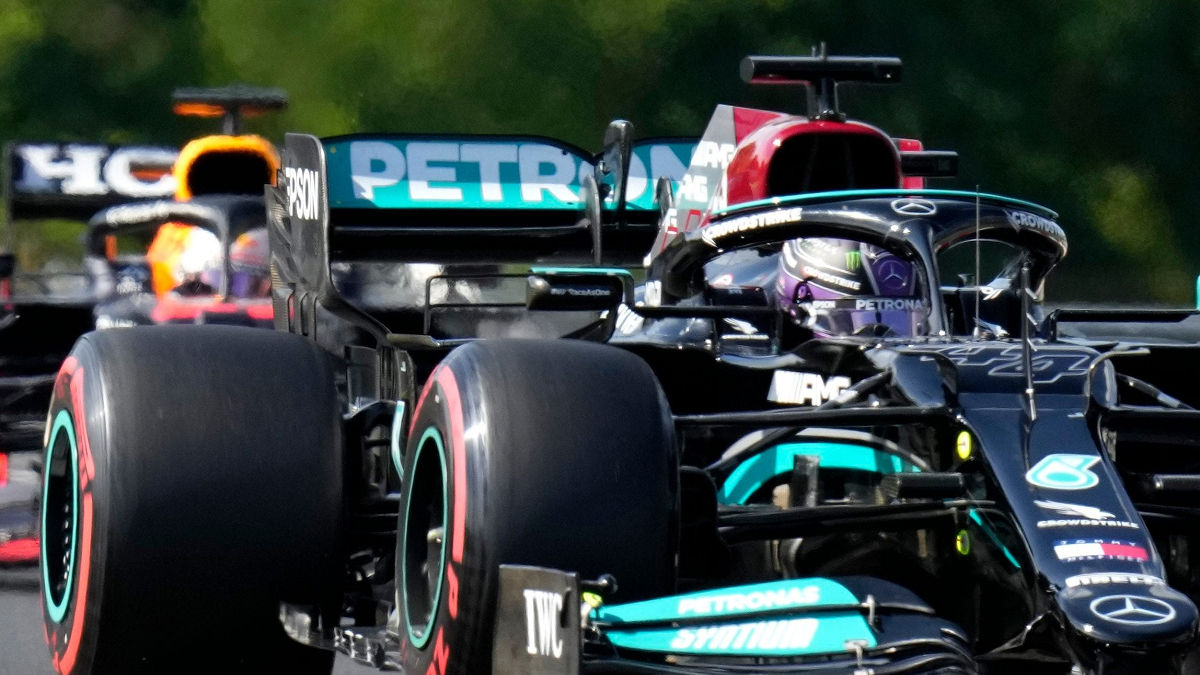