It was a rare day for Indian cricket when two Indian teams were playing in two different parts of the world on the same day for perhaps the first time ever. While the Virat Kohli-led side began preparation for the upcoming England Test series with a warm-up game against County Select XI in Durham, a second-string Indian side showed they are no pushovers by recording a nerve-wracking three-wicket victory against Sri Lanka in the second One-Day International (ODI) Colombo.

The win ensured a relatively younger Indian side to seal the ODI series by taking an unassailable 2-0 lead in the three-match series.

India faced some stiff challenges after almost easing to victory in the opening match of the series at the same venue on Sunday. It was India’s ninth consecutive win in a bilateral series over the hosts.

Chasing 276 for victory, India found themselves in trouble after they lost openers, Prithvi Shaw, Ishan Kishan and skipper Shikhar Dhawan cheaply to leave the tourists struggling at 65-3. Before this match, Deepak Chahar was known as a swing bowler. But after Tuesday night, he would be known as an all-rounder, who can swing a match India’s way with his bat.

The tail-ender Chahar brought India back from the dead with a steely 69 off 82 balls after India looked down and out at 193 for seven. But Chahar and Bhuvneshwar Kumar (19 not out off 28 balls) forged an unbeaten 84-run stand to seal a memorable win for the visitors. Towards the closing stages, Chahar was hit by cramps, but the Rajasthan bowler didn’t let that stop him from taking his team home, as he smashed Kasun Rajitha for a four to mid-wicket and let out the ‘war cry’ off the first ball of the last over.

Sri Lankan spinner Wanindu Hasaranga picked up three wickets, including the two openers, but India’s tail wagged at the death to deny Sri Lanka victory, overhauling the target with five balls to spare. Yadav rallied India with some sublime strokeplay to reach his fifty before he was eventually dismissed for 53, trapped leg before by Lakshan Sandakan with 116 runs required to win.

Hasaranga also removed Krunal Pandya, who was looking dangerous with a handy knock of 35 before he was bowled but Chahar dug his heels in with an unbeaten 69, supported at the other end by vice-captain Bhuvneshwar Kumar (19 not out).

Earlier, a fighting 65 off 68 balls from middle-order batsman Charith Asalanka propelled Sri Lanka to 275-9 in 50 overs.

Asalanka walked in to bat with Sri Lanka 124-3 and he held the innings together with Chamika Karunaratne, who remained unbeaten with a quick-fire 44 off 33 balls.

Opting to bat after winning the toss, the hosts got off to a slow but steady start, with Avishka Fernando (50) and Minod Bhanuka (36) constructing a 77-run opening stand. But both fell in quick succession as the Indian attack made the most of a slow wicket where runs were hard to come by. Pretty much like the series opener, most of the Sri Lankan batsmen got starts but failed to capitalise after the hosts opted to bat.

Chamika Karunaratne (44 not out off 33) came up with another timely cameo to take the team past 270
The momentum shifted India’s way drastically after Chahal removed Minod and Bhanuka Rajapaksa off successive balls in the 14th over. From 77 for no loss in the 14th over, Sri Lanka slipped to 134 for four in the 28th over. Leg-spinner Yuzvendra Chahal was the pick of the Indian bowlers, finishing with figures of 3-50 from his 10 overs while Bhuvneshwar (3-54) picked up the crucial wickets of half-centurions Fernando and Asalanka.

Chahar (2/53) and Bhuvneshwar (3/54) got wickets too primarily due to the profligacy of the home team batsmen. 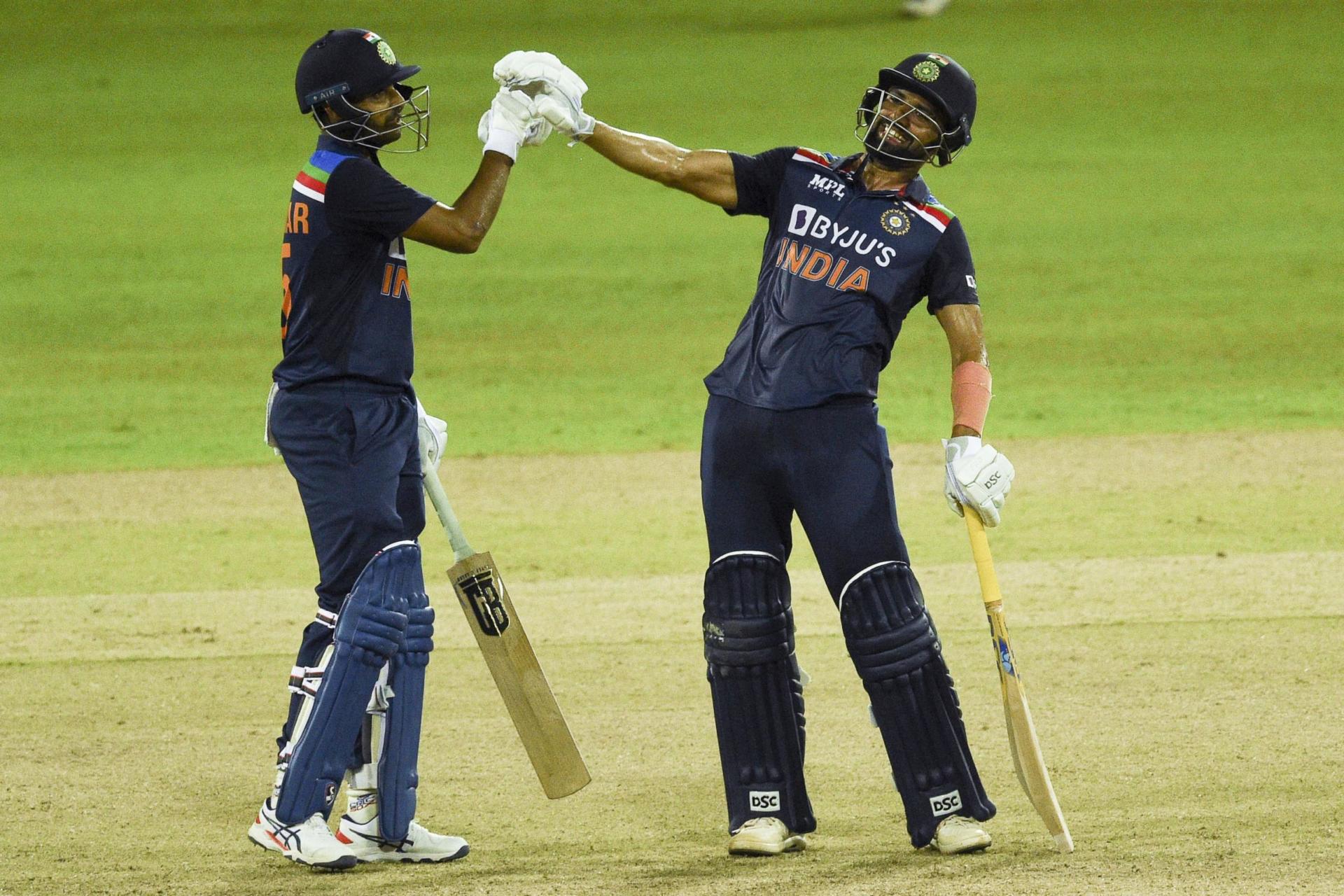