Almost everyone in the rival dugouts was on their feet in excitement during the last two overs of the third and final One-Day International between India and England in Pune, India, on Sunday. That perhaps summed up the mood of the whole series which saw one of the best contests in recent times in all three formats of the game.

India survived a determined Sam Curran attack to win by a mere seven runs in an edge-of-the-seat thriller to bag the series 2-1 and complete a hat-trick of series victories. Earlier India also won the Test series 3-1 to qualify for the World Test Championship final and prevailed 3-2 in the Twenty20 series. For India, this win against England in all three formats at home came straight after humbling Australia at their own backyard earlier this year during a gruelling tour.

In spite of a good start by openers Rohit Sharma and Shikhar Dhawan, along with Rishabh Pant and Hardik Pandya’s stroke-filled half-centuries, the Indian lower-order also caved in meekly to settle for a below-par 329 on a great batting track after being asked to bat first.

But pacer Bhuvneshwar Kumar (3/42) and new all-rounder in making Shardul Thakur (4/67 and 30 runs) got the breakthroughs at just the right times to put India on a victory path. But Curran (95 not out off 83 balls) almost changed the result singlehandedly coming in at No.8. England ultimately finished on 322 for 9.

Yorker specialist Thangarasu Natarajan bowled a brilliant final over with England needing 14 but Curran could manage only six runs as the Indian bowled mostly in the block-hole. India had their chances but dropped four catches as Curran was twice let off the hook on 22 and 87. “Sam Curran did well to take responsibility and take a lot of the strike and it took a great character to play the way he did. I know he will be disappointed he didn’t get us over the line, but we are all very proud of him and his performance,” England’s Jos Butler later said of the great knock by the youngster.

Bhuvneshwar began well with a beautiful inswinger that castled Jason Roy (14). He then bowled another in-cutter which trapped series top-scorer Jonny Bairstow (1) in front after a Decision Review System. Ben Stokes (35, 39 balls) got a reprieve when he looked all but out with Pandya dropping a dolly at mid-off. But in a soft dismissal, the all-rounder departed soon after hitting a full toss straight to Dhawan at deep square leg.

Jos Buttler (15 off 18 balls) was then trapped leg before by Thakur as England stared down the barrel at 95 for 4 when Liam Livingstone (36) and Dawid Malan (50) joined forces for a 60-run stand. Livingstone’s on-drive and a pull-off Thakur were classy shots and once he was set, he lofted Krunal Pandya for a six over long-on.

But Livingstone perhaps had a lapse of concentration while trying to check his shot off an innocuous full-toss from Thakur which ended in the simplest of return catches. With half of the team went for 155, the match became a no-contest when Thakur had Malan pulling straight to Rohit Sharma at short mid-wicket. But then Curran, first with Adil Rashid and then with Mark Wood, nearly changed the game before India prevailed.

Earlier, Pant’s sparkling knock of 78 off 62 balls was well supported by Hardik (64 off 44 balls) but India lost their last four wickets for a mere eight runs to finish at least 30 short of a competitive total on another belter. Pant, during his career-best knock, plundered, four maximums and five boundaries, while Hardik had five fours and four sixes during their 99-run stand for the fifth wicket. However, India lost the momentum during the final 10 overs despite a brilliant 103-run opening stand inside 15 overs between Rohit Sharma (37; 6×4) and Dhawan (67 off 56; 10×4). 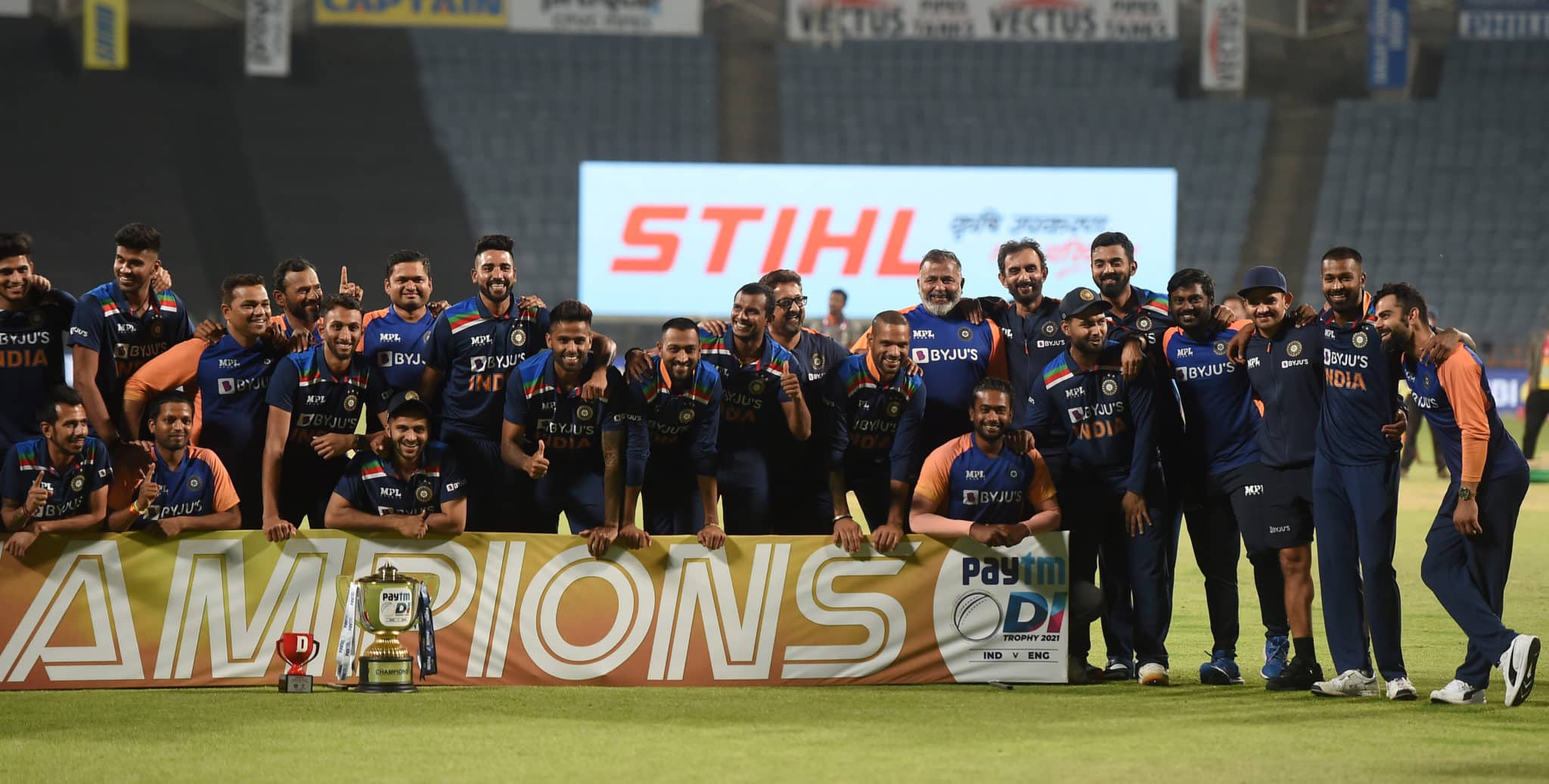