The Indian cricket team took a hammering at the hands of the Australian bowling as they folded for just 36 in the second innings of the first test. With Virat Kohli heading back home and Mohammad Shami ruled out of the test series with an injury, signs are ominous for the visiting team as they get ready for the boxing day test. There are headaches aplenty for the stand-in captain Ajinkya Rahane especially when it comes to the batting line-up.

Prithvi Shaw was bowled through the gate in both the innings and his lack of technique was quite visible in both his dismissals. With Virat Kohli gone there’s still not much clarity on who will fill his spot in the middle order and add to it all the already depleted bowling lineup will have a choice to make between Mohammad Siraj and Navdeep Saini as a replacement for Mohammad Shami. Looking ahead to the second test, Rahane has a huge puzzle to solve.

The opening conundrum: Shaw or Gill?

Prithvi Shaw was bowled in both the innings of the first test match as the Aussies found a glaring hole in his game and exploited it. With Shubhman Gill warming the bench and impressing during the practice games as well the team could look to replace Shaw. Gill has been rated very highly by anyone and everyone that has seen him play. In the only opportunity that he got during the ODI series against Australia, he looked composed and secure at the pitch.

Gill has been knocking at the door for a while now and he deserves an extended run in the big leagues. At the same time though, such a move could shatter the confidence of a young up and comer who hasn’t really had too many chances to prove himself. Prithvi on his part has a century on debut and a stop-start career due to injuries. He hasn’t had too many opportunities to establish himself at the top. It would be interesting to see what Rahane does. Will he stick with Shaw or will he give Gill a chance?

Losing your captain who also happens to be one of the best batsmen in the world especially after folding out for just 36 runs in an innings cannot be great for the morale of the team. The bigger challenge would be finding the replacement for Virat who has been a pillar of strength in the middle order for the team.

KL Rahul and Shubhman Gill are viable candidates and Rahul has been in good form in white-ball cricket while Gill can both open or bat in the middle order. It could be a toss-up between either of the two but there’s also a left-field view of India playing 5 bowlers with Ravindra Jadeja stepping in. With Shami injured and out of the series and a relatively inexperienced bowling replacement in either Navdeep Saini or Mohammed Siraj India could be looking at boosting the bowling with an extra option.

The Wicketkeeper Puzzle: Saha or Pant?

Wridhiman Saha had a torrid first test behind the stumps. For a player that has been picked specifically for his exceptional wicketkeeping skills, questions do get asked if you struggle in what seems to be your primary skillset. As a batsman, Pant’s accolades and performances have been much better than what Saha has accomplished and in Pant India gets a batsman that has the ability to take the game away from the opposition.

The initial thought process behind keeping Saha in the team above Pant was the Wicketkeeping prowess that Saha has displayed in the past. The same caveat was used while picking Saha over Pant in the first test, it would be interesting to see what direction the team management takes, does it try to bolster the batting by bringing back Pant or they keep faith in Saha and give him an extended run?

Who replaces Shami? Saini Or Siraj?

Losing Shami was a big blow to the team that has already lost multiple players because of one reason or the other. Navdeep Saini and Mohammed Siraj are lined up as replacements for Shami but it’s still not clear who will get the nod. Both Siraj and Saini did decently during the practice games and both have been part of the support group for a while now.

Saini, was part of the limited-overs outfit as well where he didn’t fare that well and conceded a lot of runs. Who gets the nod between the two would be interesting to see but what would be more fascinating is to note how the debutant fares in their First Test on Australian soil.

How does the team bounce back?

The headaches just don’t end for Rahane as he not only has to figure out the starting lineup that could feature a raft of changes, he also leads a team that was just recently bowled out for 36 in the second innings. How does the team bounce back from such a showing will be interesting to see.

There were many positives for the Indian team as well in the first test. The bowling unit did a tremendous job in helping India take a first-innings lead and they were able to expose the Australian Batting to an extent. For the Indian team, they have to treat what happened in the second innings of the first test as a one-off and bring in the required changes and try to implement the game plan to the best of their abilities.

Coming off a devastating loss and being forced to make a plethora of changes to the side is not ideal. The signs are ominous for the visitors and it would be interesting to see how or if they can bounce back. 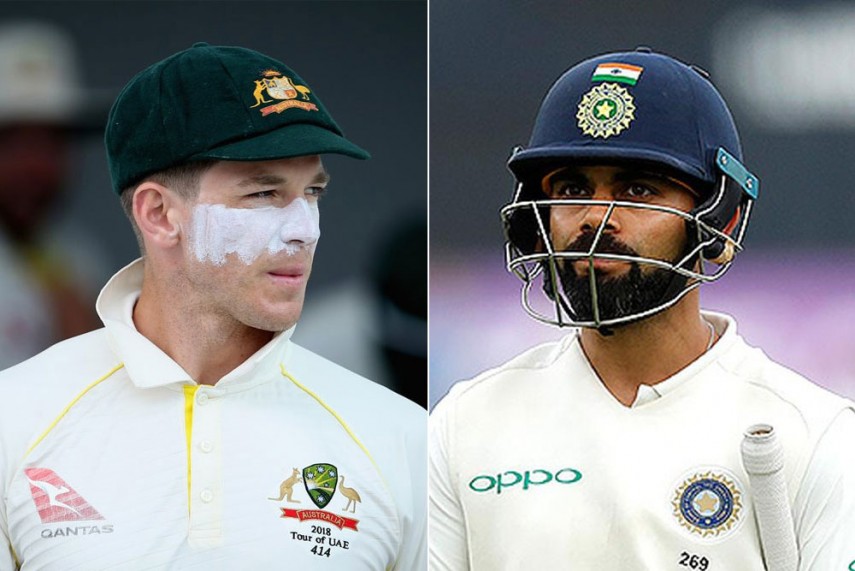