Here’s looking at a great Australian summer between the best two sides in the world. India and the hosts have done the preliminaries with the ODIs and Twenty20s. It was all very exciting in a shrill way, but nothing compared to seeing them on the pitch in whites. This is the big game hunting compared to the clay pigeon shooting of the one day format. Cricket at Christmas is always special.

Adelaide under the stars is a fantastic scene for an opener. As far as the actual cricket is concerned, Virat Kohli was welded to the crease and wanted to book at least two nights in bed and breakfast. The world’s best batsman flys home for the birth of his first child after the match and he has taken his obsessive levels of responsibility to an even greater degree than normal on the pitch.

He was simply refusing to be drawn to risk. It was very much “the look” of a man who knew he must contribute in the short time that he has. There was no hurry, nothing that could tempt him out of a laser focus. Nothing disturbed him on the first day.

Not even Tim Paine. It was his vice-captain and soon to be skipper who left him out to dry. Ouch. From an oasis of calm to an imperfect storm, this was Test cricket at its best. Ajinkya Rahane batted like a mouse after he had done the dirty on his best mate.

With or without Kohli, It has all the makings of a close series. There was always the danger that if India lost the toss and Australia piled up a score, then the rhythm of the night would be with the hosts.. No one does the strut on their own turf like the Aussies.

Two years ago, India neutered the hosts in a tight contest and a low-scoring game, so even with the troubles of last night, India will think 300 is a score they can defend.

The subtleties and sheer drama of the five-day game have always endured and they were on full display here. An early wicket was followed by a fine fightback by India’s other stellar batsman. Che Pujara batted to subdue and sedate the pace attack. As a spectacle, it can be ugly at times but entertainment isn’t always derived from the highlights reel. This was two runs an over cricket that was totally absorbing because of its battle of wills. It can be the idiosyncratic moments, the nuances and minutiae that grab the eye and ear. The Big Bash explosions are a Disney animation for another audience.

As Test matches come under scrutiny for their mere existence, it is good to remind ourselves of the very things that make it the Goliath of the sport. Big Bash and IPL are great for their on a loop entertainment, but if COVID has taught us anything. It is to be still for a while. To be quiet and look for the small things in life. The long format allows a chess-like cul-de-sac from time to time without losing engagement. Ball by ball is an event. It’s a chance to get off the instant gratification machine.

A Test match in itself is supposed to be like a mini-series box set. When it’s done and dusted within the first two episodes, then there is no real sense of denouement.  See New Zealand v West Indies.  In this new fangled world of The Hundred per cent attention deficit, we still want the five-day game to reach out with its epic structure. India and Australia have locked horns. Let’s hope there are many memorable passages of play. 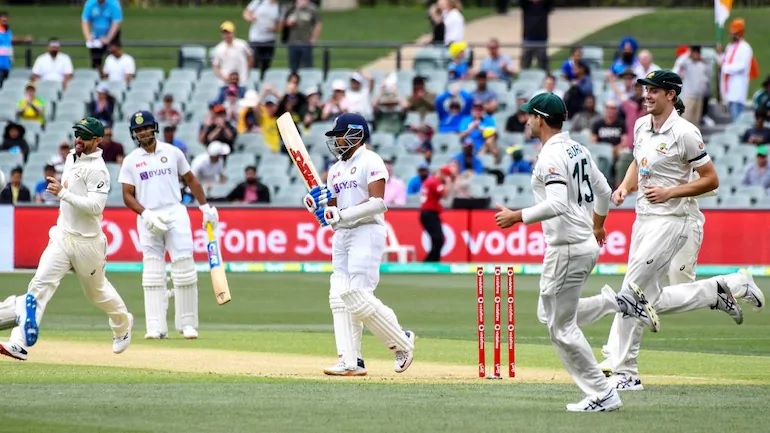