England ended the day 1 of the forth test in Mumbai at 288/5 riding high on the fine century from the debutante, Keaton Jennings and who was well supported by Moin Ali, who scored a half century against an attack which lacked the presence of inform Mohammad Shami.

England openers Cook and Jennings went on to compile a fine opening partnership of 99-run before Cook and Joe Root fell in quick succession with Jennings continuing to impress. Moin Ali who came in after the fall of Joe Root played a handy knock of 50 runs and helped England dominate the two sessions of play on day 1 along with Keaton.

It was not an easy innings to build for Keaton as he was dropped on zero and also survived an LBW review while he was on a mere score of 10 runs. Later on India repented for this and Jennings made India pay the price for the mistakes.

The pitch started to turn as the day progressed and Indian spinners used this as an opportunity to dominate the final session of play. R Ashwin who has been India’s key bowler managed to remove Moin Ali, Jennings and Bairstow in quick succession to keep India in the game.

It was a mixed day for the Indian spinners who were not so effective until tea. Jadeja was the only threatening bowler who made the batsman think for a while. Ashwin struck after lunch to take the big wicket of root and later on raised his game in the final session which almost triggered the mini collapse of the English side.

Butler and Jos batted with responsibility and ensured that the hard work that was done earlier wasn’t ruined at all. At stumps game was evenly poised with Ben Stokes and Jos Buttler both being not out on 25 and 18 respectively. Ben Stokes especially who is a natural stroke player held on his nerves quite efficiently taking into account the need of the hour for his side.

The English side is trailing in the series as India has taken an accessible lead of 2-0 in the Paytm series.

In another freaky incident, Indian pacer Bhuvneshwar Kumar knocked down Australian umpire Paul Reiffel with a throw while fielding in the deep.

But the throw lacked enough power and the ball landed on the back of Reiffel’s head. England’s physio & doctor rushed out to immediately to attend the injured umpire. 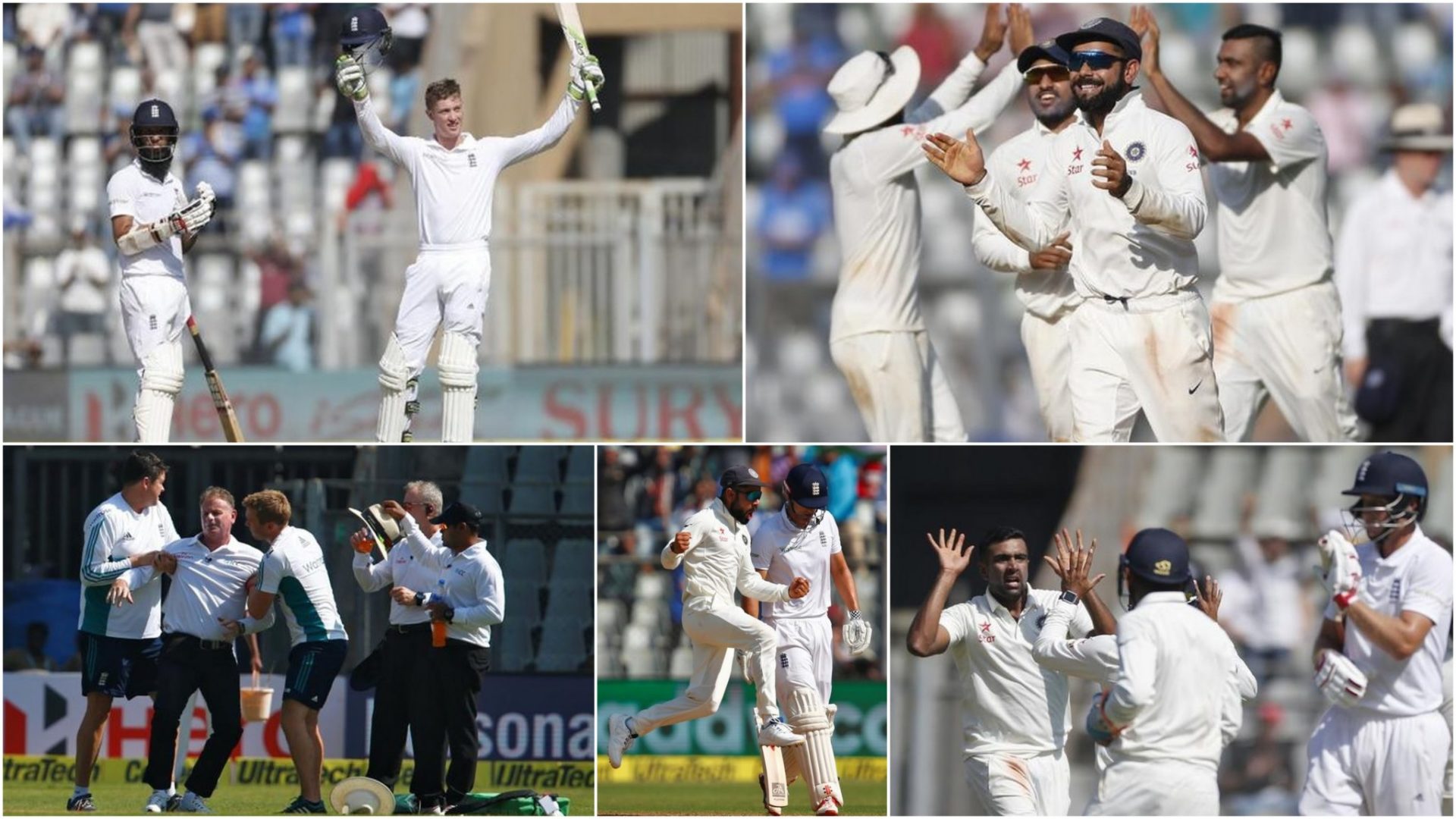