India have had a long tour of Australia and have familiarised themselves with the World Cup conditions better than any other nation. Surely this means that they are hot favorites to storm through the group stages but the question that needs to be asked is whether or not this was an advantage or disadvantage?

Cricket in India is treated as a religion, billions of devotees watch their superstars play the beautiful game of cricket. This is the reason why defeat is considered to be a catastrophe! There are no excuses for India to under-perform in the upcoming World Cup they cannot blame the conditions as they have had plenty of time to adjust.

India would however, want to forget that this tour had ever taken place their bowlers have been demoralised and their middle order capitulated at the hands of Australia’s lethal bowling combination. The sinking ship of Indian test cricket has sinked even deeper they did not cause any problems to Clarke or the inexperienced Smith who has relished the opportunity of captaincy.

India had high hopes of performing well in the Tri-Series against England and Australia but suffered defeats at the hands of both teams. This is a major concern so close to the World Cup.

Virat Kohli has not performed in the recent ODI’s against England or Australia it will be a huge occasion for him in the World Cup and he is yet inexperienced but is immensely talented. It will test Kohli to see whether or not he will be able to handle such a heavy burden.

India face arch nemesis Pakistan in their first game it will be a spectacle for every cricket lover but will India carry on their perfect world cup form against their neighboring nation.

India will need to work hard in their preparations if they want to stand any chance of retaining their title. India’s bowling has been poor in recent times and it is felt that they will need to change this otherwise they will be chasing a target of over 300 on a regular basis due to the batsmen friendly Australian pitches which do assist the fast bowlers but it seems that the 80 mph  pace of the Indian bowlers will not trouble many batsmen in this day and age.

It will be exciting to watch how India overcome their poor form in an attempt to salvage their ODI reputation and excel in the biggest tournament in World Cricket. 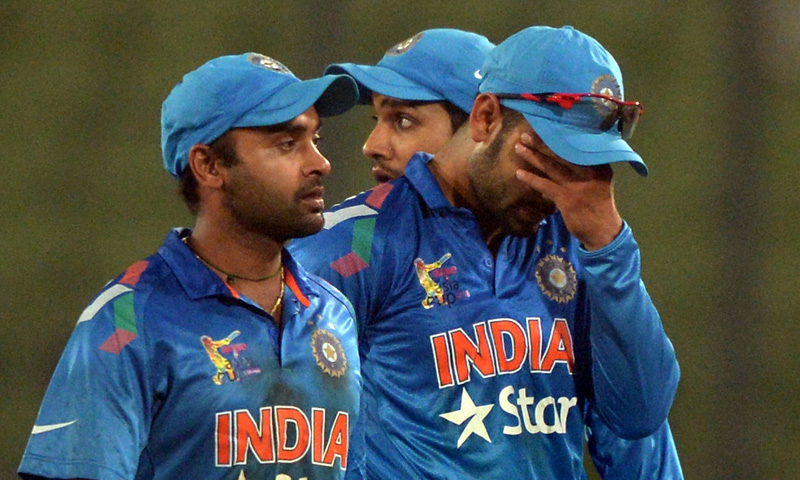