Round 8 of the Gallagher Premiership is set to test squads with players leaving for an exciting round of Autumn Internationals this weekend.

With the international window open, squads will be stretched as players from Ireland, Scotland and Wales will be joining up with their nations for the weekend’s fixtures.

Eddie Jones has revealed his 23 man squad for England’s game against Tonga which will allow those not selected to return to their clubs following the training camp in Jersey.

Round 8 kicks off with the seemingly unstoppable Leicester Tigers hosting Bath Rugby at Welford Road on Friday night.

The Tigers have been revitalised this season under Steve Borthwick, with an emphasis on their strong forward pack, mauls and set-pieces leading their improvement. This emphasis has allowed fly-half, George Ford, to thrive this season, leading the Premiership in points scored with 82, 20 more than the next highest Owen Farrell (62).

Ford led the way against the Northampton Saints last weekend, scoring 4 conversions, 3 penalties and a superb drop goal. Nadolo x2, Van Poortvliet x2, Van Wyk, Montoya and Murimurivalu each added a try in the dominating victory despite Leicester being down to 13 men at the end of the first half.

Bath, on the other hand, has been woefully disappointing this season, sat rock bottom with 6 losses out of 6 – their worst losing run since 2002. Although there is some cause for optimism having stayed in contention against the mid-table Wasps last weekend, only 13-10 down before Mike Williams’ red card foul killed all hope of a first win, eventually losing 27-17.

Bath remain bottom for points scored, despite a talented roster, and are third-bottom for points conceded, plagued by a discontent between their forward and back lines. Confidence in the group is at a low which has only been compounded by individual errors.

Nic Dolly will return to Leicester for the weekend having been left out of England’s squad to play Tonga on Saturday. Dolly has had a strong start to the season with the second-most tries in the league (5) and will be a big boost as others leave for the Autumn Internationals.

Bath Rugby claimed a narrow 21-20 win against the Leicester Tigers in Bath back in April, although this season’s form puts Leicester as firm favourites – and it may not be close.

The Bears have had a fall from grace with last year’s regular-season champions currently sitting 12th in the table, having already equalled last season’s tally of 4 losses.

Last weekend saw Bristol pick up their second victory of the campaign, over the London Irish, earning a bonus point in a 10 try thriller despite going down to 12 men during the second half.

Pat Lam, Bristol director of rugby, hopes the win over the Irish will be a catalyst, saying after the game: “We targeted this game for a win after having a tough start to the season but hopefully we can use this as the base to climb up the table and get ourselves in a decent position.”

Worcester sits just one spot above Bristol so far thanks to accumulating 3 extra bonus points, despite sporting the worst points against tally in the league by a distance (260).

The Warriors themselves won their second game of the season last weekend beating Sale Sharks 27-14 due to 2 tries apiece from Duhan van der Merwe and Jamie Shillcock. Although they have conceded an enormous number of points so far, their victory came on the back of their defence, praised by Sale director of rugby Alex Sanderson after the game. Worcester will hope the defence from last weekend can become a mainstay of the team going forward in order to continue picking up wins.

Saracens are looking to extend their 4 game winning streak to keep within touching distance of Leicester, the only team to beat the North London side so far.

A late Jackson Wray try helped to overturn a 10 point halftime deficit against Harlequins in the last round, seeing Saracens leapfrog Harlequins in the table. Alex Lozowski, filling in for Owen Farrell who was with the England squad for the internationals, had a strong kicking performance and kept Saracens in the game with 2 conversions and 5 penalties, including a superb 50-yard effort.

Tyrone Green, who chipped in with a try against Harlequins, has been excellent for the top scorers this season, leading the Premiership in metres gained (684) and defenders beaten (28).

London Irish sit in the middle of the table but have only 1 win to their name this season – a 33-21 victory over the Exeter Chiefs in Round 6.

The Irish were beaten by the Bristol Bears last weekend, failing to capitalise on a series of sin bins from Bristol. Despite levelling the game just after halftime, a yellow was shown to Albert Tuisue, limiting the attempts to stretch the Bristol defence and allowing the Bears to turn the tide and take a bonus-point win.

Declan Kidney, Irish director of rugby, hopes his team will learn from the performance, saying to BBC Radio: “We have to take a look at the game as a whole. The first 10 minutes, we were in their 22 three times and did not come away with any points. We did score five tries and scrambled well on occasions, but once again there are big learnings for us.”

Saracens will once again be without captain Owen Farrell alongside a host of others who are competing in the Autumn Internationals over the coming few weeks.

The last time the two sides met, in August 2020, Saracens came out on top with a 40-12 victory, and they will be hoping for a similarly comfortable win this time around.

Sale Sharks will be looking to improve their fortunes against the Northampton Saints at the AJ Bell Stadium on Saturday evening.

Sale Sharks enter the game in 10th, having been solid but not spectacular in their games so far. The Sharks have been involved in a series of tight games with Round 7’s 27-14 loss to the Worcester Warriors their biggest points difference this season.

After a strong campaign finishing 3rd last year, Sale have struggled to replicate their strong defence, resulting in them coming out on the wrong side of a number of close games.

On the other side, the Northampton Saints sit in 4th place after a relatively strong start, but their form has dipped in recent weeks. In their past 3 matches, they have lost to the Wasps (26-20) and the Leicester Tigers (55-26).

Fly-half Dan Biggar limped off the field following a fall against Leicester last weekend, making him an uncertainty for the Wales squad to play South Africa on Saturday.

The Northampton Saints won a tense encounter 17-14 back in March and with the Sale Sharks’ tendency of tight games, a similar scoreline would not be a surprise.

The Chiefs enter the game off the back of a strong October run, winning 4 of their 5 matches, including a 16-13 second half come back victory in the last round against Gloucester Rugby.

Chiefs director of Rugby, Rob Baxter, was praised his sides’ spirit, saying on BBC Radio: “It was about the motion and energy and fight and staying in there and just competing to the end, and we did that. If you do those things you have a chance to win and today we took it.”

Exeter has struggled more than most would have expected to start the season but will be looking to carry their recent form into November and climb the table despite losing players to the Autumn Internationals.

Newcastle are coming off their bye week with their last match being their 29-20 loss to Gloucester Rugby in Round 6.

The Falcons have won 3 and lost 3 so far following a succession of tense games, relying on their defence which has been good this season. Their attack is where Newcastle’s problems lie, having failed to score more than 23 points in any game, and scoring the 2nd fewest Tries in the Premiership (13).

Newcastle will once again have to rely on their defence if they wish to withhold the pressure from in-form Exeter on Saturday evening.

The Wasps handed Bath their 6th straight defeat in Round 7 with a 27-17 victory, seeing them climb to 7th in the table with 3 wins and 3 losses.

Waps head coach, Lee Blackett, was keen to highlight his side’s current injury problems, stating: “Bearing in mind our injury situation, I am please we have won three out of six, although we could have beaten both Exeter and Newcastle.”

“We still picked up a number of injuries. Dan Robson had a recurrence of a groin injury which could mean five weeks out. Thomas Young was struggling with a hip injury. We took him off as a precaution. He should be okay to join up with the Welsh squad and obviously Jimmy [Gopperth] will have to be assessed.”

The Quins dropped below their London rivals as a result, but remain in 3rd just 2 points off of Saracens due to their league-high 6 bonus points this season.

Quins starlet Marcus Smith was expected to start England’s international fixture as the number 10 for Eddie Jones, however, a leg injury has kept him out of the starting lineup, being deemed only fit enough of the bench.

Harlequins will be hoping for a strong away performance on Sunday in order to keep pace at the top and try to build a gap between themselves and the chasing playoff contenders. 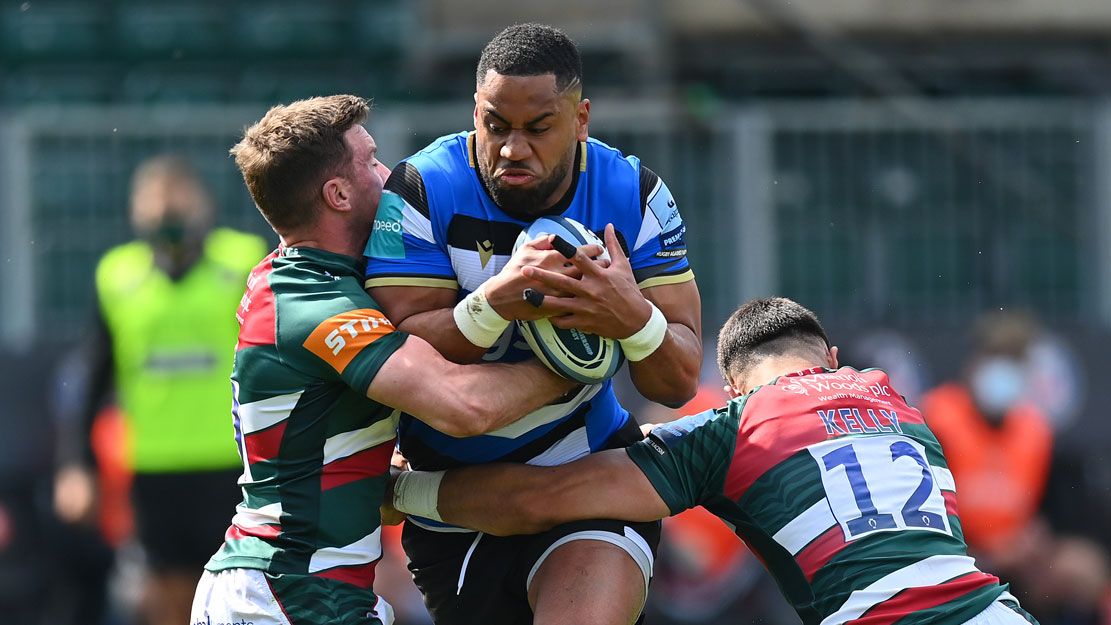