The art of quick bowling has indeed mesmerized many spectators through centuries since the inception of the game of cricket. Since the days of Frank Tyson sheer force to decapitate Australia in early 1950s.

The infamous Bodyline series in which menacing performance was exhibited by Harold Larwood with prime instigators being England skipper Douglas Jardine manage to create a hostile environment to dispel the doubts that this indeed was gentlemen’s game by unsettling the great Don Bradman with series of short-pitch deliveries.

The fear and hostility created by West Indies team in 1970s having a plethora of menacing fast bowlers set the world alight with the emergence of likes of Holding, Garner, Croft, Roberts, and Marshall. The likes of Sylvester Clarke, Jeff Thompson also get an honorable mention in what was described the watershed period of fast bowlers in 1970’s.The Caribbean Hurricane ruled world cricket for almost two decades making every player from the world be wary of such enormous proposition at hand.

Teams that have dominated the arena of Test Cricket have always been blessed with great fast bowlers who had the killer instincts to bundle teams out cheaply such as Mighty West Indies team in 1980s.

In 1990′s, one can have a vague recall of a spell produced by Curtly Ambrose, who ravaged an Aussies line-up for seven wickets for one run.

In early 2000s, Shoaib Akthar aka Rawalpindi Express emerged on to the scene by bowling those lethal and searing yorkers to dismiss Rahul Dravid and Sachin Tendulkar and put Gary Kirsten in bloodbath by piercing his helmet on the flat pitch in Gaddafi Stadium Lahore in 2003.

He was dubbed as by many pundits as the last emperor of fast bowling accompanied by Brett Lee; both had ability to exhibit the spellbinding pieces of fast bowling out of nowhere.

In the recent Ashes series held in Australia 2014 between England and Australia became a witness to one of the most fascinating and sheer menacing pieces of fast bowling being orchestrated by Johnson.

Mitchell Johnson was in hibernation for the most of 3 years, but something special conspired with the help of Australian fast bowling great Dennis Keith Lillee. The notion of swing and seam bowling became all too dull when he grasped 37 wickets in the series to invigorate what express pace does to opposition teams.

The Cricket Pundits thought that the art of quick bowling had died, but all the doubts were dissipated by Mitchell Johnson, who joined the tally of all-time great menacing quick’s to take the center stage in Cricket. As the notion of short pitched formula of fast bowling had come to the fore with the emergence of Mitchell Johnson came the resurgence of swing bowling.

The Cricket World Cup 2015 did see emergence of new fast bowling talent like Mitchell Starc and Trent Boult who bowled at a brisk pace swinging the ball both ways to unsettle many batsmen.

There have been times when it seemed that art of fast bowling has reached its last gasp until fast bowlers emerged from nowhere to keep the audience enthralled and captivated to their seats. 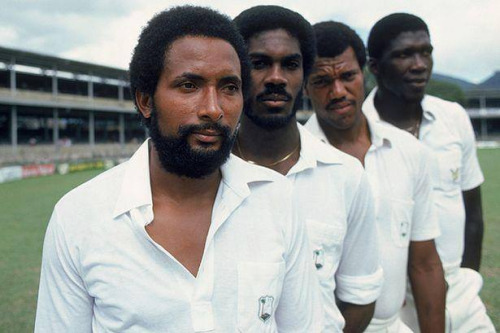