In a piece of delightful news for Man United fans, The long-drawn transfer saga of Jadon Sancho to Man United has finally ended with the club revealing the fact that they have reached an agreement with both Dortmund and have also agreed upon the personal terms which only leaves the Medical impending which will obviously be completed after his return following the Euros.

The transfer fee is believed to be around that £75-80m according to various outlets, the 21-year-old sensation will pen a 5-year deal at Old Trafford with an option of a 1-year extension.

The Red Devils put a short statement reading the agreement in place with Dortmund and their target which only leaves Medical and other formalities to be completed.

“Manchester United is delighted to announce it has reached an agreement in principle with Borussia Dortmund for the transfer of Jadon Sancho. The signing is subject to contractual terms and a medical, which will be completed after Jadon’s involvement in the UEFA European Championship,”

After coming through the ranks at Watford, Sancho worked his way into the Manchester City youth setup alongside another mercurial talent in Phil Foden, After the arrival of Pep and star-studded attacking talent the first-team opportunities become very limited while Foden decided to stick out, Sancho took a bold decision to get out of the comfort zone and push the extremes with a move abroad.

Dortmund bought Sancho for just £6.94million from Manchester City in 2017 to replace Barcelona bound Ousmane Dembele, though the Citizens dealt smartly by including a 15% sell-on clause in his transfer.

Since his move to Dortmund, the Englishman has emerged as one of the best creators in the whole of Europe and earned the tag of “Assists King” in Germany. He caught the eyes of many with his dazzling silky skills and fearless dribbling but it was his output that put him on radars of every big club including Manchester United, In 2019-20 he enjoyed his most fruitful season when he pipped the likes of Messi, Lewandowski to have the best Goals+Assist numbers on the continent.

Man United stepped up their interest last year by making an official bid of around £90m which was rejected straight-away by Dortmund as they want at least £108m to part-ways with their key asset. This started a long-drawn transfer fiasco which frustrated the United fans.

Dortmund finally have to budge on their terms the following year which saw a slight drop in form of the player and Covid struck the finances of the club “very hard” also they don’t want to stand in way of Sancho’s aim to play in the Premier League.

The move was very much an anticipated one, throughout the last month we’ve been getting clues that the Englishman is coming home to Manchester first that Marcus Rashford tweet and then things become apparent when the transfer king Fabrizio Romano broke the news through his official Twitter account that personal terms and transfer fee are already agreed upon by the Red Devils.

With Man City and Liverpool spending big to fill the gaps in their teams it becomes essential for United to follow the suit with some serious acquisitions, And in Sancho, they are getting a real deal here and playing just 70-80 mil for maybe the best young winger around the continent we can regard it as an absolute bargain.

Sancho will add a different dynamism to the Red Devils right flank, both footed, good with close control and dribbling past opposition with ease, it’s as if his eyes lit up when he sees 3 or 4 opposition players in a closed area then it becomes his game, making a fool out of them with twists and turns, shoulder drops and cool-headed dribbling.

His defensive contributions are an issue but playing with a more defence-minded fullback in Wan-Bissaka may very well complement him as he can cover spaces left behind when Sancho surges forwards. Sancho is very versatile too as he can play any role in the forward line including the 10 role.

Unlike the players’ Man United currently have on the right-flank in Dan James and Greenwood, Sancho is good at moving outwide and creating goal-scoring opportunities with crossing from the byline, He’s a maverick who can roam everywhere on the pitch to get on the ball, dragging players, causing havoc in opposition defences.

As we can see in the above heatmaps, Sancho is much more random and creative than Mason. While Greenwood is much more direct and likes to turn inwards to take a shot at goal, Sancho is purely a different gravy he can dance about the opponents with his mazy dribbles. It’s a nightmare for defenders to face him as they can never know which way he’s going.

He would make the Manchester United attack much more flexible, fluid and dynamic. Most Importantly this would surely solve their creative problems when they face inferior opponents which tend to go with a low-block putting 10 men behind the ball, United do struggle a lot against these kinds of oppositions.

This news comes music to the ears of United faithful’s but the Red Devils still need to go out and spend heavily on other key area i.e the central defence with Raphael Varane and Pau Torres linked to the club, it can very well turn out to be a dream transfer window and would make them strong contenders to have a shot at title next season.

Do let us know your views on Sancho’s transfer to Manchester United and for more updates like these join our Forums section. 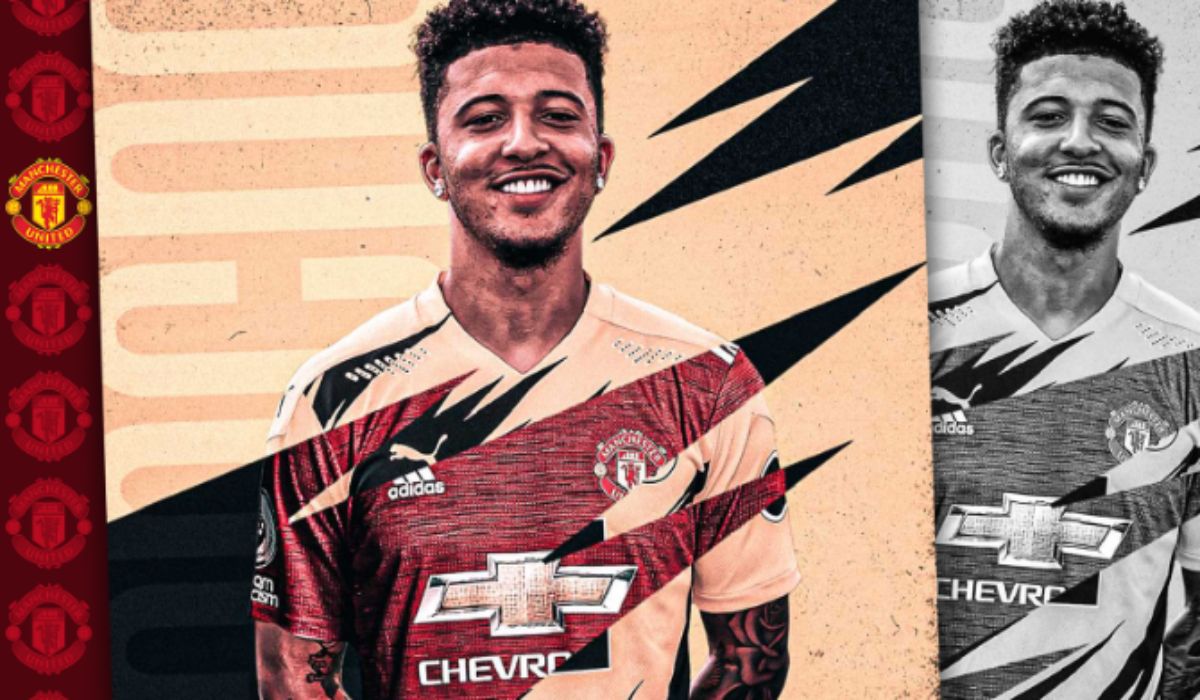