Phoenix Suns clinched their spot for the NBA Finals (4-2)

Yesterday night, the Phoenix Suns clinched their spot for the NBA Finals after their win 130-103 against the Los Angeles Clippers in the Western Conference Finals. To close the series and advance to the NBA Finals the Phoenix Suns were led by an amazing performance of Chris Paul who compiled 41 points, 8 assists and 3 steals. Additionally, CP3 scored 31 of his 41 points in the second half of the game to helps his team to win this game.

Ahead of this game, the LA Clippers were looking to even the series and go for a Game 7 at Phoenix to stay alive. The Suns led by CP3 and Devin Booker wanted to close the series and reach the NBA Finals for the first time since 1993 and Charles Barkley. The Suns performance is even more incredible as it the first time in the NBA history that a team make it to the Finals after missing the Play-Offs for at least 10 years.

As the Phoenix Suns will play the third NBA Finals in the franchise history after 1976 and 1993, it will be the first Finals in the career of Chris Paul. At 36 years old the Point God will finally have a chance to win the NBA title.

After advancing in the NBA Finals for the first time of their career, Chris Paul and Devin Booker shared their thoughts about their journey to the Finals :

“I am just happy for all the people around me. Since day one they welcomed me with opened arms. We still got a lot of job to do but we are going to enjoy this moment.”

” We did not want to go back to Phoenix without it (the trophy), we didn’t want to do a Game 7, we wanted to do it here tonight.”

Furthermore, the Play-Offs run of the Suns is really great as they eliminate the Los Angeles Lakers, the Denver Nuggets and the Los Angels Clippers in the Western Conference Finals. The record of the team is 12-3. Of course, all of the teams they eliminated suffered from injuries of important players in their rosters, however, the Suns showed what a great team they are the whole season.

In the case of the LA Clippers, they took part in the Western Conference Finals without Kawhi Leonard, their franchise player who was injured and even though Paul George stood up and led his teammates greatly it was not enough to beat the Phoenix Suns in this series.

Now, Chris Paul and his teammate will have to face either the Atlanta Hawks of Trae Young or the Milwaukee Bucks of Giannis Antetokounmpo in the NBA Finals. Hopefully, those two teams will be able to count on their respective franchise players for the remaining of the Play-Offs. One thing is sure right now, the Phoenix Suns are clearly favorite for the title. 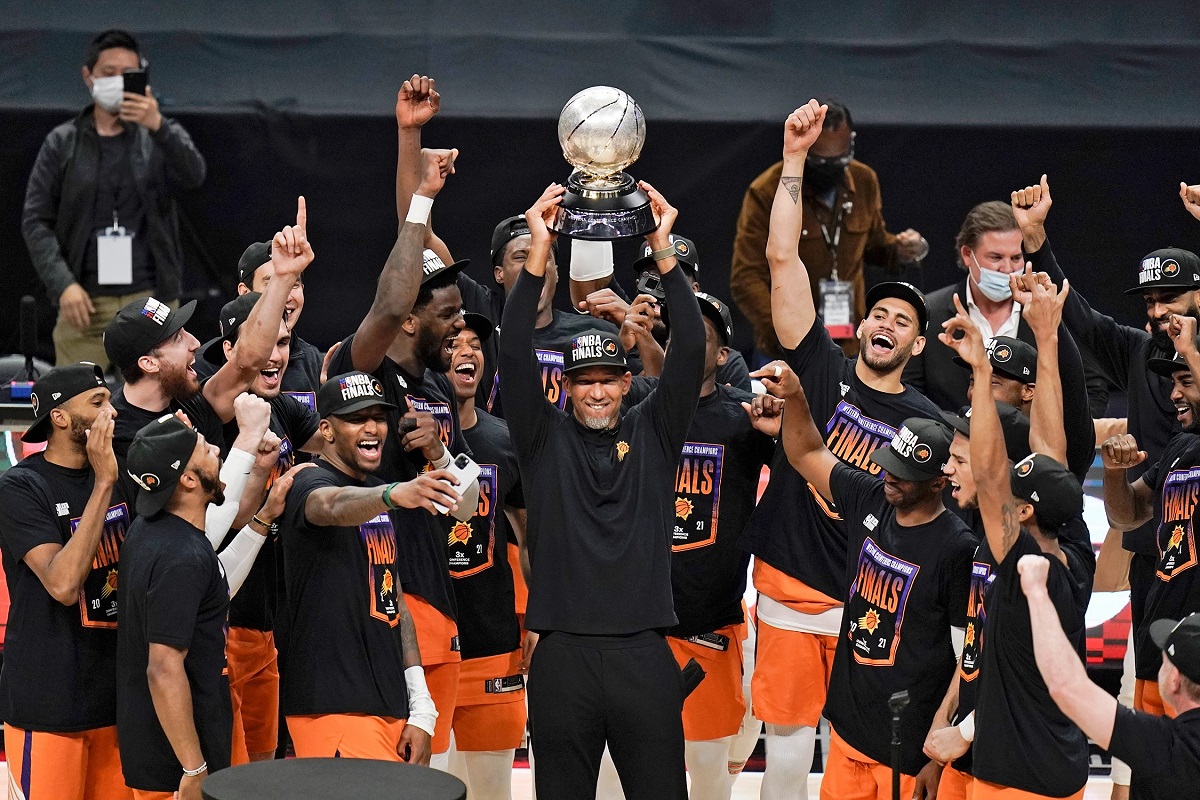