The Bundesliga has produced some of the most prodigious talents in European football. The 21 year old, German international, Kai Havertz has become the youth sensation, playing for Bayer Leverkusen.

The midfielder from Bayer Leverkusen is one of Germany´s biggest talents to emerge recently.

Leverkusen value Havertz at £90m, but all parties are hopeful a deal can be completed which would see Chelsea paying £70m plus add-ons.

Chelsea, having already signed Hakim Ziyech and Timo Werner, it would leave Lampard with one of the most fearsome attacks in the Premier League.

The young German can combine all types of passes. No matter if his team needs through balls, long balls to switch sides or quick one-touch passes in tight spaces. Kai Havertz offers all those passes.

The quickness with which he includes the new information in his decision making is simply impressive. It seems that Kai Havertz always observes the structure of the opponent.

He knows exactly where he can find some space. He excels at finding space in the channels, in between the lines, or out wide.

He generally plays the Central Attacking Midfielder position but he possesses the ability of good off-ball movement and extraordinary behavior under pressure.

He has also played the No. 8 and No.6 position because of he is a “creator”. The passing ability as mentioned before has allowed him to play those positions and he can create more goal scoring opportunities.

Havertz is often able to find a teammate further forward to distribute the ball from deep midfield. Once he finds space,his ability to execute chipped passes, through balls and low passes helps him well in building up the attack.

Wherever he plays, he tends to drop back deep in the midfield and combines well with the centre backs in order to keep the ball moving.

Alternatively, his movement allows him to arrive in prime goal-scoring positions where his finishing ability enables him to dispatch chances. He is a significant goal threat for the opposition.

It’s no shock that the youngster is already in comparison with his idol Mesut Ozil. Further comparisons are between Havertz and former Bayer Leverkusen players like Michael Ballack, Toni Kroos and Arturo Vidal.

Kai Havertz not only plays the simple flat through balls during counter-attacks. His good observation of the game allows him to see the open space and be aware of the movement of the defenders. 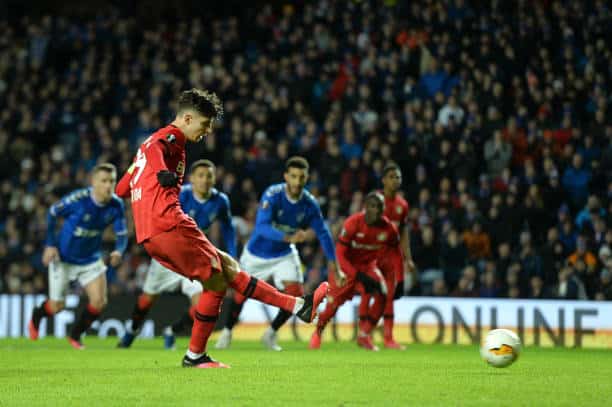 The traits of fancy heel kicks and flicks helps him pass the ball forward. These are very subtle and quick passes, restricting the opponent to get hold of the ball.

With such a well-developed repertoire at a young age, it’s no surprise that Havertz is attracting attention from a number of world-class teams.

With the signings of of Timo Werner and Hakim Ziyech and possible signing of Kai Havertz, the Chelsea line up looks well built.

Should Havertz be in the starting line up, he could take the place of Ross Barkley.His attributes of goal scoring and creativity would be welcomed with open arms by Chelsea.

Having Havertz and Mount behind Christian Pulisic, Werner and Ziyech could prove to be one of the league’s most deadliest offenses. Pulisic and Ziyech can play on the wings and drop into the midfield to create.

Recently Sane said,“A lot of young players get the chance to play and to develop well in the Bundesliga.”

“Timo Werner and Kai Havertz are two Germans in one year now to transfer to the Premier League – I think Chelsea made good deals.”

It seems it’s the biggest hint dropped regarding the transfer situation,and Havertz is most likely to join the Blues.

Chelsea could close the deal of Kai Havertz.With this line-up, Chelsea would be a team to look out for next season. With the mastermind of Lampard, the Blues could surely be the contenders of the league.

What are your thoughts on this transfer? 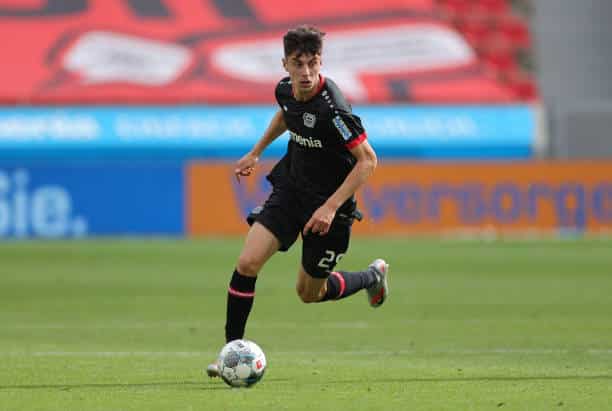