Brook and Khan to finally settle grudge match in the ring.

Kell Brook v Amir Khan, one of the most drawn-out boxing sagas of modern times looks to be coming to a head as reports from UK Media sources suggest that the long-term bitter British rivals are finally set to meet in the ring and settle their grudge match once and for all in February 2022.

The Daily Mirror reported that the fight will be at a catchweight of 150lbs, with an official announcement expected in the coming weeks. It is further understood that the purse splits have been agreed upon, and there are now just a number of minor issues which need resolving before contracts are officially signed by both fighters.

Kell Brook who has been out of the ring for 14 months, confirmed the reports when speaking to IFL TV stating he had already signed his part of the contract. “When you’ve been in the game for 26 years, you lose the taste for it, I need a big massive fight to get my teeth into.“

“He’s been saying he wants it. I’ve done my thing. Let’s see if he does his. I’ve signed my part of the fight. He just needs to come forward and sign his part and we’ve got the biggest fight in British boxing. Everybody knows this fight needs to happen”.

Speaking to Talksport in early 2021, Amir Khan, who hasn’t fought for two and a half years, opened the possibility of the fight happening.

’Me and Kell are probably past our best, I’ll be honest. But at the same time, we’re both around the same age. I think it’d be a good fight between us to see who the #1 is in Britain’’.

Before seeing Froch vs Groves and Joshua vs Klitschko at Wembley Stadium, this was the fight many expected to sell out an outdoor arena, but it never happened back when Brook and Khan were in their prime.

In the same interview with Michael Benson of Talk Sport Amir Khan also explained the reason why the bout hadn’t taken place.

‘’The reason me and Brook never happened when we were both champions was because I was campaigning more in America. When Kell wanted that fight, I knew it was only gonna be a big fight in the UK. And also, I was making more money in America to be honest with you, that’s why.“

In their recent fights, Khan and Brook have come up short when facing the very best fighters in the 147lbs division and above. Khan stopped by Canelo and Spence Jr, and Brook by Golovkin and Spence Jr. Both have been stopped by current WBO champion Terence Crawford, but neither fighter has ducked a tough fight. And their toughest may be yet to come against each other.

If this is to be the last fight before retiring, both men will want to end their careers on a high by finally settling the debate over who is the better fighter. If it goes ahead, expect fireworks. 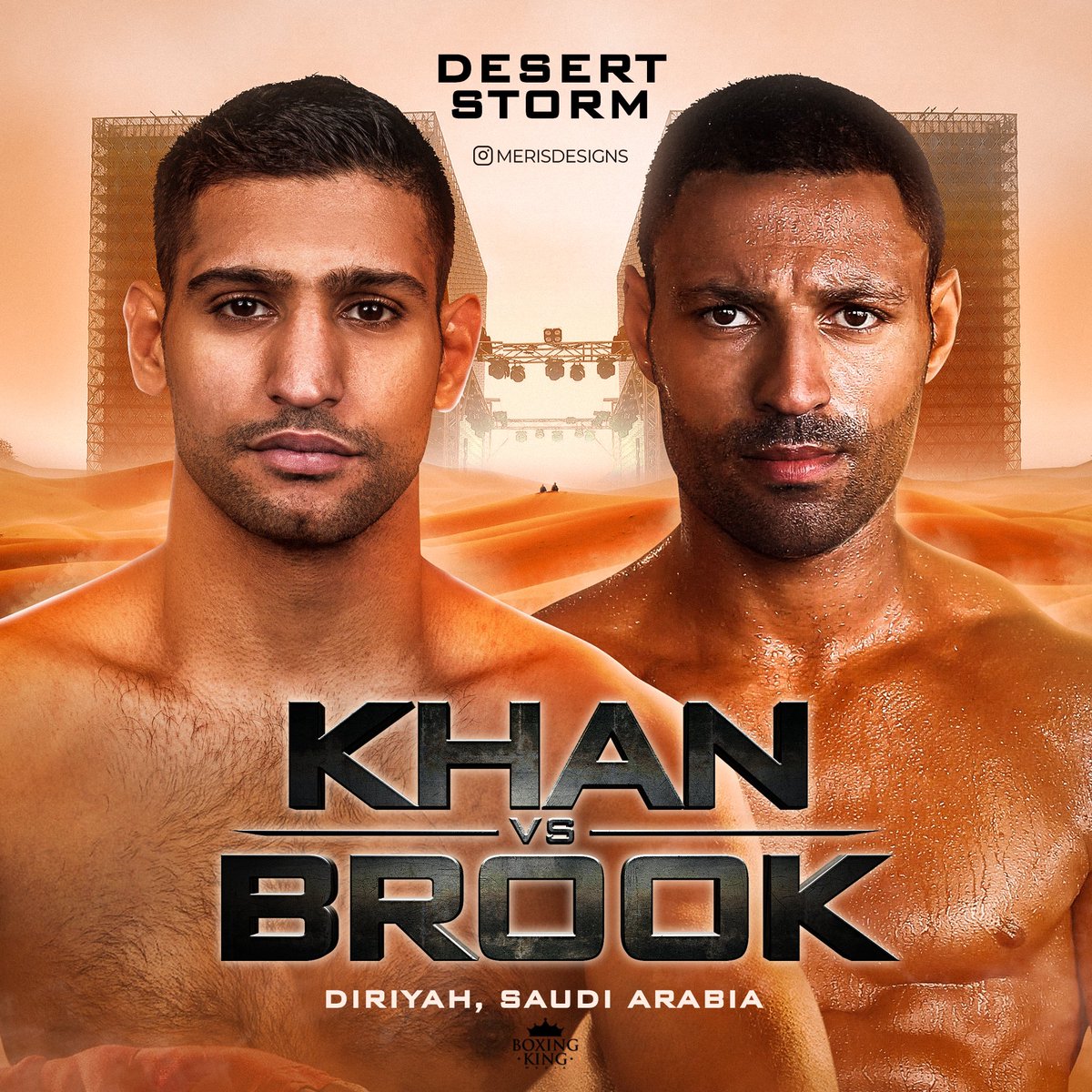