In a recent interview on The Lowdown, WBC heavyweight champion Tyson Fury (31-0-1, 22 KOs) stated he wants Anthony Joshua (24-2, 22 KOs) to step aside from the rematch with Oleksandr Usyk (19-0, 13 KOs) so he can fight the Ukrainian instead in a bid to become the undisputed champion at heavyweight.

“If Joshua goes in again and loses, which I think he will, that fight’s dead in the water for me. But if he lets me fight Usyk and I batter Usyk, then I’d come back and batter him as well.”

After Joshua’s performance against Usyk, boxing experts hold out little hope for the Briton regaining his titles. Bob Arum, for example, believes nothing will change in the second fight and predicts another victory for Oleksandr Usyk.

“No way is he going to beat Usyk in his next fight, no matter what new strategy he deploys. The only way you’re going to beat Usyk is to pin him and corner him with your high weight and pressure him. But then he can unload against you. Now, a Tyson Fury can absorb that, as we all know, but Anthony Joshua has a suspect chin.”

Indeed, the man from Watford was conclusively outboxed over 12 rounds and some would argue he was lucky not to be stopped in the closing seconds of the final round.

In the post-fight press conference, Joshua spoke about fighting Usyk again. “Well done to the winner and we will back again, get back into training, great 12 rounds, great experience as well in the ring and we progress from this point on, once again, so we will be doing it all again soon”.

Shortly afterward, Joshua and his management team invoked the rematch clause in the original contract.

Eddie Hearn didn’t think it was AJ’s best performance but acknowledged the genius of Usyk “I don’t think AJ boxed well, I don’t think he adopted the right strategy, the right game plan, it’s easy to say should have done this, should have thrown more combinations. Also, let’s acknowledge the brilliance of Oleksandr Usyk as well, the faints the movements, the aggressive way that he boxed, so you gotta give him unbelievable credit but AJ got it wrong”

Hearns’s comments about tactics and game plans prompted speculation and calls for Joshua to change his training team, especially after losing his titles to two smaller fighters in three fights.

Appearing to heed the calls, the former world champion visited several gyms in the United States to try out with some of the best boxing coaches in the world such as Virgil Hunter, Ronnie Shields, and Eddie Reynoso, who trains pound for pound king Canelo Alvarez (57-1-2, 39 KOs).

It hasn’t been confirmed yet if Joshua will hire a new coach or stay with McCracken for the rematch, but in an interview with iFLTV, he hinted that he might need a change in setup to improve his skills as a professional boxer.

“I needed to create an environment where I can continue progressing as a fighter and learn new teachings”.

There is an argument to suggest that changing trainers does not automatically guarantee Joshua a win against Usyk. But getting out of his comfort zone and leaving the Olympic gym in Sheffield may potentially focus his mind on using his strengths as opposed to leaving himself open to exposing his weakness. A return, in fact, to the Anthony Joshua who destroyed the best of the division at that time on his way to Heavyweight superstardom.

Joshua has the physical characteristics to beat Usyk, nevertheless, he failed to impose his obvious strengths in the fight, and a failure to let his hands go and test Usyk’s chin played into the game plan of the skilled, talented, and experienced fighter from the Ukrainian.

If Joshua steps aside, he will only do so with a guarantee to fight the winner of Fury-Usyk and that throws up the possibility of an historic, recording-breaking domestic dust-up that could well be the biggest and most financially lucrative British and World heavyweight clash of all time.

After defeating Deontay Wilder (42-2-1, 41 KOs) twice in a row, Fury is universally considered the best heavyweight on the planet. His trainer Sugarhill Steward has improved and honed Fury’s natural skills and ability and he now looks the more complete fighter. WIth his excellent footwork, superior height and weight advantage, and knockout power, Tyson Fury should be too much for the Ukranian. He certainly will not be as gun-shy as Joshua, and Usyk will be in for a tough fight. What a mouth-watering prospect to look forward to.

Fury and Usyk are the two most in-form heavyweights and it would be a thrilling spectacle for boxing. The question is, will Anthony Joshua step aside and allow this fight to happen or will he force a rematch? 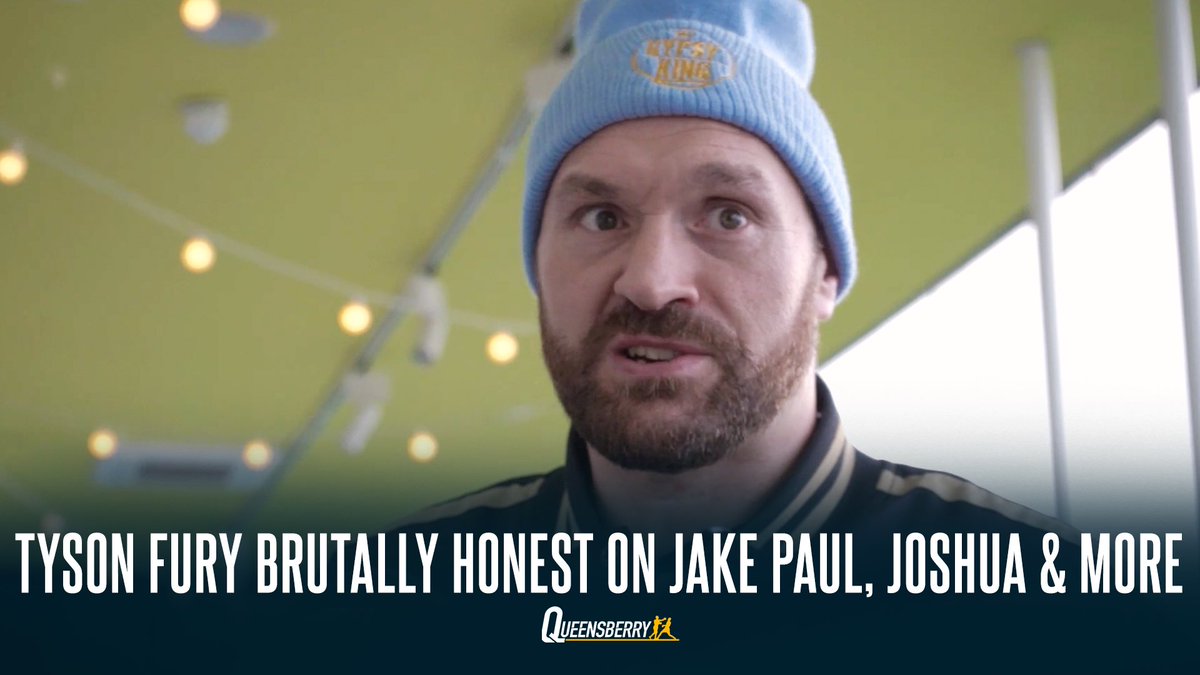