India’s World Cup hopes are hanging on a small thread thanks to a crushing defeat by eight wickets from Kane Williamson’s New Zealand. The Kiwis restricted the Indians to a score of 110-7 and managed to chase the target down inside 14.3 Overs.

Having suffered a 10-wicket hammering to arch-rivals Pakistan, India was hoping to get into the tournament with a victory against New Zealand. Unfortunately, due to some indifferent batting from the top order, they could only manage a score of 110 thanks to a late flourish from Ravindra Jadeja. A score of 49 from Daryl Mitchell ensured that the Kiwis cruised through to victory.

Lack of Intent or Execution to India’s Batting?

Whenever a team sets a total to defend in a T20 match, the start is always crucial. During the match against Pakistan, India found themselves 36-3 in the first six overs, today they were 35-2. Ishan Kishan, who came in for Suryakumar Yadav due to fitness issues, was sent to open with KL Rahul, with Rohit Sharma batting at three.

This was a bold move, which obviously didn’t pay off. So the question is, if you want to bring somebody like Kishan in, why not have him at number four, as that is where he bats for Mumbai Indians in the IPL? Or you could drop KL Rahul, who looks slightly out of knick and bring in a Shreyas Iyer or Ruturaj Gaikwad, who was the top scorer in the IPL.

Time For A Bit of Ashwin?

Although this is a different format, if a bowler has 413 Test wickets, with most of them in the sub-continent, why are you not playing him regardless of the format? Varun Chakravarthy looks like a quality find for the team, but in a crunch game like this, would you not go to experience rather than talent?

England Tour and IPL A Factor?

The jam-packed cricket schedule could be another factor for India’s disappointing tournament thus far. From moving bubble to bubble, to changing formats, it seems like the men in Blue are struggling to find the balance needed for consistency in all three formats.

The fact that the BCCI sent a white-ball team to Sri Lanka and a red-ball team to England is another topic to be taken into consideration. But did the captain, coach, and the BCCI really plan well accordingly to this tournament? I don’t think so.

Is The Dhoni Impact Working?

Due to his experience in handling pressure in big tournaments, the BCCI appointed the 2007 World Cup-winning captain to act as team mentor, but the question is how much of an impact is he having on the team in terms of tactics and/or team selection.

Also, Shardul Thakur was brought into the squad for his performances at the back end of the IPL, but with that being said, should the selectors have also considered somebody like Ruturaj Gaikwad who was the top scorer in the IPL to bring some new energy into the team?

India’s next game is against Afghanistan on Wednesday. Kohli and his men must win that game to keep their hopes in this tournament alive. Can they turn things around? 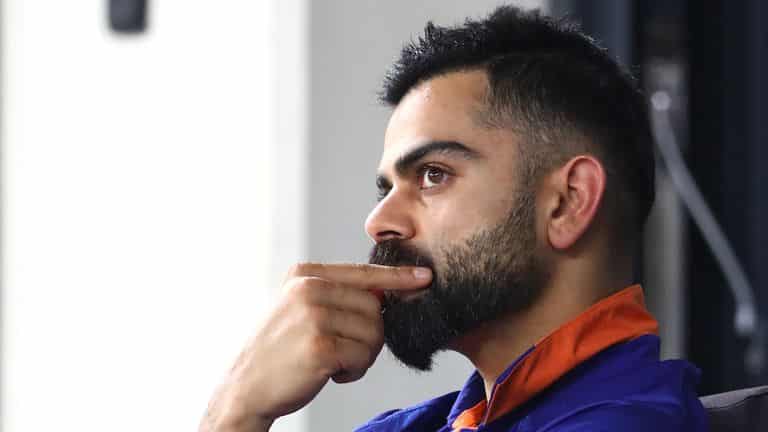