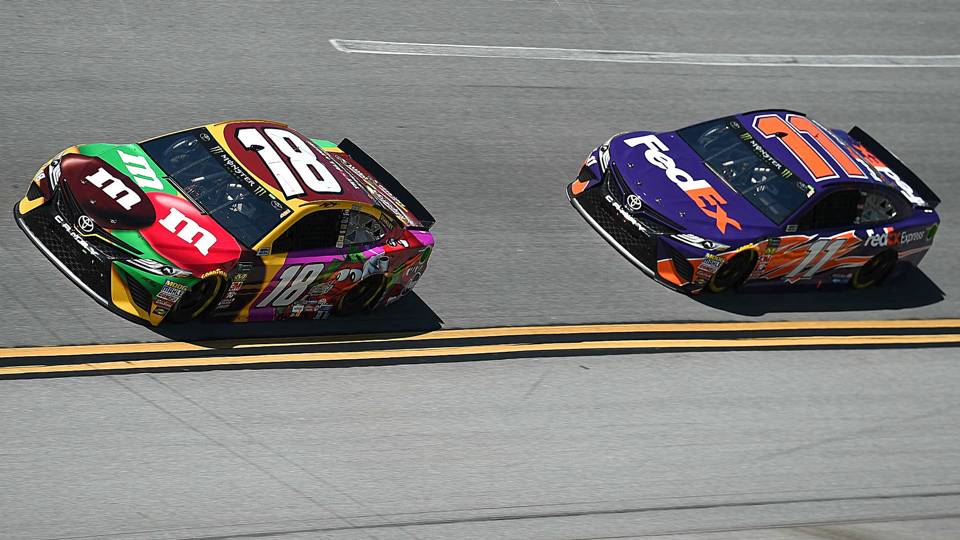 It wasnt easy sledding there at the end as they needed to have two late restarts, the last one was due to a big crash involving Bubba Wallace, he spun into the grass and ended up slamming into the inside wall, receiving heavy damage.

Bubba got out of his car wabbly, grabbing hold of his bearings before being sent to the care center.

Harvick’s pole qualifying run also was erased but he still managed to make up for it, leading 30 laps and finishing in fourth place.Rounding out the Top 10 were William Byron, Chase Elliott, Ryan Newman, Kurt Busch and Denny Hamlin.

A post-qualifying inspection failure knocked Busch off the front row and back to a 28th-place starting position. Although he didn’t stand on ceremony, however,charging through the field,with three laps before the end of Stage 2 allowed him to stay out under the caution at stage’s end and receive the stage win.

“You keep reaching higher up the ladder and you keep reaching more milestone drivers,” Busch said. “Tony Stewart is one of the all-time best and one of the drivers that I was a fan of growing up. It’s awesome to be able to tie him. There’s many more. We want to keep going.”

There are just five races left before the 16-driver playoff field is set. Next Sunday we head to Watkins Glen to do some Road Course Racing