Last night saw Cleveland stage the first round of the 2021 NFL Draft, the biggest and most anticipated event of the offseason. It did not disappoint with drama kicking off all over the board, as Chicago traded up nine spots to 11 in order to acquire the services of Ohio State quarterback Justin Fields. The Philadelphia Eagles traded with fierce NFC East rivals, the Dallas Cowboys to leapfrog them into tenth spot. In return, Dallas received the number 12 spot and a third round pick. Then, after securing QB Zach Wilson at number two, the New York Jets traded back into the first round with the Minnesota Vikings to bolster their offensive line with Alijah Vera-Tucker.

With that said, here are my favourite picks from this year’s NFL Draft.

The giants did exceptionally well to get this man. They were open to trading their number 11 spot as they knew their top picks were off the board already, but were able to gain some draft capital from Chicago in a fifth pick this year as well as the Bears’ first-rounder and a fourth-rounder in 2022.

Toney is a very dynamic and reliable wide receiver who has had 150 targets and only three drops in his four seasons at Florida. He will be a great help to QB Daniel Jones and is an addition to a growing offense with free agent acquisitions Kenny Golladay and John Ross.

Tryon is an excellent pass rusher and the reigning Super Bowl champions have got themselves another title winning defence with Ndamukong Suh, Devin White and William Gholston. Although their defence is ageing slightly with these guys and so they needed some youth in there to pick up the reigns in the next couple of years.

During his last season for the University of Washington, Tryon had 41 tackles with 8.0 sacks in 13 games played for the Huskies. He certainly is a hot prospect and has a big future in Tampa.

The Browns managed to pick up Newsome at 26th overall which I think is fantastic value, as he could’ve gone much earlier in the draft. His size, strength and speed means he can matchup with any receiver in the league, whether it’s someone like Tyreek Hill or Michael Thomas. Cleveland were a bit light in the corner position, so Newsome is a sensible addition to the roster and will no doubt improve the secondary.

Watching his tape from college, the only thing you’d say is that he needs more interceptions. He only managed one interception in his college football career, so will need to work on that if he’s going to become a regular starter in the NFL.

The Cowboys originally had the number 10 pick but traded down with the Eagles to 12 when both top CB prospects were off the board. It was obvious after last year that the defence is in severe need of improvement, and Parsons is the first step of that rebuild. The Cowboys already have Jaylon Smith and Leighton Vander Esch, and veteran Sean Lee retired this week so Parsons will bring some more stability and will fit right into Dan Quinn’s system.

Parsons was ranked as a top-10 recruit nationally, winning the American Family Insurance National Defensive Player of the Year award as a senior. He was also named a first-team All-Big Ten selection and the conference’s Linebacker of the Year.

I really like this pick. Obviously the Bengals have been very poor in recent years, but they have a franchise QB that is good enough to win a Super Bowl, and now he has an offensive weapon he can trust. Chase was the highest ranked receiver in the draft at number five and has been described as a ‘generational talent’, so it was impossible for the Bengals to pass him up.

Chase was the top-performing receiver in America in 2019 when Joe Burrow was starting QB and had more touchdowns and more yards than 2019 first-round pick Justin Jefferson, who was a Pro Bowler as a rookie after being selected No. 22 overall to the Minnesota Vikings. This will no doubt excite Bengals fans hugely, however, they have to make sure they improve that Offensive line because Burrow will need more protection after coming back from that ACL injury.

The Steelers were crying out for a running back to fill the void left by Le’Veon Bell that James Conner couldn’t quite do. Harris is powerful, agile and can line up as a receiver which seems to be so important for running back’s nowadays. With an offensive core of Roethlisberger, Claypool and Harris, the Steelers may be a big contender for the AFC title in a couple of years.

After his senior year at Alabama, Harris obliterated Derrick Henry’s school record for career rushing yards by almost 300 yards. Henry is now one of the top back’s in the league, so if stats are anything to go by for Harris, the sky is the limit for him.

The LA Chargers feel like a team that are very nearly there. They have talent all over the field on both sides of the ball. To me, this pick is a step in the right direction, as QB Justin Herbert will need a lot of protection in a very competitive AFC West. Having said that, Herbert is another franchise QB and will be at the Chargers for years with all the offensive weapons he has at his disposal and Slater is the blindside protection that they need.

Back in 2019, Slater neutralised Chase Young and we all know how key he is to that Washington pass rush. In that same season, Slater allowed no sacks, had one quarterback hit and five QB hurries, so is clearly a talented O-lineman, and is one that others may wished they had picked instead.

We all know the story of the bears drafting Mitch Trubisky instead of Patrick Mahomes back in 2017 which ultimately lead to the Kansas City Chiefs becoming Super Bowl champions in 2020. Oh what could have been. Well this year the Bears tried to right that wrong by drafting Justin Fields who I think would’ve been a better pick than Zach Wilson who went to the Jets at number 2 overall.

Fields isn’t afraid to step out of the pocket and use his feet, hence his 1,133 rushing yards over three years at college. Also in his 2020 season, Fields threw for 2,100 yards with 22 touchdowns and 70% completion. He is certainly a more Mahomes type player which must’ve been on the minds of the coaches before making this pick.

The Jaguars struggled last season and only won one game. Their offense has been crying out for a franchise QB, and Lawrence is exactly that. He has an exceptional college and high school record with 86 wins and just four losses, so the guy clearly knows how to win which is precisely what is needed in Jacksonville.

In his three years at Clemson, Lawrence threw for 10,098 yards, throwing 90 total touchdown’s and had a completion of 67%. He is also impressive on his feet, rushing for 943 yards and scoring 18 touchdowns. Successful offenses these days rely on a QB that keeps the defence thinking. Take Lamar Jackson and Kyler Murray for example, they’re two of the best rushing QB’s in the NFL and I think Lawrence has the potential to be just as good.

The number four overall pick in the draft is my top pick. Kyle Pitts, the highest drafted tight end ever in the NFL was selected by the Atlanta Falcons and they now have a serious threat at their disposal. He can do it all with his rare combination of speed, size, agility, athleticism and elite ball-skills, so he’ll no doubt need special coverage from the defences he faces.

He’s been compared to Las Vegas Raiders tight end Darren Waller, who last season had 90 receptions for 1,145 yards and three touchdowns on the year in a struggling Raiders offense. He’s also been tipped for similar levels of success to Travis Kelce, George Kittle and Zach Ertz, who are some of the best in that position.

Last season, Pitts caught 43 passes for 770 yards which averages out at 17.9 yards per reception and scored 12 touchdowns. Falcons QB Matt Ryan will have a field day throwing the ball as not only does he have one of the best receivers in the league in Julio Jones, but now he has a tight end with endless potential and the ability to be one of the best ever NFL tight end’s. I’m expecting Atlanta to be a force in the 2021 season and beyond, thanks in large part to Kyle Pitts. 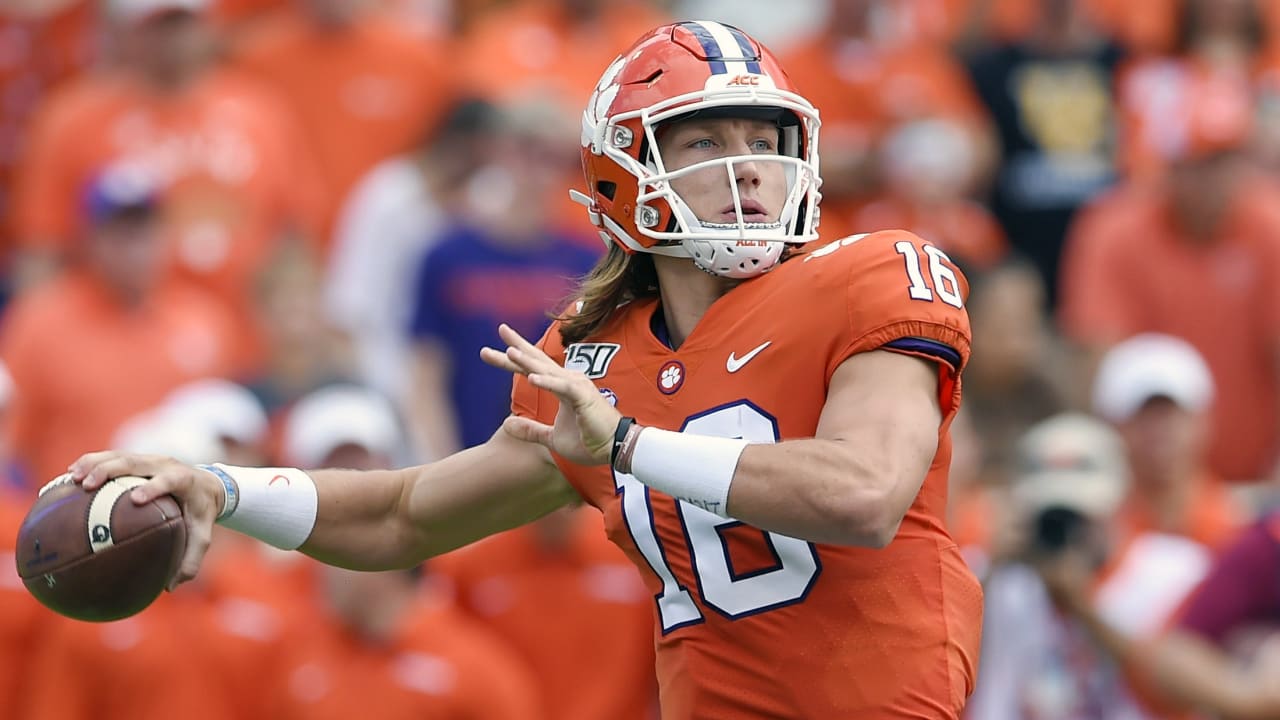