Sunday night was the occasion for the Los Angeles Lakers to get their first win of the season against the Memphis Grizzlies led by Ja Morant. After their loss against the Suns and the tension that appeared between Anthony Davis and Dwight Howard, the next games of the Lakers would scrutinize, mainly to see if this team composed of veterans could fit.

After a difficult start for his first two games as a Lakers, Carmelo Anthony produced on Sunday night a great performance that helped his team to win this game despite the incredible performance of Ja Morant. Melo scored 28 points in 27 minutes from the bench (10/15 FG & 6/8 3 points). With his last 3 points, Carmelo Anthony passed Moses Malone and moved up to 9th on the all-time scoring list. Hopefully, for the Lakers, Carmelo Anthony will be able to repeat this kind of performance during the season and the Play-Offs when he will need it the most. After the game, Lebron James reflected on the achievement of his teammate:

”I think it’s always sweeter when you win and even more sweeter when it just happens organically. He was playing straight up flow and rhythm basketball. To move into ninth all-time on the scoring leaderboard is special. Usually, when some of my friends have these kind of achievements, I text them or call them or Facetime them and put something on social media. In this case, I got to do it in person because he’s my teammate now. I got to do it in person. That made it special for me.”

For the Lakers’ Big 3, Lebron James (19 points, 6 rebounds & 6 assists), Anthony Davis (22 points & 8 rebounds) and Russell Westbrook compiled 13 points, 7 rebounds, 13 assists but 9 turnovers. It seems that Westbrook is starting to adjust to his new role in the team with productions closer to his standard in the last two games.

Before the start of the season, Ja Morant declared being one of the Top 5 point guards in the League and he is doing everything to prove himself right. In the first 3 games of the season, Ja is averaging 35 points & 8 assists per game. Last night against the Lakers was just another display of his talent. After his game last night, Ja became the first Memphis Grizzlies player to ever put up 40 points & 10 assists in a game. Unfortunately, for his team, he had the opportunity to tie the game and go to overtime but missed a decisive free throw.

”I really don’t care about what I’ve done tonight. I missed a free throw to tie it. That’s pretty much the only thing on my mind.”

Memphis: Next game on Wednesday at Portland.

LA Lakers: Next game at San Antonio on Tuesday.

The Brooklyn Nets opened their season at home against the Hornets on Sunday, after their win against the Sixers. The Nets played this game without Blake Griffin as he had a night off for the first back-to-back game of the season.

Kevin Durant had once again a great night, the forward scored 38 points in 36 minutes, Harden put up 15 points, 7 rebounds & 8 assists. Obviously, Kyrie’s absence is going to have a negative impact on his team in the Play-Offs but in the regular season Kevin Durant and James Harden should easily compensate for his absence and hopefully, Patty Mills or Blake Griffin could step up during the season. After this loss, Kevin Durant was once again asked about Kyrie Irving’s absence:

”We definitely want Kyrie Irving out here on the floor and he’s a huge part of what we do, but it’s not happening right now. So we’ve got to figure it out. But nobody’s going to lose confidence while we’re playing and hope Kyrie comes and saves us during the game. No, you’ve got to play.”

After their win against the Nets on Sunday night, the Hornets are now 3-0 which is the first time in the franchise history. Miles Bridges (32 points & 9 rebounds) was a key element in the victory of his team over the Nets. LaMelo Ball scored 18 points in 26 minutes, he did not play in the fourth quarter.

We look at the Lakers and Nets game here. 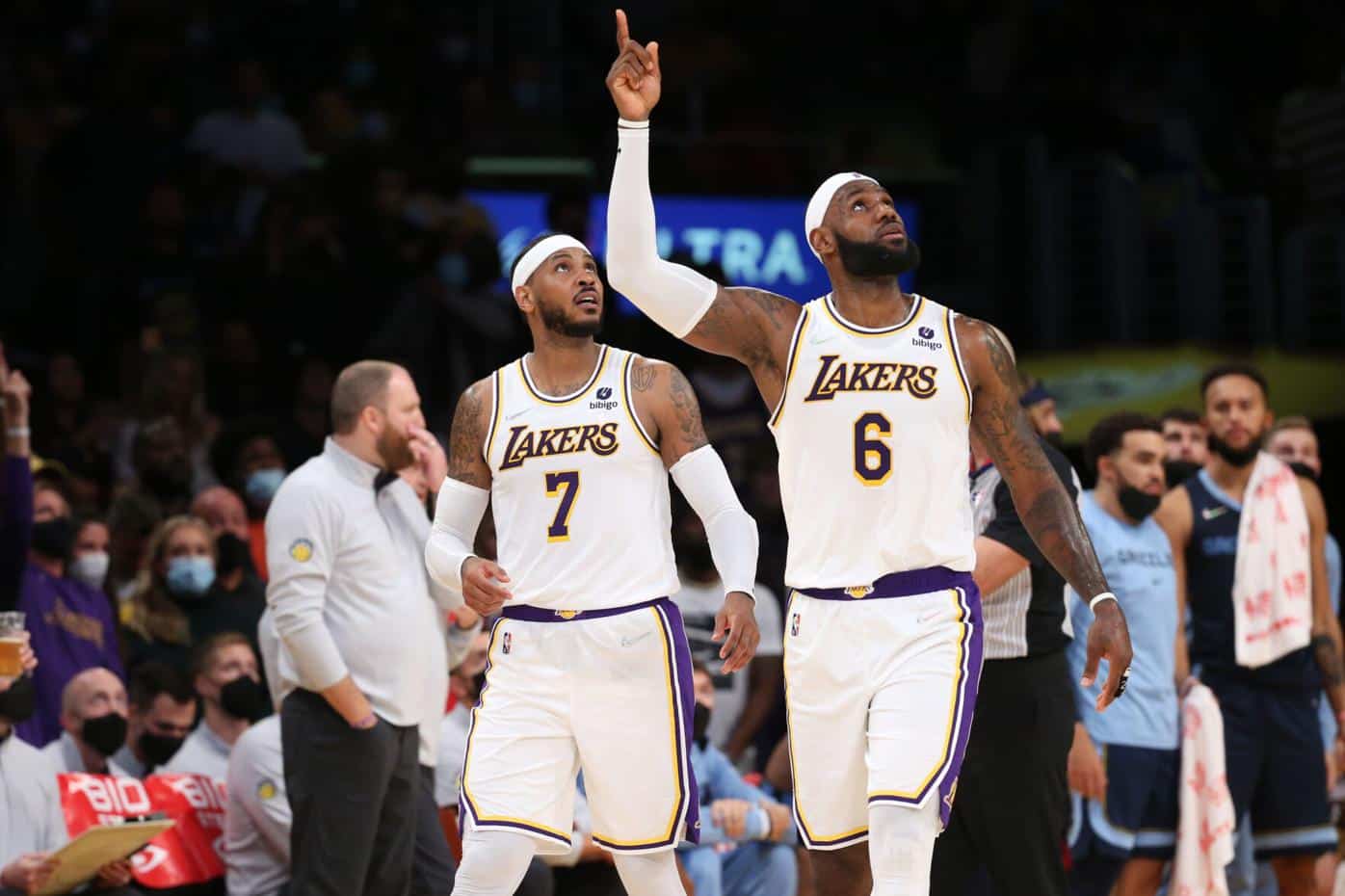