It’s no secret that Red Bull like to try out new drivers and are constantly changing drivers who pair up with Verstappen, Red Bull typically at the beginning would always compare drivers to how Verstappen was doing and if they didn’t perform to the standard he was they would be out of the team.

In the more recent years, we have seen a change in this, one example was that they gave Alex Albon more than half a season to prove himself and unfortunately he wasn’t able to so they decided to change him out for Perez.

There was a lot of speculation around the time of the Belgium GP which was is Sergio Perez fit for the Red Bull? and did he deserve another season? Fortunately, Helmut Marko also saw what we fans saw which was he did deserve another season at minimum, and that he is clearly much more at one with the car in comparison to the past drivers.

ALSO READ:  Mercedes and Red Bull: The statistics behind the fight

But by how much is he ahead of the previous Red Bull drivers?

Since Ricciardo left Red Bull they have had a traumatic experience finding a new teammate for Max and somebody that could push the team to the next level and just bridge that gap to Mercedes.

3 Drivers have been trialed since the seat came open, those drivers were Pierre Gasly, Alex Albon and Sergio Perez.

The first driver to be given the seat was Pierre Gasly who was extremely new in Formula 1 and didn’t have much experience to his name so was instantly at a disadvantage. Unfortunately for Gasly, his time at Red Bull was a completely miserable experience with being slandered by Red Bull and later on being unfashionably and brutally replaced by Albon halfway through the season.

Albon would then take over for the rest of the 2019 season and convinced the team to take him on for another season which they did, sadly the 2020 season didn’t go his way and he only managed to get 2 podiums the whole season so to see him be replaced was saddening but reasonable.

ALSO READ:  Does Charles Leclerc Have What It Takes To Be A World Champion?

Sergio Perez was the man to be selected for the drive after he was booted out of Racing Point and looked like he had nowhere to go but Red Bull came in and offered him the seat.

How Has Perez Done This Season?

Sergio Perez so far this season has gotten 4 podiums and 1 race win. His race win came at Azerbaijan and his other 3 podiums came at France, Turkey and the USA.

If we compare the Podiums and wins of all the drivers Gasly nor Albon won a race and they only managed to get 2 podiums between them so it’s easy to see that Perez has excelled at Red Bull.

So we can definitely see by the stats that Sergio is more at one with the car and is able to give Red Bull that stride closer to seal the Constructors Championship and help Max in his quest to claim his first Drivers Championship.

Currently, Max Verstappen leads the Drivers Championship by 12 points (287.5) in comparison to Hamilton (275.5) and Red Bull are 23 points behind Mercedes in the Constructors, so let’s see if Perez can continue his run of form and help the team seal the Championship and let’s also be excited to see what the future holds for Perez at Red Bull. 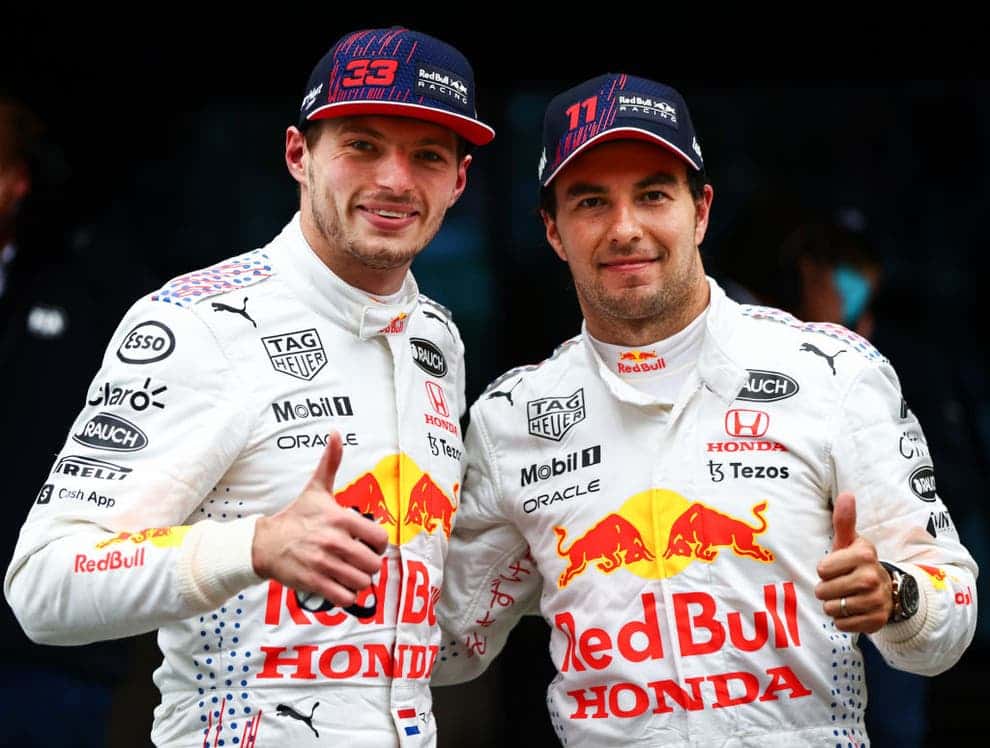