Lazio Football Club is an Italian football club based in Rome, known mainly for their love for the beautiful game of soccer. They are annual participants in the Italian top league, Serie A, and usually pull their weight in challenging for titles and trophies.

They have been Italian Scudetto winners twice in 1974 and 2000, and have lifted the prestigious Coppa Italia a whopping seven times, the Supercoppa Italiana three times and the European collections of the UEFA Cup Winner’s Cup and Super Cup once each.

Their first taste of success was recorded in 1956, where they won the domestic cup, after which they lifted their first Serie A title in 1974, after warding off competition from Italian horsepowers, Juventus.

The 90s was the most successful period in Lazio history, as they reached their first UEFA Cup final in 1998, and won both the UEFA Cup Winner’s Cup and the UEFA Super Cup in 1999, crowning it with the Serie A title in 2000.

The economic crisis hit in the year 2002 which depleted club funds whilst selling off star players, therefore Lazio’s success took a downturn. In spite of these hiccups, Lazio successful recorded Coppa Italia title wins in 2004, 2009, 2013 and 2019..

The traditional jersey colours of Lazio are basically sky blue shirts on white shorts with white or sky blue socks used interchangeably which represent Rome’s ancient Hellenic Legacy. The Stadio Olimpico in Rome with a capacity of about 70,634 fans serves as the home stadium for Lazio and they share this with their closest rivals A.S Roma.

The first organized game played by Lazio was in 1929 and achieved a second-place finish, under the leadership of Legendary Striker Silvio Piola. There were mixed upper and mid-table results in the 1950s with a solitary Serie A win in 1958.

A sad moment in Lazio’s history was the. the year 1961, when they were relegated into Serie B, the second-tier football league in Italy. In two years, they regained promotion into Italy’s top league, but after a series of inconsistent mid-table finishes, they ended up in the relegation once again in 1970/1971 season.

After returning a year after, Lazio emerged as an Italian horsepower challenging both Juventus and Milan for the Scudetto, but losing out in the final days. The team boasted of star players like captain Giuseppe Wilson, as well as midfielders Luciano Re Cecconiand Mario Frustalupi, striker Giorgio Chinaglia, and head coach Tommaso Maestrelli. Lazio improved such successes the following season, ensuring its first title in 1973–74. 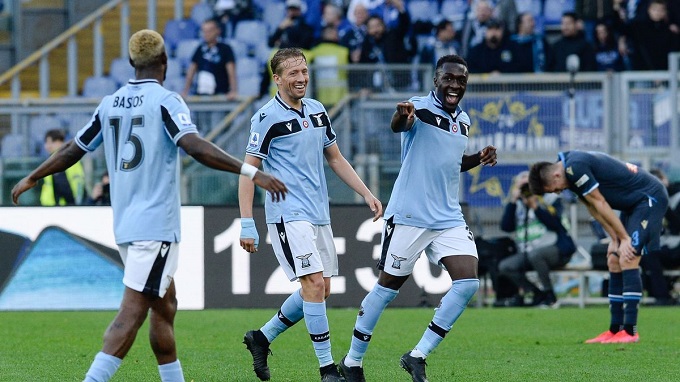