Liam Smith won the battle of Liverpool defeating Anthony Fowler at a sold-out M&S bank arena, in a much-anticipated crossroads fight for both men.

Smith having lost out on his last two bouts was in a must-win fight to save his career at the highest level. Yet Fowler had shown some significant improvements with his new head trainer Shane McGuigan in what would have been a step-up fight for himself as he looks to break into the world level.

Smith dropped Fowler twice in the eighth-round stoppage win. Smith a former WBO super welterweight champion showed his experience controlling the majority of the fight. Nights against the likes of Saul Canelo Alvarez proving pivotal against the young contender.

Fowler had made a lively start with Smith suffering a cut over his left eye in the first round. However, Smith fired back in the fifth round dropping the fellow scouser. Yet Smith did well to survive the crisis managing to have a good 6th round where he landed a decent left hook.

But Smith managed to end the bout with a good left hook that sent Fowler to the canvas forcing the stoppage by referee Howard Foster. Following his victory speaking to the boxing scene he stated that his experience played a pivotal part in the victory.

“It was a great fight and I knew it would be competitive, especially for the first six rounds,” Smith said.

“He’s a quality fighter when he’s fresh, but I said all along about experience. I feel I’ve got a good enough chin at this level as I’ve been hit by bigger punchers.

Speaking to IFL TV promoter Eddie Hearn confirmed that he and team Smith would be chasing the Jessie Vargas fight in America in early 2022. Hearn expects the fight to happen in either Las Vegas or Liverpool. Smith is likely to favour the fight to take place in front of his home crowd having enjoyed the atmosphere which was created at the M&S Bank Arena.

Jessie Vargas 32 an American who is a former two-weight world champion looks set to take that fight having worked with Eddie Hearn’s Matchroom on previous fights. “Hopefully we can make the Jessie Vargas fight now. Thank you to everyone who came out, it was a night I’ll never forget.”

Earlier that night Troy Williamson became the new British super-welterweight champion after he ended an epic clash against Ted Cheeseman with a 10th-round knockout. Both men exchanged heavy blows throughout the fight in what was seen as the fight of the night in a sold-out M&S Bank Arena.

Williamson finally delivered a final punch as a right uppercut dropped Cheeseman on his back, with referee Michael Alexander signalling the finish.

Also that night Shannon Courtenay underwent more disappointment as she was beaten by Jamie Mitchell on a majority decision after losing her WBA bantamweight belt on the scales after failing to make weight on Friday.

Courtenay, who had been unable to make the limit at the weigh-in, was outworked by the American challenger, who claimed the WBA title. Eddie Hearn confirmed that Courtenay came into the fight with a knee injury and had issues during camp in the lead-up to the fight. However, she and lead trainer Adam Booth decided to go ahead with the fight with a rematch already in place in the pre-fight contract agreement. It is not known how long Courtenay will be out for but a rematch is expected in early 2022 and could take place in America. 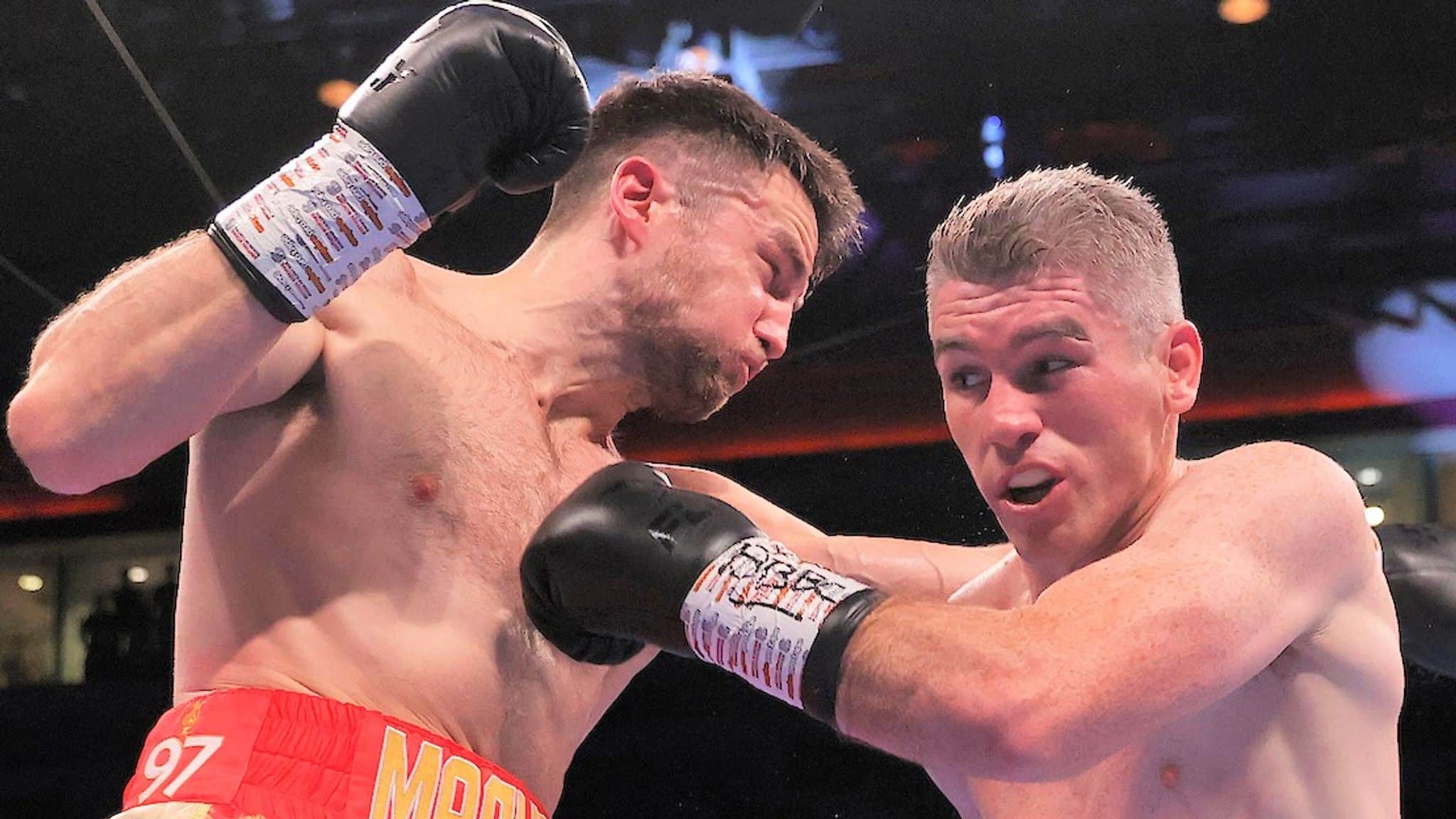