Liverpool’s slow start to the season continued with another frustrating performance at the weekend in their 3-3 draw with Brighton & Hove Albion.

The Reds have accumulated a total of ten points out of a possible 21 so far in the Premier League, and are currently sitting in ninth place, eleven points behind league leaders Arsenal.

But what exactly are the reasons for Liverpool’s slow start to the season?

Liverpool Continues to Stutter in the Premier League

One of the biggest issues for Jurgen Klopp’s side is their lack of defensive cohesion. In recent times, Liverpool have always had one of the very best defences not just in the Premier League, but in world football.

It was this solidity at the back that gave them the platform they needed to dominate games. However, defensively, they have been a shambles this season.

Their very own Mr Consistent, Virgil van Dijk, has been a shadow of his former self, and Trent Alexander-Arnold, a player who once looked like the best right-back in world football, has struggled as well.

But beyond just individual performances, Klopp’s defensive system as a whole doesn’t seem to be clicking as well as it once did. The combination of these many factors has led to Liverpool conceding nine goals in just seven Premier League games. For context, that is the same amount as West Ham, who are currently sixteenth in the Premier League.

Unfortunately for Liverpool, they also have issues at the other end of the pitch.

They may have thumped Bournemouth 9-0 previously, but take away that game, and The Reds have scored just nine goals in the remaining six games. That’s not necessarily a bad return for the majority of teams, but Liverpool isn’t in the majority, or shouldn’t be at least, and that figure needs to rise if they are to secure a top-four finish.

The truth is, the signings they made to refresh their front line have disrupted the flow of the attack and have failed to have the effect that the Liverpool board and Jurgen Klopp would have been desiring.

Darwin Nunez is yet to live up to his price tag, Diogo Jota, although having displayed good form previously, is struggling, and their main man, Mohammed Salah, has scored just two Premier League goals this season.

The fact that Roberto Firmino, a player whom Nunez was supposed to replace, is Liverpool’s current Premier League top goalscorer with five goals, highlights the shortcomings Klopp’s side is currently facing in the attack.

Finally, and perhaps most importantly, Liverpool’s midfield has been decimated by injuries this season.

Klopp has rarely been able to field his favoured midfield three of Fabinho, Henderson and Thiago with the trio all struggling with injuries. To intensify the situation, their replacements have also had their injury issues, with Liverpool currently without Oxlade-Chamberlain, Naby Keita and Curtis Jones.

This has had a huge impact on Klopp’s team and is partly the reason for their struggles at the back, and in the attack. Jordan Henderson is vital as he allows Alexander-Arnold to join the attack and covers any spaces he leaves behind. The right-back himself has previously said: “I don’t think I would have been able to make the steps as quick as I was able to without him being around and being there for me.”

The absence of Thiago for large parts of the season has also had a huge impact on the team’s ability to move the ball quickly and break the opposition down. Harvey Elliot is the man that has more often than not been tasked with doing this job in the Spaniard’s absence, however, the 19-year-old simply isn’t at that level yet.

In truth, Liverpool’s slow start to the season is due to a wide variety of factors and, unfortunately, there doesn’t seem to be a quick fix. However, with Henderson, Thiago and Fabinho all starting at the weekend, Liverpool will hopefully be able to find their rhythm in the coming weeks and climb up the Premier League table once again. 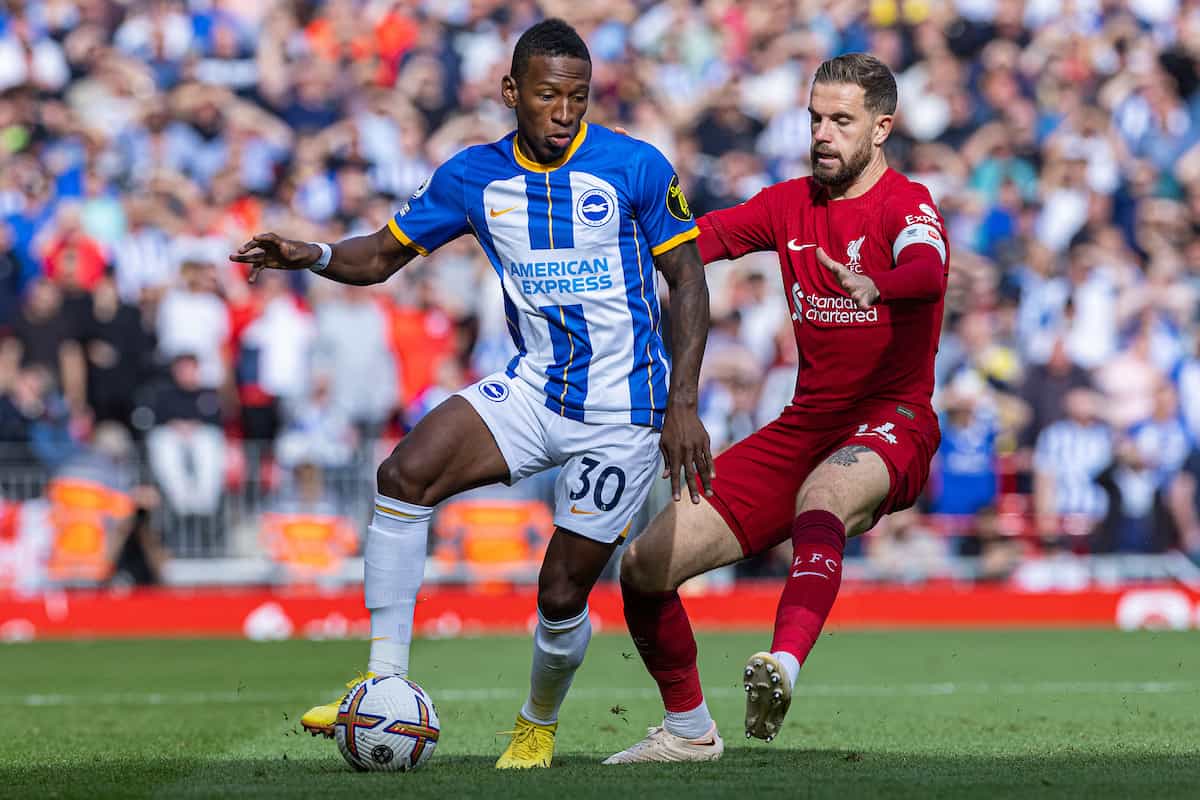