It was a thrilling season finale with Leicester, Liverpool, and Chelsea all battling for the Champions League places. The exciting part is that all games started at the same timing, so there’s a kind of buzz of what happened over there and all that stuff which made it even more engaging.

As it concluded, run-ins from both Chelsea and Liverpool saw them secure third and fourth place respectively, while Leicester endured a nightmare result as they fell foul of Tottenham’s 4-2 comeback victory at King power.

Let’s have a look at some of the games from this weekend’s Premier League action.

Playing at Anfield in front of supporters has sparked life in Liverpool side and they maintained the tempo throughout the game and came out with a comfortable 2-0 win over Palace.

As expected the Reds dominated an excessive amount of possession and created a whole lot of huge chances but lacked precision on a few occasions but saviour Mane got them over the line thanks to his brace.

The game started with Palace creating few very decent opportunities, as Mitchell picks up a loose ball in the centre of the field and picks out Zaha on the left wing with a ball over the top. Zaha outwits Phillips to release a shot from the left side of the six-yard box but went straight at Alisson.

In the 4th minute, Wijnaldum gives away a cheap freekick at the right edge of the box area, Townsend surprised everyone by taking a dig straight goal from there thankfully Alisson was alert to it and batted it over the crossbar.

Liverpool have a few chances in the first half an hour of the game, like Alexander-Arnold’s long-range shot from outside the box but too much whip took it a foot or so off the top right-hand corner, and Williams also sending a towering header over the bar from a corner delivery.

Finally, at the 38th minute, the Reds for all their possession and positive play found a breakthrough with a very scrappy goal from Sadio Mane, A whipped corner from Robertson deflected to the back post by Phillips towards onrushing Firmino and Mane who drilled it from a couple of yards out. It’s a messy goal but anything would do for them in the heat of the moment.

Mane continued his remarkable record against Palace, with his 8th consecutive goal against them. He again scored on the 72nd minute to seal the UCL spot for the reds. Thiago picked out Fabinho in the midfield who sends Salah away on the right-wing only to find Mane in open space on the left pocket of the box, Mane pulls the trigger from his left foot, The shot was towards the bottom left corner, low, powerful and got deflected by defender making it impossible for Guita to anticipate.

The Reds’ determination to not give up on the Top 4 has paid off and despite lots of injuries to key players and many players underperforming they somehow managed to secure Champions League football for next season.

At the end of the game, the Liverpool players and staff gave Wijnaldum a guard of honor so it seems that he’ll not be at Anfield next season and off to some European giant maybe a Barcelona or a Bayern.

On the final day of the Premier League season, the Champions wraps up the season in style as they send Aguero a perfect farewell by thumping Everton 5-0 at the Etihad this evening.

The Citizens in the stands were long awaiting for Aguero to come on, so they can grace the legend for the last time in Sky Blue colours and the Argentinean never disappoints the Citizens as he scored a superb brace after coming off the bench.

Everton started decently and had an early opening when Sigurdsson’s fine pass found Calvert-Lewin, but his low shot from a tight angle was parried away by Ederson. A few moments later Gabriel was 1v1 with Pickford who made an excellent save to deny the Brazilian from a tight angle.

It didn’t take Citizens a lot of time to go ahead in the game, At 11th-minute KDB fired a low long-range bullet from outside the box, It bounced and fizzed so absolutely no chance for Pickford.

City went two up in the opening 15 minutes with Michael Keane dispossessed while dribbling through the City midfield, It gave City a chance to breakfast and KDB’s through ball to Gabriel Jesus on the left side, The Brazilian cuts inside to beat one defender and put the ball in the back of the net past, Pickford.

The next action comes in the 34th minute when while playing it out from the back a heavy pass from KDB sets Richarlison through on goal he was brought down in the box, a clear cut penalty awarded.

Ederson makes an excellent save to deny Gylfi Sigurdsson from 12 yards, A poor pen by Gylfi though.

City was coasting Mahrez striking the bar, Phil Foden saw an effort deflected wide, they were catching Everton on the counter all day long.

In the 53rd minute, Doucoure gave the ball away in the midfield, Jesus runs forward and fed Sterling, who in turn lays it off for Foden to score with an Intelligent finish to the bottom right of Pickford.

Then enters the Premier League Legend into the frame, Aguero was very well known for his heroics against QPR on the season finale. He again showed the world what a predator and graceful finisher he is. He scored the first one with a deft finish from outside of his boot just nicking inside the left post, you just cannot describe or train that finish.

Five minutes later Aguero finds himself unmarked in the box, He made a delightful run and headed home Fernandinho’s cross. A fairytale ending to his remarkable Man City career.

It was a disaster class performance from the Ancelloti side, as they were completely outdone by a Man City side on top gear. This loss reflected the large cracks in the Everton squad and it’s needless to say Ancelloti has a big rebuild job in the upcoming summer transfer window. 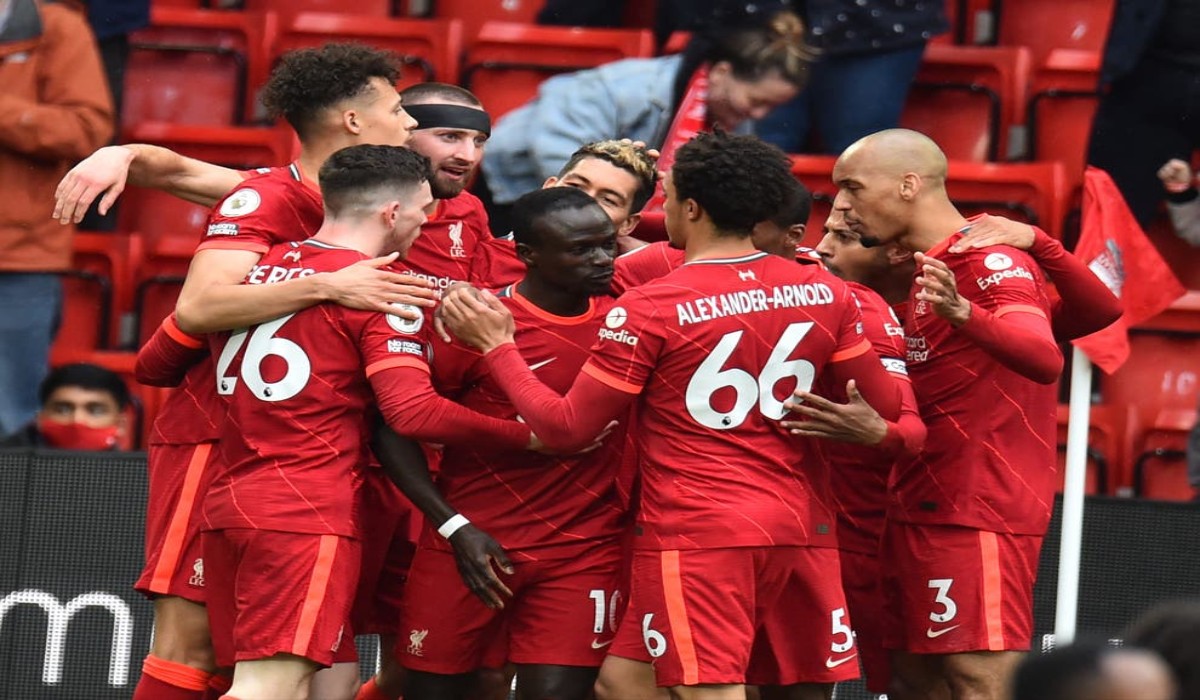