Palace have never come back from behind at half-time to win a Premier League game under Roy Hodgson, but they did today despite Villa’s star man Jack Grealish making an appearance after a lengthy injury spell on the sidelines.

Villa went ahead after 17 minutes as John McGinn scored his third goal of the season. Palace captain Gary Cahill’s headed clearance fell to McGinn on the edge of the box who hit it first time with the inside of his left boot and found the bottom corner after going in off the post.

Hodgson’s side levelled not long after as Christian Benteke rose highest to head home from close range. Tyrick Mitchell crossed in from the left and found Benteke who rose above Ezri Konsa to guide the header past Emi Martinez and score against his old team.

The visitors again took the lead just two minutes after Benteke’s goal and this time Anwar El-Ghazi put them ahead. The Palace defence failed to clear a cross by McGinn as Cheikhou Kouyate’s header went straight up and was again not cleared by Cahill. Instead, Ollie Watkins flicked the ball backwards which found El-Ghazi unmarked at the back post who fired it past the keeper.

Wilfried Zaha drew Palace level with 15 minutes to go after a deflection off Ahmed El Mohamady. Eberechi Eze picked out Zaha with a through ball, who then ran at the Villa defence from the left, shifted the ball onto his right foot and aimed a shot on goal which went in at the near post thanks to the deflection to make it 2-2.

Eze almost got a goal for himself not long before the end, but the crossbar denied his curling effort from long range. Martinez positioned himself ready for a cross, but Eze had a go at goal himself and almost caught him out and will be grateful that the woodwork was there to save him.

The home side eventually took a deserved lead with six minutes to go through Mitchell. Eze was again involved as his rather awkward, bouncing effort fell to Mitchell who stuck it in from a yard out. There were questions of a handball from Mitchell, but replays showed that it came off the shoulder which is a legal part of the body to score with.

The result meant both teams stay where they were, with Villa in 11th and Palace in 13th.

Tottenham leapfrog London rivals West Ham into sixth place after a 2-0 home win against Wolves thanks to goals from Harry Kane and Pierre-Emile Hojbjerg.

Japhet Tanganga came in for Serge Aurier at right back and was the only change that Ryan Mason made for the clash against Wolves. The visitors made four changes as Nuno Espirito Santo recalled Nelson Semedo, Romain Saiss, Adama Traore and Leander Dendoncker with Ruben Neves missing out.

Tottenham bossed the first half but couldn’t make a breakthrough against a resilient Wolves defence lead by Conor Coady. They were, however, rewarded for their efforts just a few seconds before the half time whistle to take the lead. Kane found himself through on goal thanks to a defence-splitting through ball from Hojbjerg. Coady made an attempt to block but Kane’s clever feet took it just wide of the Wolves skipper which gave him the angle to side-foot it past the keeper.

The home side started the second half like they did the first and they should’ve doubled their lead as Dele picked the pocket of Joao Moutinho and had Gareth Bale and Kane ahead of him. He chose to slide in Kane who’s effort was tipped onto the post and the rebound then fell to Dele who hit the other post. Wolves can count themselves lucky that they were only one behind with Spurs not being able to make the most of their chances.

Tottenham finally did get the second and full credit has to be given to Sergio Reguilon who showed great determination to keep the ball in and put a cross into a dangerous area. He found Bale who fired an effort towards the near post but again was denied by Rui Patricio. However, Hojbjerg was quick to get on the rebound to stab it into the net to score his second goal in is Spurs career.

The visitors came back into the game slightly in the closing minutes but in the end, it was not enough to really trouble Spurs who deserved the three points and keep their hopes of European Football alive.

Liverpool goalkeeper Alisson scored a last gasp winner to send the reds into ecstasy after a dramatic 2-1 victory over West Brom, to keep their push for the top four alive.

Both teams made changes for today’s game as Liverpool were forced into a late one with Diogo Jota now out for the rest of the season. Sadio Mane came back into the side to replace him despite a slight falling out with Jurgen Klopp after his omission from the win over Manchester United. Curtis Jones replaced Gini Wijnaldum as the other change for Liverpool with Hal Robson-Kanu and Grady Diangana coming in for Mbaye Diagne and Callum Robson for West Brom.

To most people’s surprise it as the baggies who took the lead after 15 minutes through an equally surprising source. Robson-Kanu, who hadn’t started a Premier League game in three-and-a-half years, found himself on the scoresheet after smartly finishing a one-on-one chance created by Matheus Pereira.

However, their lead didn’t last long as Mohamed Salah equalised to move level with Harry Kane in the Golden Boot race. The goal came from nothing as the goal was rebounding around on the edge of the box, but Mane managed to get a toe on it to put it into the path of Salah who whips a shot into the far corner.

West Brom thought they’d taken the lead again but it was controversially ruled out for offside. Semi Ajayi won the header which fell to Kyle Bartley who finished, but VAR made the decision that Matt Phillips was interfering with Alisson’s line of sight despite not making a move towards the ball.

Liverpool was hammering down on their opposing goal and was dominating possession but still couldn’t find that second goal. However, with the very last play of the game, Liverpool took the lead in extraordinary circumstances as their goalkeeper Alisson scored after going up for a corner. Not one West Brom defender marked him and they were punished for it as Alisson guided the header into the far corner as if he does it every week.

A fantastic interview with Alisson, who dedicates his sensational last-minute goal to his father who passed away earlier this year 🙌 pic.twitter.com/4w2HsbaO16

The scenes were memorable with his teammates celebrating with him and the staff ecstatic on the bench and he gave one of the most heartfelt interviews with Sky Sports after the game which I’m sure will resonate with a lot of people.

Sheffield United shock Everton with a narrow 1-0 win at Goodison Park, thanks to an early winner from 17-year-old Daniel Jebbison.

Carlo Ancelotti made just one change to his Everton side for today’s game as James Rodriguez returned after a three-game absence and Gylfi Sigurdsson dropped to the bench. Sheffield United interim boss Paul Heckingbottom made three changes, most notably was the introduction of 17-year-old Jebbison who was given his full Premier League debut for the Blades.

The visitors took an early lead after just seven minutes and what a dream start to his debut it was for Jebbsion. Jack Robinson played a teasing ball across the face of goal which fell to Jebbison who left the Everton defence looking embarrassed with a poacher’s finish from six yards out.

The youngster was out on loan at National League North side Chorley earlier this season and is the youngest player in Premier League history to score on his first start, so it was a moment to remember for the forward.

Everton had most of the possession but was unable to break down a stubborn Sheffield defence, despite having 16 attempts on goal and 11 corners. The toffees severely lacked quality from set-pieces and in the final third which really hurt them today and looks to half ended their European hopes for this season.

On the other hand, Sheffield United have done themselves proud as today’s result against 8th placed Everton gives them their second away win of the season and the performance was worthy of it. Although they are likely to finish rock bottom of the league table, the result could give them some much-needed momentum going into the off-season and for life in the Championship. 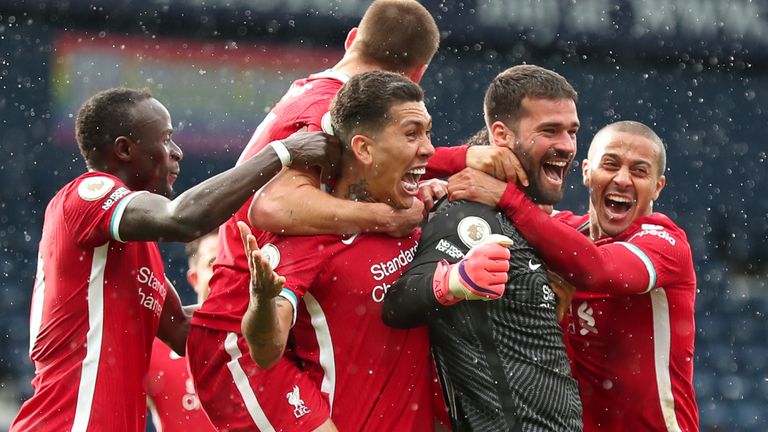