Jurgen Klopp (Liverpool manager), has warned his troops of complacency as they look to hold on to a solid 3-0 first-leg lead in their Champions League Quarter final tie against Manchester City tonight.

Liverpool scored all three goals in the first half of the first-leg at Anfield last Wednesday to give them a big chance of progressing into the semi-final of Europe’s biggest football competition.

Klopp, feels his side are not the outstanding favourites to reach the semi-finals:

“I am not interested (in the favourites tag),” said the German. “We are only in the lead. It is better than I expected but you all know there is still a lot of work to do.

“We are not thinking about who is favourite.”

Liverpool hot-property, Mohammed Salah, who has racked up 38 goals so far in all competitions this season, sat out Saturday’s goalless Merseyside derby game against Everton due to a groin injury.

Klopp is “Not 100 per cent” sure that the Egyptian forward will recover in time for tonight’s massive clash.

City, on the other hand, were hoping to come into the tie as Premier League champions, with a victory over local rivals Manchester United on Saturday.

It didn’t go to plan unfortunately, as they allowed a 2-0 lead to falter as Jose Mourinho’s Red Devils marched on with a 3-2 win at the Etihad.

Asked what effect the derby defeat might have, City manager Pep Guardiola responded:

“I don’t know, but if we are not able to cope with that psychologically, it will be a good lesson for the future.

“It is a test. Football, like life, is a challenge. We have 90 minutes plus extra time and what we have shown this year – even in the last game – we can create a lot of chances in the last few minutes.”

City hot-shot Sergio Aguero could be in contention for his first start for over a month due to a knee injury.

Defender John Stones is still in doubt after missing Saturday’s derby game due to a muscle problem.

City will still remain without French left-back Benjamin Mendy, having only returned to training after a long-term knee injury and is still lacking match-fitness.

Unfortunately, the Reds will be without Joel Matip, Emre Can, Adam Lallana and Joe Gomez for tonight’s trip to the Etihad due to injury; whilst captain Jordan Henderson will sit out with a suspension. 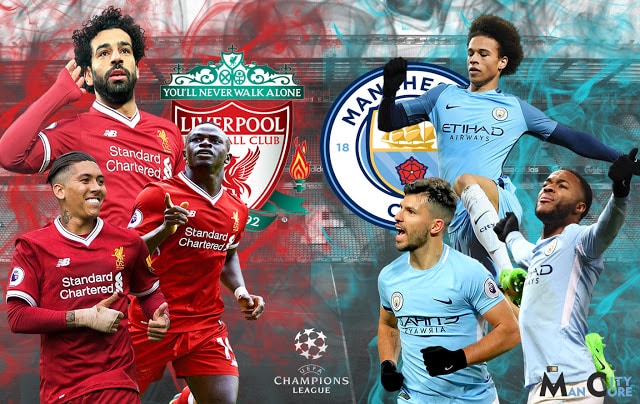