Despite being excluded from England’s 17-man squad, should Parkinson be making his test bow during the winter?

Not so long ago I wrote a preview ahead of the upcoming Ashes series and detailed England’s likely or unlikely chances of retaining the famous urn. You can read it here.

I reserved comments on the options or the lack of them in the spin department. I did this as I wanted to reserve judgment to see which direction Chris Silverwood wished to take his team.

Any touring team nowadays requires something to guarantee a chance of victory – at least one good spinner. Some teams, India, are lucky to have two. It doesn’t matter what part of the world you are in, at some point during a series, especially one as long as the Ashes, a team’s spinner must come to the fore and be the galvanising member of their team.

As I see it, Chris Silverwood (pictured below) had hit a fork in the road and he had to take his team in one of two directions. Either he went left, along a well-lit roman road, with a clear sight of almost certain defeat at the end of it. Or, he went right, along a dark, winding country lane, with no sight of its destination but the chance of victory hidden somewhere along the way.

Like a drunken Brit abroad stumbling out of a Bavarian boozer and scanning the streets for their way back to the hotel, Silverwood headed for the most recognisable and safe route with the highest chance of returning home relatively unscathed.

To play it safe, Silverwood has picked Somerset’s Jack Leach and former teammate Dom Bess, who has since made his way north to bear the White Rose (Yorkshire). In these two, he has a pair of tried and tested spinners who have proven themselves to be useful on the international stage (mainly with the bat) but also proven themselves to not be accurate enough, not be versatile to altering conditions, have little to no variation and most importantly, a complete inability to actually spin the ball.

The other option, and though it is highly risky going into a tour down under, it’s comfortably the most attractive of the two in my opinion. Having had no choice but to select a batting lineup of 30 merchants, and little to no pacemen to draw upon with only Mark Wood able to break the 90mph mark in the England squad, why not take the risk with the only choice that he actually had.

Now, I’m not saying that Matt Parkinson should be selected to make his debut on December 8, but I am saying that he should at the very least be on the plane. He’s coming off the back of his best summer, in which he has bowled with pace, patience, incredible accuracy considering his art and has produced three or four genuine ‘Ball of the Century’ contenders in one summer. He is at the height of his powers, a young and unscarred entity at the age of 24, bearing no marks of previous decimations with the England team, and he has a little something extra about him.

He cannot bat. My word he seriously cannot bat, and his fielding is questionable, but to use an Aussie term, he has mongrel. Whilst touring Australia, after my first game my captain referred to me as having mongrel when speaking with his father, to which his father replied “f*ck off, he’s a f*cking buttercup!” I would forgive you for thinking the same about Parkinson.

His appearance could be misconstrued as someone that has stumbled upon reasonable cricketing ability and is just pleased to be playing televised cricket. However, in order to succeed as a leg-spinner in the professional game, one needs a certain level of tenacity that no other discipline in the game can comprehend. For a legspinner, there are some seriously demoralising days as one traverses the mountains of junior, adult, and eventually professional cricket. There is such a small margin for error and so very much that can go wrong. So, for him to have succeeded even to this point shows tremendous heart and desire.

Now, my view is not simply conjectured. I have a few figures to back it up as well. In terms of the importance of a spinner in Ashes tours down under the statistics are clear. When comparing the victorious and defeated sides, the gap in quality and figures of the spinners involved is evident.

ALSO READ:  Can a Much-changed Tottenham Side Secure Victory?
Embed from Getty Images

Take the most recent series down under as a prime example. Australia’s four-pronged attack whistled through the England batting order with ease in all tests except on the freshly laid tarmac in Melbourne. All of the Australian bowlers took 20 wickets in the series with Pat Cummins leading the way on 23. Nathan Lyon (pictured above) took 21 wickets in the series in comparison to the six in total from England’s two spinners.

Moeen Ali and Mason Crane were the poms on that tour and were an insignificant force when compared to Lyon’s effectiveness. Crane may be excused as he was making his debut in the final test of a series that England had already been comprehensively beaten in. Ali however, had played over 40 tests in his career by the end of the series and average a catastrophic 115 with the ball throughout, taking just five wickets. The gulf in class between Lyon and Ali was one of the defining factors of the tour, not to mention that Lyon had Ali’s number in particular when the Englishman was at the crease.

The comparisons do not stop there. Taking England’s 2010/11 victory as another example. Graeme Swann took 15 wickets in partnership with James Anderson, Stuart Broad, Tim Bresnan, and Chris Tremlett as England dismantled Australia away for the first time since 1986/87. In comparison, Australia’s spin bowling was comprised of the inexperienced Xavier Doherty and Michael Beer, and part-time off-spinner Marcus North who took a measly five wickets between them.

And it doesn’t stop even there. In every series Down Under, going as far back as 1998/99, the victorious team has boasted the strongest spinner. Now, absolutely Australia had arguably the greatest spinner of all time throughout much of that time, but when he was sidelined for the 98/99 series due to a shoulder injury, Stuart MacGill stepped in and took 27 wickets topping the bowling charts. Between them, Robert Croft and Peter Such claimed 13 wickets in the series, with five of those being taken by Such in a single innings.

To cut a long comparison short, a quality spinner is quite important in the Southern Hemisphere, and Australia have exactly that. However, Parkinson is an unproven entity in international cricket, so what makes me so sure that he is the correct selection for the England side?

He has made considerable steps forward in recent years with this season being his breakthrough. In 2017, Parkinson took 14 wickets, averaging 22 at an economy of 4.01, a strong average but mainly due to his best figures of 7/105 in one innings. The following year, his stats represent a more accurate sample of his capabilities at that time.

In more than double the overs, Parkinson managed just two extra wickets, averaging 30.06 at a considerably better economy of 3.09 for his 16 wickets. In 2019, he reduced his average and economy whilst playing in Division Two, to 19.05 and 2.64, but in all of these seasons, he did not play more than six games in a single one.

In 2021, as well as strong white-ball showings, Parkinson featured in 11 county championship fixtures and took a total of 36 wickets at 20.55. However, that was not the thing that has been most impressive. His economy of 2.30 is remarkably low for a legspinner. He has been the most consistent portrayer of his art since, dare I say it, the great Shane Warne. And statistics suggest that he drifts and spins the ball more than anyone in world cricket currently.

It is a combination of these examples that gives me a strong belief that if not now, at some point in the not very distant future, Matt Parkinson will lead the line as England’s front line spinner, and my point is, with him bowling with such incredible control, tenacity, skill and patience, why not now?

Parkinson turns 25 on October 24, he has 102 first-class wickets to his name, four five-wicket hauls at an average of 23.35, and in my clear opinion, as stated above, a bright future ahead as England’s number one test match spinner. 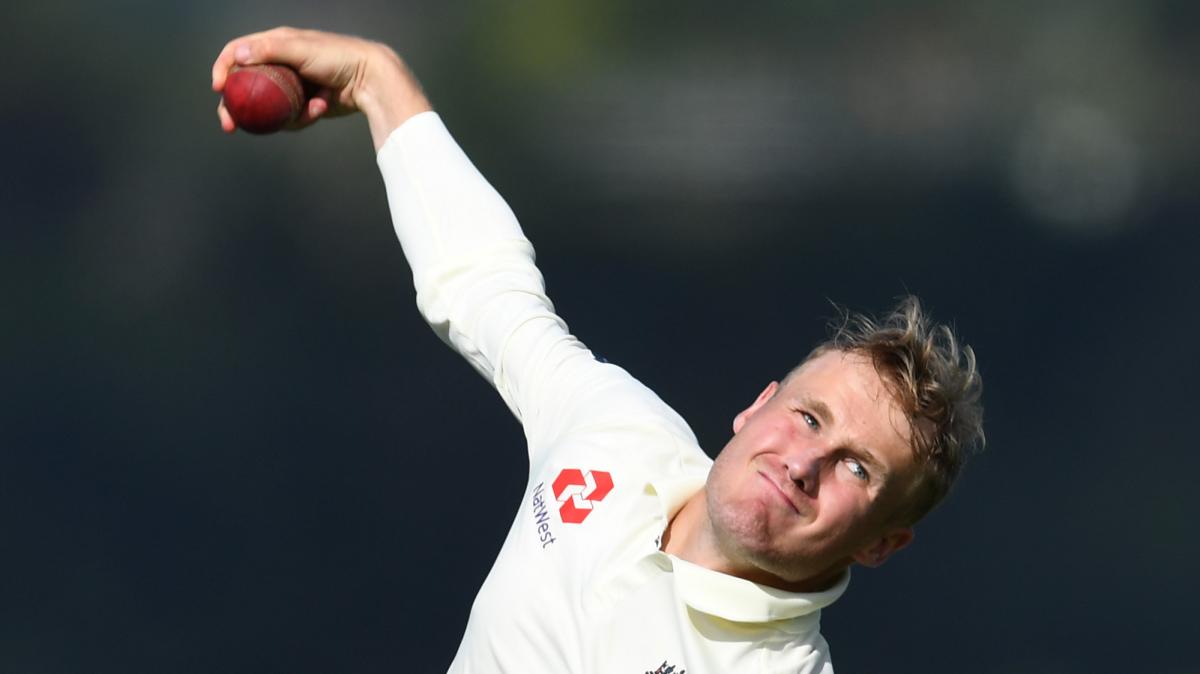