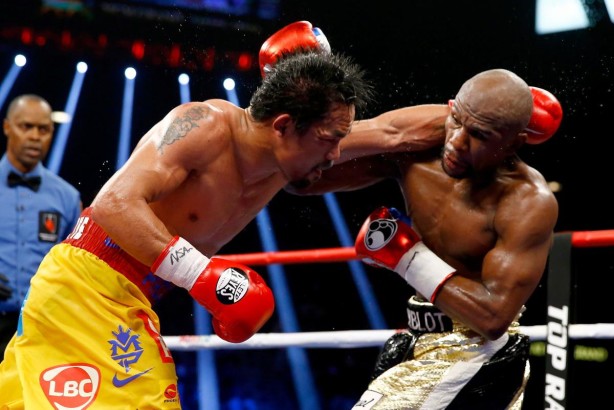 Floyd Mayweather Jr. was decalred the winner by unanimous decision at last night’s much anticipated mega-fight in the MGM Grand Las Vegas, walking away as the unified welterweight champion and remaining undefeated.

Final stats revealed that Mayweather connected 34% of punches, landing 148 punches out of 435.

Pacquiao connected 19% of his punches, landing 81 punches out of 429. Mayweather connected 25% of his jabs, landing 67 out of 267 jabs. Pacquiao’s jab stats were significantly lower, with Pacquiao landing 18 jabs out of 193, connecting only 9%.

Mayweather, who made it a point to receive a 9-figure paycheck during negotiations, would receive 60%, win or lose, while Pacquiao would receive 40%. Tickets were limited to the public, being priced between $1,500 to $7,500.

Tickets that were advertised on the secondary market were priced at $40,000 or more.

Mayweather plans on retiring this year, after one more fight in September.