After being put in to bat, Morgan’s side reach a total of 166-4 thanks to a quickfire fifty from Moeen Ali. Dawid Malan also chipped in with a gutsy 41 off 30. The innings ended with a small cameo from Liam Livingstone, who got 17 off 10.

The 2010 champions got off to the perfect start with the ball, when Martin Guptil was dismissed for four runs on just the third ball of the innings.

Skipper Williamson followed soon after for five with the score at 13-2.

Mitchell and Devon Conway steadied the ship for the Kiwis with a partnership of 82 for the fourth wicket.

Before Livingston had the left-hander stumped by Jos Buttler off Livingstone, with the score 95-3

England felt they were in with a chance with the part-timer claiming Glen Phillips as his second wicket.

But a cameo of 27 from Jimmy Neesham along with Mitchell’s unbeaten 72 ensured the Kiwis of their first T20 World Cup final.

After the match, Morgan praised his team for such a wonderful tournament.

“We have fought unbelievably hard throughout this tournament. We’ve represented ourselves really well but tonight we have come up short.

“That can happen in cricket but I am extremely proud of the guys.”

Meanwhile, Williamson was “chuffed with the heart shown” by his team.

“This is a really strong English side,” he added. “We knew it would be a great game of cricket and that was a case. It ebbed and flowed.”

The Kiwis will be waiting to see who they will face in Dubai on Sunday. Will it be Neighbours Australia or Babar Azam’s Pakistan?

As for England, they will be hoping to claim just their second Ashes Series victory down under.

Can they do it? 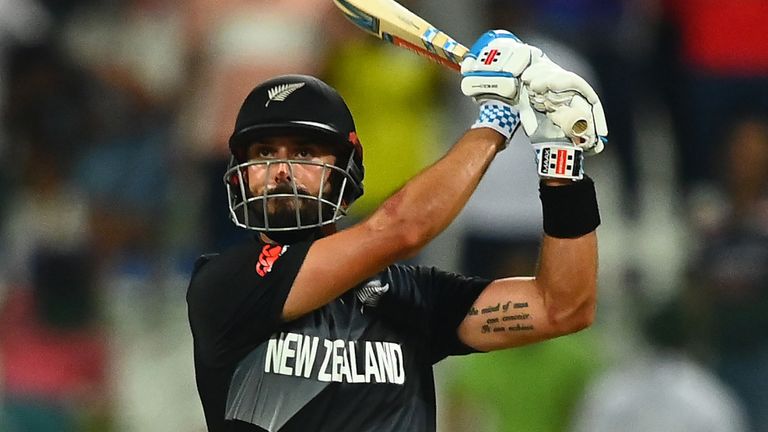