On the 2nd January 2022, Chelsea will host Liverpool in a historic game as it will mark the first time since 1994 that safe standing will be introduced in a top-flight game. But questions still remain about the proposition of safe standing in a top-flight ground and why now after nearly 30 years of successful all-seater stadiums are sports ministers deciding to change it?

Safe standing looks set to be reintroduced into the top two leagues of English Football. Manchester United, Manchester City, Chelsea, and Tottenham have all had their safe standing applications accepted by Sports Minister Nigel Huddleston as well as Championship side Cardiff City.

The ban on standing within stadiums across the top two divisions of English football came as a result of the Taylor Report. In the report, Taylor gave recommendations to improve stadium safety by suggesting all-seater stadiums should be introduced in order to create a safer spectacle for football fans.

The Taylor Report was an inquiry overseen by Lord Justice Taylor due to the Hillsborough disaster back in 1989 where 97 Liverpool fans sadly lost their lives. The inquiry looked into the cause of the fatality in which it concluded that the main cause for the disaster was the failure of the police to control the fans as there was ‘no provision’ for controlling spectators into the turnstile areas.

As a result of the report, the Football League and the Scottish Football League introduced regulations that required clubs in their respective leagues to adhere to the recommendation made in the Taylor report by August 1994.

In order for clubs to reintroduce safe standing into their grounds, they had to meet criteria set by the Sports Grounds Safety Authority (SGSA) before their application was approved. Some of the aspects of the criteria include seats with barriers/independent barriers for both home and away sections, seats cannot be locked up or down, there must also be one seat/space per person as well as it must not impact viewing standards of other fans.

The Sports Grounds Safety Authority is a regulatory body funded by the Department of Digital, Culture, Media and Sport.

In a report published in June, SGSA found that ‘installing barriers has had a positive impact on spectator safety in stadiums, particularly in mitigating the risk of possible crowd collapses.

Is it necessary to reintroduce Safe Standing?

Whilst a large section of fanbases and sporting authorities have been pushing the idea of safe standing for a number of years, others will take the view that areas of standing in football grounds are unnecessary and that spectators cannot be trusted to act in a safe way.

One main reason for concern is the behaviour of football fans. One horrific example of this is the recent Euro 2020 final, in which England fans with and without tickets to the game fought off stewards and police in order to gain entry into the stadium. As well as this, fans travelled from up and down the country to invade the capital and trash the streets they walked in on the day of the biggest sporting event for English sport since 1966.

A section of fans will be concerned that the reintroduction of safe standing could result in more of these abhorrent scenes we saw earlier this year on a much more frequent basis.

Only time will tell whether the reintroduction of safe standing will have a positive effect on the standard of the fan experience at top-flight level Football games as well as whether it will help the safety of the fans in the spectacle. 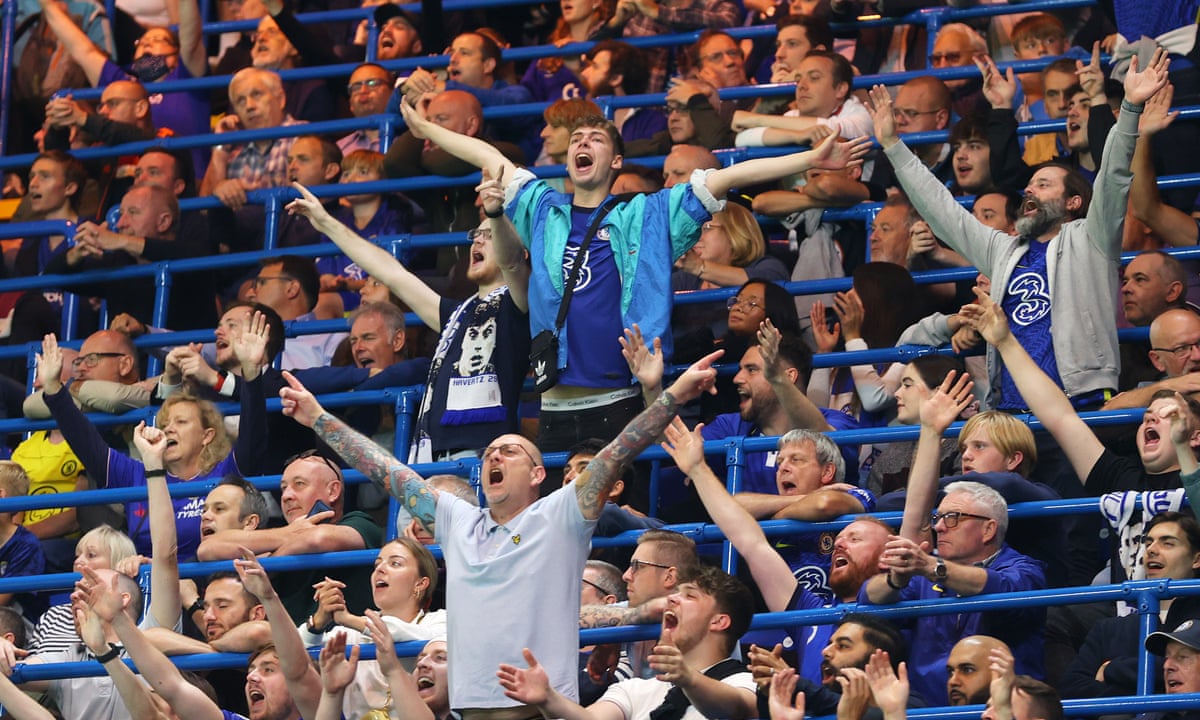