The 35 year old, Portuguese International breaks records, as it seems- for fun. He scored a brace to give the Old Lady 2-1 victory at the Allianz Stadium.

The five-time Ballon d’Or winner scored the opening goal in the 51st minute from the penalty spot after the VAR check and netted his second of the night moments later. Paulo Dybala should be given fair amount of credit for assisting the second goal. But, Ronaldo also well positioned himself to score the second one.

Ciro Immobile pulled back a goal for Lazio in the 83rd minute but it proved to be a consolation goal for the visitors.

Ronaldo now has 12 successful conversions from the penalty area.

Cristiano Ronaldo joined Juventus in 2018-19 after the successful run at Real Madrid and achieving all the possible honours.

The Juventus striker has broken different records during this match.

Cristiano has reached an incredible feat of 734 goals to his name, now moved to the second place in the most number of goals ever scored, alongside Romario, behind Pele with the tally of 767 goals.

For Manchester United, the Portuguese star scored 118 goals while for Real Madrid he scored 450.

Lionel Messi is only 33 years of age and there is high possibility,that he might eclipse Ronaldo and snatch the top spot.

The legendary striker,Ronaldo has become the Fastest Player to reach 50 Serie A goals, beating the likes of Andriy Shevchenko (68 games) and the Ronaldo Nazario (70 games).It just took him 61 games to reach the 50 goals mark in the league. 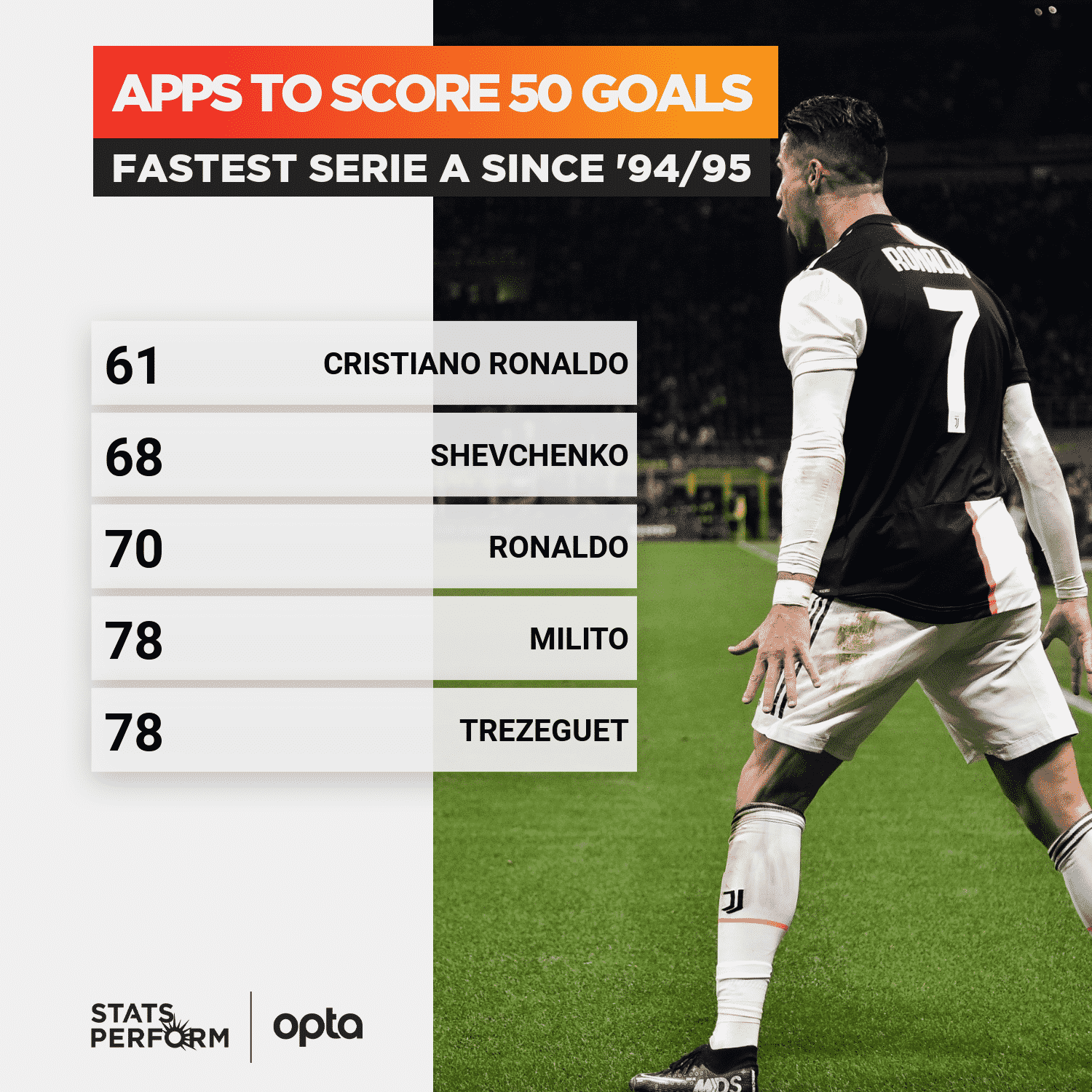 He is Juventus’ first player to score 30+ goals in a single season since the 1950s.

As per FIFA, the former Manchester United and Real Madrid star, Ronaldo is now the First Player ever to score 50 goals in the top flight European Leagues such as Premier League, Serie A and La Liga.This is an extraordinary achievement.

Ronaldo now has four games left to attempt beating the Serie A record of 36 goals in a season – set by Gonzalo Higuain with Napoli in 2015-16 – and Sarri wouldn’t be surprised if his star man did just that.

When Sarri was asked whether he could surpass the number, he said: “If he puts his mind to something, he’s very difficult to stop.”

According to Ronaldo,it is victory of the team which is significant and not the individual achievements.

“Records are always important, but the important thing is that the team wins”, Ronaldo told Sky Sport Italia

Juve are currently at the top of the table at 80 points, eight points ahead of nearest rivals Inter, with four Serie A fixtures remaining.

Majority of the players start to deteriorate in the age of 30s. But, Cristiano Ronaldo only has become better with his age. He has broken number of records and what a phenomenal career it has been for him. Now, he’s eyeing to top the list of most number of goals ever scored.

Will he be considered “The Greatest of All Time” then? 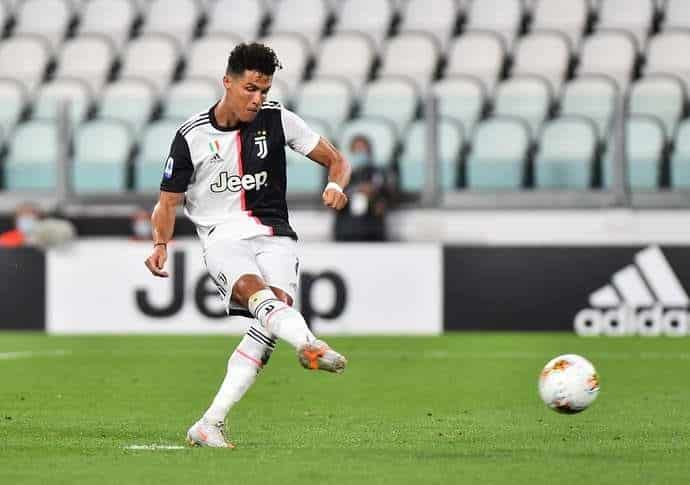